You are here: Home / Archives for Mark and Patricia McCloskey

Missouri’s governor has announced that he is releasing about $133 million in funding that was previously withheld, saying the state’s unemployment rate has improved and state revenues outpaced expectations. 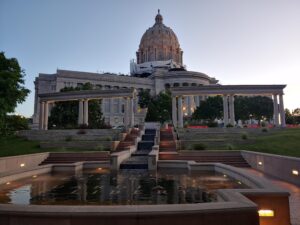 “These funds will be disbursed to school districts through DESE similar to the (education) foundation formula,” Parson says.

The funds will be distributed through the state Department of Elementary and Secondary Education (DESE) on a per-pupil basis.

Missouri Education Commissioner Dr. Margie Vandeven says schools continue to face unprecedented challenges this school year. She says the added expenses of operating schools during the pandemic has been a challenge, and that the money released by the governor will help.

Governor Parson says Missouri’s unemployment rate is less than half than originally projected.

“When we made those conservative budget decisions (budget restrictions), the projection was that Missouri’s unemployment rate would be around 16.3 (percent). However, our current unemployment rate is actually seven percent,” says Parson.

The governor says another factor is that September general revenue collections increased three percent from September 2019, from $917 million to $944 million this year.

About $10 million of the funding will be used to reimburse private colleges and universities for COVID-related expenses, including money spent to bring students back to campus safely.

The governor was also asked by a St. Louis television reporter about this week’s indictment of the McCloskeys in St. Louis.

Governor Parson is reiterating that he is prepared to pardon the St. Louis couple indicted for pointing guns at protesters outside their Central West End home in July. The governor says he would pardon Mark and Patricia McCloskey.

A St. Louis City grand jury indicted the McCloskeys on Tuesday for unlawful use of a weapon and evidence tampering.

The McCloskeys addressed the Republican National Convention in August, saying they feared for their safety that evening. But St. Louis Circuit Attorney Kim Gardner, a Democrat, says the protesters were nonviolent. She has described the McCloskeys’ conduct as “unacceptable.”

The Missouri Senate passed five special session bills about crime in the wee hours of Thursday morning. Members spent more than 16 hours on the legislation with the most time being consumed by House Bill 2. It deals with the admissibility of certain witness statements. The slowdown came when Sen. Bob Onder, R- Lake St. Louis, worked to tack on a contentious component that would let the Missouri Attorney General get involved in some St. Louis murder cases. 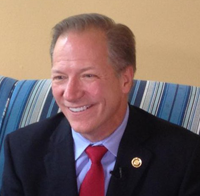 After several hours of debate, the measure was tabled. It re-emerged late Wednesday night when Onder gained enough support to call for a procedural motion known as the previous question. The controversial tactic forces a vote on the bill. The Senate voted 22-8 in favor of the proposal.

The effort is expected to face strong resistance in the House. The lower chamber did not take up the measure last week.

“Sometimes the evidence is just not there,” said Nasheed.

“But then when she prosecutes, she loses. How do you explain that, senator,” asked Onder.

Nasheed said Onder’s effort is politically motivated. Some Republicans have blasted Gardner for her handling of the criminal case involving former Gov. Eric Greitens and another one about Mark and Patricia McCloskey. The affluent St. Louis couple were charged with a felony over the summer for pointing guns on their property at protesters walking along their private street.

“She’s not doing her job. She’s too busy prosecuting the McCloskeys and the former governor while children are dying,” said Onder.

“This is bigger than her not prosecuting,” she said. “You know what this is about. This is about an African American woman.”

Onder fired back and said skin color has nothing to do with his beef with Gardner.

“It’s appalling to me that the sky falls and it’s Kim Gardner’s fault. You can call him the spin doctor if you’d like. He’s spinning the truth,” she said.

Nasheed told Sen. Andrew Koenig, R- Manchester, the state should not be getting involved in local cases. 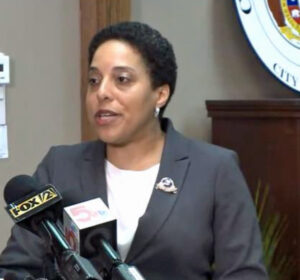 Nasheed questioned why Missourians are required to complete 40 hours to drive but no training is required to own a gun. She went on to blame Republican lawmakers relaxing gun laws for increased access to firearms in the inner cities.

Nasheed said lawmakers must fix the lack of funding for quality education in St. Louis and lack of job opportunities for vulnerable and poor people.

“We have to deal with the root cause and you cannot keep looking at an ugly tree in your backyard and hitting it from the top and thinking that it’s never going to grow again,” said Nasheed. “You have to pull it from its roots so it never grows again. And the root cause of our problems in the city of St. Louis is not Kim Gardner.”

*HB 2 would allow an otherwise inadmissible witness statement if a “preponderance” of evidence shows the defendant engaged in wrongdoing to cause the unavailability of the witness. It also lets the Missouri Attorney General intervene in some St. Louis murder cases.

*HB 66 would create a fund to protect witnesses, potential witnesses and their immediate family members during criminal proceedings or investigations.

*HB 46 would lift a requirement for St. Louis first responders to live within the city.

*HB 11 would criminalize adults who knowingly encourage, aid, or cause a child under 17 years old to commit a crime with a weapon.

*HB 16 would toughen the penalty for selling or giving a firearm to someone under 18 years old to avoid or interfere with an arrest, detention, or investigation of a crime. 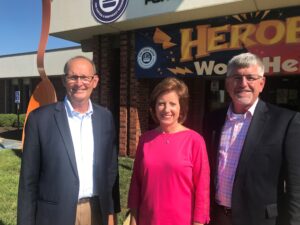