You are here: Home / Archives for Lindsey Simmons 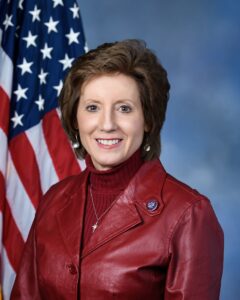 The 24-county district includes Columbia, Moberly, Sedalia, Warrensburg, Waynesville, Lebanon and Nevada. Fort Leonard Wood near Waynesville and Whiteman Air Force Base near Knob Noster are both located in the 4th District.

In-person and written testimony will be accepted Thursday morning at 8:30 at the Statehouse. The Missouri House Special Committee on Redistricting is looking for information from residents about the district’s characteristics, including the things that make it good and bad.

U.S. Rep. Vicky Hartzler (R-Harrisonville) has represented the district since 2011. She is serving in her sixth term on Capitol Hill, and is on the House Armed Services and Agriculture committees.

The late U.S. Rep. Ike Skelton (D-Lexington) was the last Democrat to represent the sprawling district. He served 17 terms and 34 years in Congress, including a stint as chairman of the House Armed Services Committee.