You are here: Home / Archives for Lieutenant Governor Mike Kehoe

About 2,000 people are expected to attend Monday’s inauguration ceremonies at the Missouri Capitol in Jefferson City. The festivities will help kick off the historic celebration of 200 years of Missouri history. 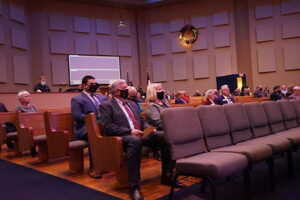 “That’s one of the exciting things about being a part of this, not just for myself but my family. I have two young boys and for them to be parts of history and things and then learn about it, this is just an amazing experience,” Hicks says.

James Harris of Jefferson City, who co-chairs the inaugural committee, tells Missourinet that he expects about 2,000 people to attend. The ceremony on the Capitol lawn will start Monday morning at 11:07, with Bicentennial remarks from Gary Kremer of the State Historical Society of Missouri.

August will be the 200th anniversary of Missouri’s statehood.

After a performance from the Missouri State University Chorale, Senate President Pro Tem Dave Schatz, R-Sullivan, will convene a rare joint session of the Legislature, on the Capitol lawn.

Governor Parson appointed Judge Castle to her position in October.

Attorney General Schmitt will be sworn-in by Judge Thomas Albers.

Governor Parson will be sworn-in at high noon, after the bells ring at the nearby St. Peter Catholic Church. He will deliver his inaugural address at 12:04, and it’s expected to be a 16-minute speech.

Representative Hicks expects hope and safety to be two of the themes in the governor’s inaugural address. Hicks says COVID remains a major issue.

“I think the people (Missourians) are wanting to hear him (Governor Parson) say that we’re secure, we’re going to be safe. We’ve got viruses, we’re implementing them. He does have a great (vaccine) plan for it. I’ve read it, I’ve seen it,” says Hicks.

Our live Missourinet inauguration coverage begins Monday morning at 10:30, with Brian Hauswirth, Alisa Nelson and Bob Priddy at the Capitol.

Click here to listen to Brian Hauswirth’s two-minute interview with State Rep. Ron Hicks, R-Defiance, which was recorded at the Missouri Capitol in Jefferson City on January 8, 2021:

The state Development Finance Board has delayed a vote on a proposed low-interest loan program for smaller Missouri cities who have experienced financial pain from the coronavirus. Executive Director Bob Miserez tells Missourinet the $5 million plan could be limited to Missouri towns with a population of 25,000 or fewer. 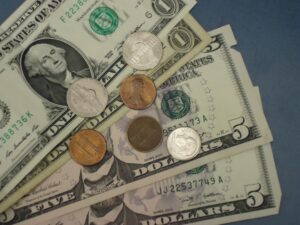 “We didn’t know how much that limited amount of funds was going to really impact and be meaningful to the largest cities in the state,” he says. “Plus, they’re a lot more sophisticated and they do have access to other programs. They’re going to be hurting also but we didn’t know that we would be meaningful and have a real impact to them.”

Miserez says all but about 29 Missouri cities could qualify.

The board is considering a loan minimum of $50,000 to a maximum $300,000 to help cover essential services like police, fire department and waste management.

“There’s a lot of programs out there that can help small businesses,” he says. “We could also, but we didn’t see that kind of assistance going to local governments and we knew that they were going to be facing budget shortfalls. When you get to a point like we got this year where the revenues just fall off the cliff, how do they then match what they’re not receiving to pay the costs that they’ve already obligated themselves to pay?”

Members are looking at a plan that could include loans between one year and four years with a stair step interest rate structure. Under the initial proposal, cities who would get a loan would be required to shell out a $1,000 deposit.

“Basically to escrow – to help us offset the costs of developing this and the legal to develop the loan documents, which are going to be fairly simple but then we’re not going to charge any loan origination fees thereafter. We were proposing that upon approval and funding of a loan that the $1,000 be rebated back to them. In effect, it would cost them nothing to apply,” says Miserez.

If approved, the program could be up and running by mid to end of July. The board could vote on the proposal later this month.