You are here: Home / Archives for legalization

The sponsor of a bill that would legalize the possession and growing of limited amounts of marijuana says it would end what he considers “inefficient and ineffective policing” that detracts from “rational law enforcement. 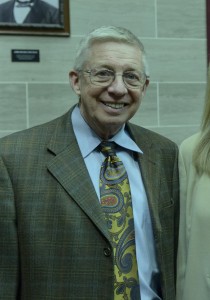 Representative Chris Kelly (D-Columbia) tells the House Committee on Crime Prevention and Public Safety, he once opposed the legalization of marijuana. He says it was during his time as a Boone County Associate Circuit Judge that he began to change his mind.

“I changed kind of gradually,” says Kelly. “I saw too many young people whose lives were ruined by convictions for small amounts of marijuana.”

Kelly’s bill would make legal the possession of up to a pound of usable or solid marijuana and up to 72 ounces of marijuana in liquid form. It would create a system for licensing growers and retailers and for taxing the sale of pot, while exempting those who grow their own in limited amounts.

It is the by-products that interested some parents who testified, including Heidi Rayl. She tells the committee Kelly’s bill would allow her to make a compound to treat her son, Zayden.

“He’s four years old and has a genetic condition that is very rare called MCSZ,” Rayl testified. She says the disorder has many symptoms, the most severe of which is intractable epilepsy. “I look at my son’s suffering and it breaks my heart that I can’t fix it. I can’t fix his boo-boo.”

Jason Grellner with the Missouri Narcotics Officers Association tells a House Committee the state should proceed slowly with the pursuit of medical applications of marijuana.

He argues one of the unforseen consequences of marijuana legalization in other states has involved children getting a hold of products made with THC, the primary psychoactive agent in marijuana.

“When we have individuals that are making brownies, carrot cake, cookies, peanut butter, granola bars, ice cream … how’s a child supposed to know the difference between a brownie that isn’t infused with THC and one that is?” Grellner asks the committee. “You have marketing of ring pops, of marijuana and THC-infused sodas with pictures of horses and apes.”

Michael Halford with the Troopers’ Association shares the concern that because legalization would make marijuana more available, it would result in more children getting their hands on it.

The committee has not held a vote on the proposal.

A House Committee will hold a hearing on a bill that would legalize possession of up to a pound of marijuana and set up a system for licensing growers and retailers and taxing the sale of pot.

Representative Chris Kelly (D-Columbia) took the language from one of several initiative petitions with similar aims. He argues there is no evidence that marijuana is any more dangerous than alcohol or other substances.

His bill would create exemptions for those who grow their own marijuana, allowing an individual to have up to eight plants without a tax or license and up to 16 ounces of usable marijuana or solid marijuana and up to 72 ounces of marijuana in liquid form.

The hearing is in the basement of the Capitol Monday at 5 p.m. or when the House adjourns in the afternoon.  The legislation is HB 1659.

Reporter Mike Lear interviews Representative Stanley Cox (R-Sedalia) about the status of the House’s work to rewrite the state’s criminal code, with particular focus on what it might mean for various drug offense penalties and whether he thinks it is the place to decriminalize or lessen penalties for marijuana.