You are here: Home / Archives for Keith Schafer

Governor Jay Nixon has announced a proposal to pay for construction of a new Fulton State Hospital using appropriation bonds. 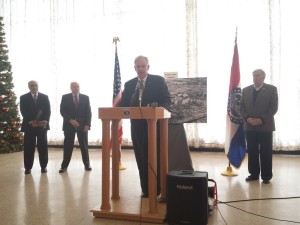 Nixon also announced he would release $11-million that he had withheld in a supplemental budget bill that included a total of $13-million for the purpose of designing a new hospital. The cost to design and build a new mental hospital has been estimated at $211-million dollars. Nixon proposes using a strategic bond issuance to make up the remainder.

The plan will be part of his proposal for the Fiscal Year 2015 budget.

Nixon says legislative support for replacing the current facility at Fulton grew last year as legislators were weighing asking voters to approve up to $1.2-billion in general obligation bonds to address capital needs at state facilities as well colleges and universities throughout Missouri.

He calls the project long overdue and says he wanted to separate it out from that discussion.

“I just don’t want this one to get into the complicated mish-mash of the session,” Nixon says. “It’s just too important a project to be put into the pile of all the projects.”

At least one state lawmaker says he would be a “nay” if the proposal reaches a vote. Representative Chris Kelly (D-Columbia) says issuing bonds without voter approval is unconstitutional. 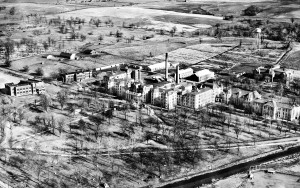 This arial photo of Fulton State Hospital was taken in 1934, and shows many buildings that are gone including the main building destroyed by fire in the 1950s. (courtesy; Craig C. Chapman of Cx3 Photography)

Kelly likens the proposal to deficit spending in Washington D.C.

“It would appear to me as if the Governor’s preparing to be a United States Congressman if he’s willing to borrow like this, because they have more experience with this borrowing than we do in Missouri.”

Nixon says the Metropolitan St. Louis Psychiatric Hospital, the Northwest Missouri Psychiatric Rehabilitation Center, the Bonne Terre Correctional Facility and the Truman State Office Building in Jefferson City are all public projects that were paid for with appropriation bonds.

Nixon says, “I don’t think that legislators and governors over the years have had any trouble doing this when it’s appropriate, and when we’ve done what we’ve done in a bipartisan way over the last fe years which is to lessen the debt load for the state. It is clearly a mechanism that … is appropriate for a project of this magnitude at this time.”

Fulton Behavioral Health Division Director Mark Stringer was supportive of the legislative effort to pay for Fulton with general obligation bonds, but says he’s relieved at the Governor’s proposal because it wouldn’t take the additional time to go in front of voters.

He says the outdated facility lends itself to violence and workplace injuries with issues like poor lines of sight and echoing cooridors that can agitate patients.

“Fulton State Hospital is one of the most dangerous places in Missouri to work,” Stringer says. “I have staff there and patients who are getting injured every day in large part because of the sorry condition of that facility. Anything that we can do to get a new facility as quickly as possible and as safely as possible, I’m in favor of.”

Fulton State Hospital is the oldest operating psychiatric facility west of the Mississippi, having opened in 1851.  The oldest building still standing on the site dates back to 1937.

The Department of Mental Health could take a $68 million hit to its budget if money withheld by Governor Jay Nixon is not released at some point. 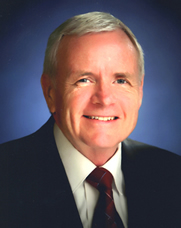 Director Keith Schafer says $28 million of General Revenue was withheld. That money and the programs it supports draw down federal dollars, which account for the other $40 million. He says that’s how much the Department stands to lose if the legislature votes in September to overturn the Governor’s veto of House Bill 253. If that veto stands, he is hopeful that money will be released.

Of that $28 million, $20 million would go to mental health provider rate increases.

Schafer explains, “Our mental health providers are pretty significantly behind in terms of keeping up with inflation with their rates.”

$2 million was withheld that would go to services for non-Medicaid eligible individuals. Schafer says that includes, “about 500 adults in need of things like alcohol and drug abuse treatment, about 90 kids in need of a whole range of mental health services.”

$4 million was withheld for the Department in the state employee pay plan and $2 million for expenses and equipment.

Schafer says some important money was left in the budget, though. A $10 million increase proposed by the Governor in January remains in place to train professionals how to recognize early warnings signs of mental illness, to train law enforcement in mental health crisis intervention, to increase services at community health centers and to teach families how to care for loved ones with mental illness.

Also supported is a program called Disease Management 3700 that deals with people with serious, persistent mental illness and chronic, serious health conditions that are on the Medicaid rolls.

“What you’ll find is those people cost the state a lot of money and their outcomes are not very strong … we have begun to track them and provide better care coordination for those folks.”

The Governor also withheld $13 million in a supplemental budget bill for capital improvements that would pay for the design of a new State Mental Hospital at Fulton.

Many lawmakers echoed discussions taking place nationally about improving mental health care in light of incidence such as the shootings in Sandy Hook, Connecticut that left 20 children at a school and 8 others dead. Those discussions often focus on a need for earlier diagnosis and treatment of mental illness in young people.

Schafer says that $10 million dollar increase will help, but says the best way for the Department to reach young people earlier will be for Missouri to adopt Medicaid expansion.

“Had the state extended Medicaid to individuals up to 138 percent of the poverty level an awful lot of young people we’re talking about would have become immediately eligible for those services just based on income. We could have intervened much, much quicker and much earlier, so I’m still hopeful that will happen.”

Schafer estimates if Medicaid expansion is adopted in Missouri, at least 50,000 more people could benefit from greater mental health treatment.

“Because the issue is so large, it would be very difficult for the legislature to make a dramatic impact outside of the Medicaid extension program.”

So far, three legislative committees are going to study Medicaid reform and expansion during the legislative interim. Schafer says his Department expects to be very engaged in the work of those committees, beginning this afternoon when the Senate Interim Committee on Medicaid Transformation and Reform meets.

The Director of the state’s Mental Health Department says there are several ways Missouri can improve mental health care, but says meaningful improvement will be difficult without Medicaid expansion.

Keith Schafer says one of the big problems with behavioral health care is that people can’t access his agency’s services without Medicaid eligibility. He says young people with mental illness could take 5 or 6 years to get a disability determination.

He says with expanded eligibility, “It will particularly allow young people 18 to 25, 18 to 30, to reach into our services much more quickly before their situation escalates to the point that it’s extremely expensive and very difficult to resolve.”

Schafer knows more attention is on mental health now, particularly after the shooting at a Connecticut school in December, but he says the mental health field has a long way to go to prevent tragedies.

He says, “We need to get better, if we can, at detecting what combination of factors cause a young person who’s struggling with mental illness to move into that level of reacting against society … we will never have the ability to fully predict when a person with mental illness or without mental illness becomes violent.”

Schafer emphasizes working more with families of young people with mental health issues through entities like the Missouri chapter of the National Alliance for the Mentally Ill (NAMI).

He also says early intervention funding must be figured out.

“We can not wait until we become a high-end, crisis focused 42-year-old person who has already been through all the crises and has just now become Medicaid eligible. It just doesn’t work that way.”

Some Republican budget makers want to find non-budgetary ways to improve mental health care. Schafer says there are some possibilities, and they begin with public perception.

“The beginning of this process has to address greater understanding on the part of the Missouri public that mental illness can be understood and we can do the right thing when we identify a person who’s having problems. Beyond that, once we create that understanding I think services will come because people then will clamor for those services.”

“Let’s suppose I get a lot better with Missouri citizens who are recognizing the need for mental health treatment and actually even talk their loved one into getting treatment but that loved one has no coverage whatsoever. Then the question is, what do we do? We rely almost totally on emergency room services, inpatient services, charity care and none of that is a coordinated, careful approach over time to making sure the individual understands the illness, gets on their medication, stays on their medication.”

“I can just tell you from my point of view as the Director of the Department of Mental Health, We need funding streams for young people. We can not wait until they go for years and years until they reach a categorical eligibility and then finally get them in service. If we’re going to make a difference here we’re going to have to reach them earlier.”