You are here: Home / Archives for Kareem Rush 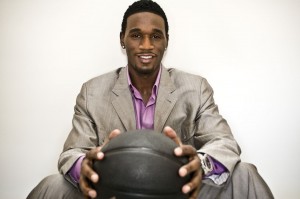 Former Missouri Basketball star Kareem Rush is coming back to Mizzou to perform at the 2011 ROARS. The NBA veteran, who spent parts of seven pro seasons will entertain Missouri student-athletes and fans on May 2 at Mizzou Arena (6 p.m.) with music from his debut album, Rehabbing R&B.

The ROARS enters its third year and is an ESPN ESPY-style event, which highlights the individual and team accomplishments of Missouri student-athletes over the past year. The event is free to the public and the red-carpet arrival of the Tigers begins at 6 p.m. on Walsworth Plaza.

END_OF_DOCUMENT_TOKEN_TO_BE_REPLACED

A proposed merger between Smithfield Foods – the nation’s number one hog producer – and Premium Standard Farms – the country’s second-largest pork producer and one of the biggest pork processors – has gained the attention of the Missouri Attorney General. Spokesman Scott Holste says Jay Nixon is concerned the merger might violate state anti-trust laws as well as hurt farmers and consumers. Holste says Nixon will be checking with his counterparts throughout the country. Holste says Nixon has been successful in getting companies to restructure mergers in the past, pointing to the restructured takeover by Smithfield of Murphy Family Farms in 2000.

Kareem Rush plans to skip his senior season at Missouri to enter the NBA draft. Rush averaged 19.8 points last season, and was named to the All-Big 12 team. And coach Quin Snyder says Rush also learned to do other things besides score–including rebounding and passing–in his last year at Mizzou. Rush has not hired an agent, so it’s still possible for him to return to Missouri, although that seems unlikely. He can change his mind until June 26, one week before the draft.

Today’s St. Louis Post-Dispatch reports that Missouri junior forward Kareem Rush will return to school for his senior year if he is not projected as a lottery pick in the NBA Draft. Rush leads the Tigers in scoring this season, pouring in 20 points per game. He scored a career-high 33 points in Mizzou’s quarterfinal loss to Texas in last week’s Big 12 Tournament.

The Missouri Tigers road struggles in the Big 12 continued last night with a 91-68 loss in Lubbock to Texas Tech. The Tigers are now 2-5 in conference games away from home. Andre Emmett led five Red Raiders in double figures with 26 points. The Tigers trailed by just four at the break but Tech outscored Mizzou 48-29 over the final twenty minutes to coast to the victory. Tech shot 53% from the field for the game and 71% in the second half. Missouri, by contrast, hit on just 38% of its attempts from the floor. Kareem Rush led Mizzou with 22 points, Clarence Gilbert chipped in with 18. The Tigers fall to 18-9 overall on the season. They are now 7-6 in the Big 12.

The Missouri Tiger men’s basketball team is off until Saturday as they take a break for finals, but even though they aren’t playing, the #2 team in the country continues to earn recognition. Senior shooting guard Clarence Gilbert has been named the Big 12’s Player of the Week after averaging 23.5 points a game in the last two Mizzou wins. Gilbert is the second Tiger in three weeks to be named player of the week. Kareem Rush captured the honor late last month.

It was a rout at the Hearnes Center last night as #3 Missouri hammered Jackson State 106-68 to improve to 6-0 on the season. The Tigers shot 57 percent from the field in the win and they outrebounded the visitors 54-26. The Tigers put this game away in the second half, outscoring Jackson State 58-33 over the final twenty minutes. Kareem Rush led all scorers last night with 24 points for Mizzou. The Tigers will return to the court tommorrow afternoon when they host Grambling.

The fifth-ranked Missouri men’s basketball team has advanced to the finals of the Guardians Classic after picking up a 75-68 win over #22 Alabama last night in Kansas City. Tigers had to win this game down the stretch without preseason All-American Kareem Rush, he left the contest with eight minutes remaining after taking an elbow to the face from Alabama’s Demetrius Smith. Despite missing the stretch drive of the game, Rush finished with 16 points. Clarence Gilbert led Mizzou with 18 points, he also pulled down nine rebounds. The Tigers will now face #9 Iowa in the title game tonight. The Hawkeyes slipped past #12 memphis last night 75-71 in the other semi-final. Rush’s status for tonight’s game is up in the air.

Misouri junior swingman Kareem Rush has been named a first-team preseason All-American by the Associated Press. Rush is coming off an outstanding sophomore season in which he averaged 21.1 points per game. Last night, Rush scored 23 point and pulled down 12 rebounds in Mizzou’s 88-68 exhibition win over the Illinois All-Stars.

The University of Missouri mens basketball team had little trouble with the Illinois All-Stars last night in exhibition action, rolling to an 88-68 win. Three Tigers topped the 20 point mark in this one, Kareem Rush and Clarence Gilbert finished with 23, Wesley Stokes had 22. Rush added 12 rebounds to the cause and Missouri as a team outrebounded the All-Stars 56-39. The regular season starts for the Tigers a week from yesterday (November 13th) when they host Tennessee-Martin as part of the Guardians Classic.