You are here: Home / Archives for Kansas City Fire Department

Missouri’s governor has ordered flags to fly at half-staff on Wednesday at fire stations statewide to honor a Kansas City Fire Department EMT, who is the state’s first known COVID-19 line-of-duty death of a first responder. 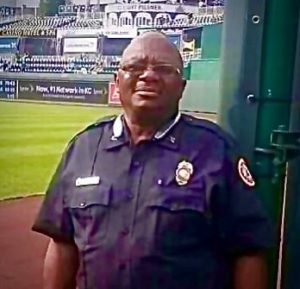 The funeral for Kansas City Fire EMT Billy Birmingham will take place Wednesday morning at 11 in Kansas City, according to information from Duane Harvey Funeral Directors.

Governor Mike Parson’s order also means U.S. and Missouri flags will fly at half-staff Wednesday at the Fire Fighters Memorial of Missouri, which is located in Kingdom City. That’s about 30 miles north of Jefferson City. They will also fly at half-staff at all government buildings Wednesday in Cass, Clay, Jackson and Platte Counties, the four counties that comprise Kansas City.

The governor notes that Mr. Birmingham, 69, died on April 13, after responding to several service calls in which there were patients positive for COVID-19.

“In the face of this unprecedented public health crisis, Billy Birmingham repeatedly and without hesitation risked his own health and safety by responding to emergency calls,” Governor Parson says in a statement. “EMT Birmingham died heroically and selflessly in service to others. His death is a reminder to all of us to appreciate and thank the EMTs, paramedics, and all first responders who are serving on the frontlines in the battle against COVID-19.”

Governor Parson also notes that Mr. Birmingham was an ordained minister, who founded Agape Love Ministries of Christ Unlimited in 2012.