You are here: Home / Archives for Joint Committee on Agriculture

A veteran Missouri lawmaker who serves on the House Agriculture Policy Committee says the newest modern beef processing plant built in the United States now has about 175 employees in western Missouri’s Lone Jack. 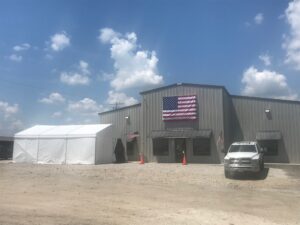 Lone Jack is a small town of about 1,000, and is southeast of Lee’s Summit. It’s located in Jackson County.

State Rep. Warren Love, R-Osceola, tells Missourinet that Republic Foods started operating the plant in March. He says it is processing about 250 head of beef cows per day. Missourinet contacted the company, which confirms the numbers provided by Love.

“These are what you call hamburger cows,” Love says. “They come in, they’re completely deboned, the meat is, then it’s processed into hamburger. They call it lean-trim.”

Love says about 75 percent of the cows are purchased in Missouri.

Love and other state lawmakers toured the plant in June, and were joined by representatives of the Missouri Department of Agriculture (MDA). Love says the Missouri Cattlemen’s Association and Missouri Farm Bureau also participated in the tour.

“I think there were eight legislators, seven of them from the House, all serve on the Ag (House Agriculture Policy) Committee,” says Love. “And then we had one senator, Senator Justin Brown from Rolla.”

Love, who’s finishing his eighth and final year in the House because of term limits, is a member of the Missouri Cattlemen’s Association. He says it’s possible that the Lone Jack plant could receive some of the $20 million in assistance appropriated by the Legislature this year for meat processors dealing with COVID-19.

The $20 million is for plants with less than 200 employees. It’s designed for support, workforce assistance, equipment and capital improvements.

Click here to listen to the full interview between Missourinet’s Brian Hauswirth and State Rep. Warren Love, R-Osceola, which was recorded in June 2020: 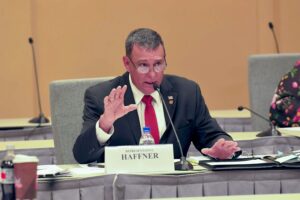 We’ll learn more details next week about the impact of the coronavirus on local slaughter facilities in Missouri. 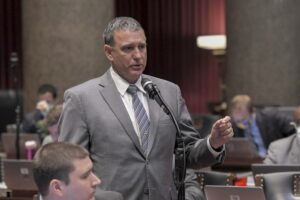 The Joint Committee on Agriculture plans a Thursday morning hearing at the Statehouse in Jefferson City. The committee will meet at 9 a.m.

Haffner’s office tells Missourinet that the joint committee will hear a general overview about how production lines at slaughter facilities are influenced by COVID-19, and the responses to it. Haffner’s office says State Reps. Dan Shaul, R-Imperial, and Don Rone, R-Portageville, will present the update.

Shaul and Rone plan to discuss the current economic issues that local slaughter facilities are having due to COVID-19 and how that financially impacts Missouri’s cattle industry, according to Haffner’s office.

The Joint Committee on Agriculture will also hear testimony on Thursday from Missouri commodity groups and agricultural organizations about their economic impact, specifically their contribution to state and local tax revenues.