You are here: Home / Archives for Jean Evans

Former Missouri Republican Party Executive Director Jean Evans says she resigned a few weeks early. Her term expired this month. Evans tells Missourinet she made the decision after getting troubling messages from Trump supporters trying to keep him in the White House.

“The calls were becoming increasingly angry and demanding and threatening – never to the level where I felt like I needed to report somebody to police but just a lot of anger. It seemed inevitable, based on the anger I was hearing and the number of people going to Washington, that there could be some violence,” she says. 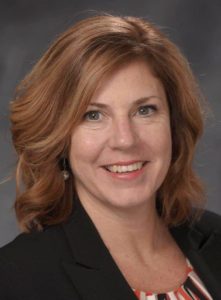 A violent and destructive pro-Trump mob descended on the U.S. Capitol Wednesday as Congress worked to certify election results. Their efforts delayed the process for a few hours. Although Evans believes there was voter fraud last November, she says Congress does not have the right to overturn an election.

Evans summarizes some of the messages that came mainly via voicemail, email, and social media.

“‘You better get up off of your blank and do something. You need to stand up and fight for this president or we are coming for you. You will be removed. You better get somebody to replace Roy Blunt. Do your job,’” she says.

Evans says the messages were not specific enough to warrant getting the police involved.

Some individuals insisted that the party provide buses to send Trump supporters to Washington, D.C.

“That’s not something that the party does. We don’t do protests to get people elected,” says Evans.

“In my role as executive director, I really have to support and defend elected officials in the decisions they make. But I knew that was going to be extremely difficult this week because I just disagreed very strongly with the direction some of them were going,” says Evans. “Having said that, I’m still a Republican and I think the vast majority of Republicans were disgusted by what they saw yesterday.”

She says the president did not handle the situation well in Washington on Wednesday.

“The president is the leader,” she says. “Anybody who is in elected office, they are a role model and a leader. So, they have an extra level of responsibility here and the president failed miserably yesterday.”

She says both parties need to do a gut check and come together.

“We say stand up and fight. We don’t mean literally fight, but I think people have taken it that way. We just need to check our language and check our actions. I think all elected officials and members of both parties and see if they are making things worse or making things better. We’ve seen elected officials supporting this sort of violent behavior and it’s been escalating,” says Evans. “Quite honestly, we’ve seen it more on the left than we have on the right. You’ve seen times where you have mostly peaceful protests but then something happens. I think that is what happened yesterday. The vast majority of people who were there were peaceful, but then people stormed our Capitol. That’s really sacred. As an American, I think any American should be incensed with that. We are a Democratic Republic. There are so many ways to effect change here that are not violent. When they were taking down the American flag and putting up a Trump flag, that was just nauseating. We’re Americans. We don’t revolve around any single personality.” 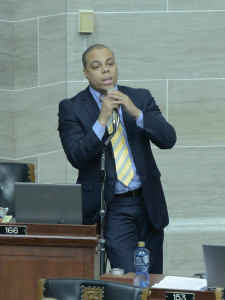 Evans, a former state Representative from Manchester, says America has experienced a normalization of political violence, such as the unrest that occurred over the summer after George Floyd’s death in Minnesota. She hopes that the chaos at the Capitol was a tipping point.

“I think there were wakeup calls all summer and nobody was listening. Nobody was paying attention. I’m frustrated today because I keep seeing and hearing Democrats blaming all of this on Republicans and saying ‘You know what, you guys were encouraging violence or at least looking the way for a long time.’ I think everybody needs to come together, condemn violence, and move forward. You can’t just be against violence when it’s against your beliefs. You’ve got to be against it all the time. You can’t just be for law and order when it’s defending you. Our governor has stood up for law and order and so do I. Our statewide elected officials in Missouri have been very consistent. So people who were attacking police in the Capitol, they don’t belong in our party. We don’t attack police. If you want to attack police or storm the Capitol, then you don’t belong in our party.”

“Today, countries around the world saw the scenes in Washington D.C. and saw the ultimate manifestation of the far-right extremism made more and more acceptable under President Donald Trump. But, unfortunately, this was the obvious destination to the path Republican politicians like Josh Hawley have built their career off of, calling the other side extremists, while building more and more anger and angst amongst his far-right supporters. Josh Hawley has shown America that his political ambition outweighs the safety of Americans and the well-being of our Democracy. He has aided and abetted an attack on our democracy and U.S. Capitol. Josh Hawley does not deserve to be called a Senator.” 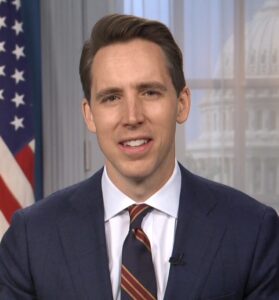 U.S. Senator Josh Hawley, R-Missouri, has been getting blasted on social media and inside his own party for challenging the election process, then sending out a fundraising letter during the riots at the Capitol. On the Senate floor Wednesday night, he doubled down on his objection. He said those who engage in violence will be prosecuted. But he said millions of Americans are concerned about election fraud.

“This is the place where those objections are to be heard and dealt with, debated and finally resolved – in this lawful means, peacefully, without violence, without attacks, without bullets,” said Hawley.

The number of Republican Senators who protested states’ vote counts declined after the rioting occurred.