You are here: Home / Archives for House Elementary and Secondary Education Committee

Missouri voters could be asked to change the way state board of education members are selected. Representative Dottie Bailey, R-Eureka, wants to let voters decide who sits on the board, instead of letting the governor appoint all members. In order to be a board member, the Missouri Senate is also currently required to sign off on the governor’s appointees if the Legislature is in session. 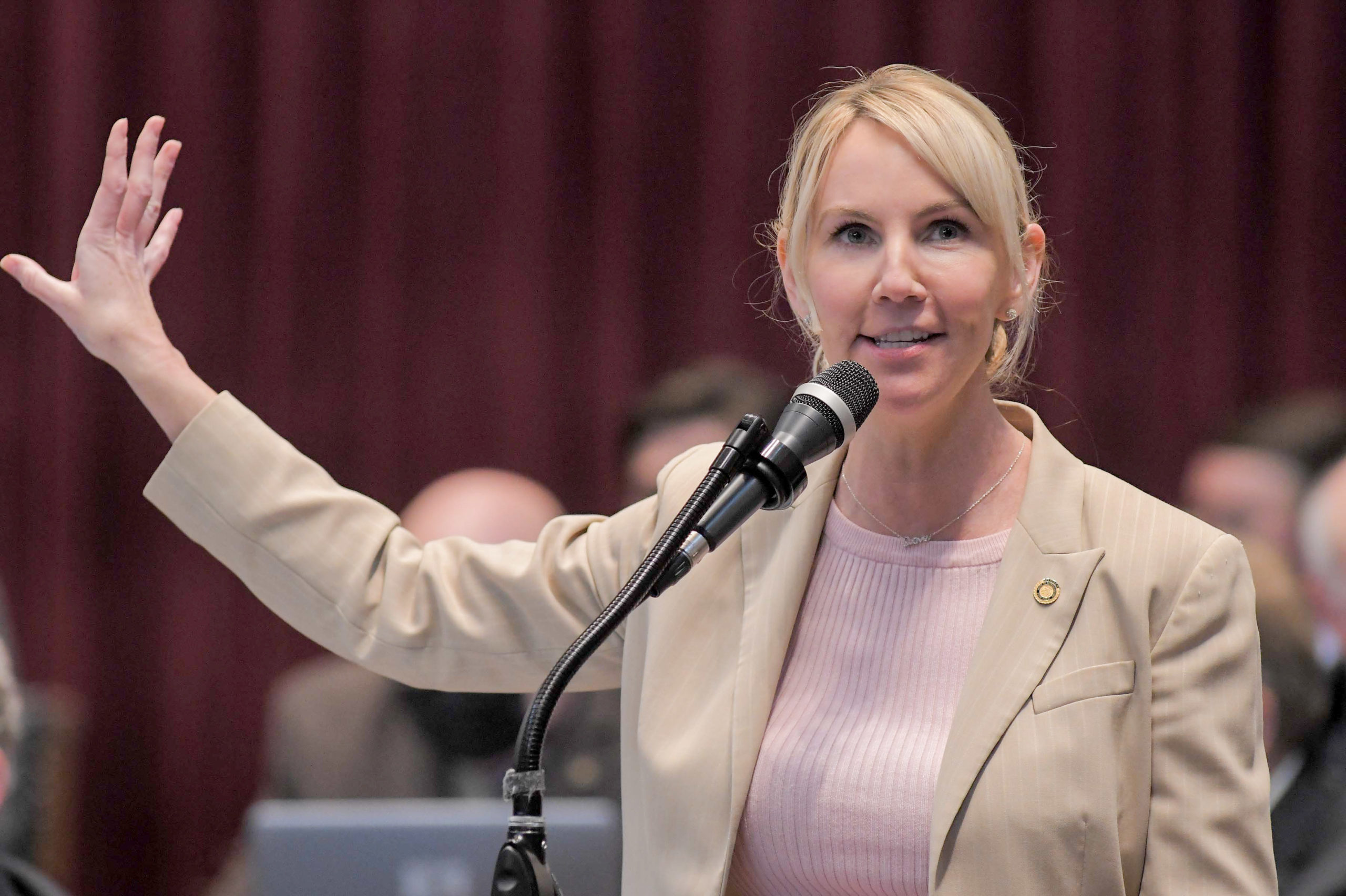 During a House committee hearing, Bailey said her proposed Constitutional amendment would allow voters to choose board members during each general election of a presidential election year.

“We need this to be an accountable elected position because it’s so vital, especially right now. It was vital before COVID-19. Now it’s even more vital,” said Bailey. “It’s such a crucial job. Just like us, if we don’t do a good job, we get voted out. With the state of education in our state today, I just feel that this puts this into the mold of the rest of our state.”

Rep. Ian Mackey, D-St. Louis, questioned Bailey about the intent of the proposal.

“Do you think partisanship in education overall is a good or bad thing,” asked Mackey.

“But if it’s your partisanship, then it’s probably going to be a good thing because that’s what I’m hearing,” saud Mackey.

“No, I don’t necessarily think that at all. I think you need people that represent your constituents and their ideas and their wants,” said Bailey. “Not either Republican or Democrat. If it’s a fully Democratic Congressional district, fine. Send whoever you wish. I am all for that. No shade to the governor or past governors or future governors. It’s just a more complete representative type of government, which we have.”

“To me, that sounds like pretext for making the board more Republican leaning,” said Mackey.

“I get it. I guess in some instances that would be the case,” said Bailey.

Rep. Ben Baker, R-Neosho, said he thinks school board races should be held during partisan elections.

“I don’t think it’s right that people can run for office and never declare what they subscribe to – what ideology they subscribe to, what they believe, how they think. They can just simply make a statement like, ‘I’m for the kids,’” said Baker.

“I would tell you that they are worse off than the state of Missouri,” she said.

Byrne said the committee should consider how much money lobbyists pour into U.S. Congress to pass education legislation. She also said foundations are seeding departments with former employees.

“You may think that you are getting power to the people but what you may be doing is opening the campaign contribution influence into elections of your state board members,” she said. “I don’t know if you are not going from the frying pan into the fire.”

Bailey’s plan does not currently lay out any campaign donation restrictions.

The House Elementary and Secondary Education Committee is scheduled to vote Tuesday morning on Bailey’s proposal.