You are here: Home / Archives for Hailey Owens 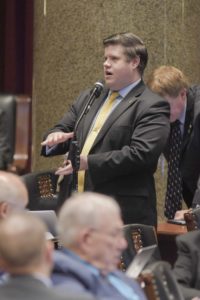 “And I think in the case of a very sensitive public safety issue like this there should be at least annual meetings to make sure we’re reviewing the Amber Alert System, that we’re identifying any new technologies,” Trent says.

51-year-old Craig Wood was convicted of first degree murder and has been sentenced to death, for killing Owens. Wood’s father, Jim, testified in April that Hailey’s life could have been saved if the Amber Alert was issued earlier.

Representative Trent tells Missourinet annual meetings will help identify any new procedures that should be used to ensure alerts are issued quickly.

“Because we know the statistics have shown, the data shows, that time is critical when you have a missing person,” says Trent.

The law, which takes effect in August, requires the Amber Alert System to be integrated into the Missouri Uniform Law Enforcement System (MULES).

Trent, who was first elected to the Missouri House in 2016, has sponsored the bill for three years. It has the support of both House Speaker Elijah Haahr, R-Springfield, and House Minority Leader Crystal Quade, D-Springfield. The murder happened in Quade’s district.

The bill also allows the oversight committee to include a representative from the outdoor advertising industry. Supporters say digital highway signs can be very effective.

Wood, who’s currently incarcerated in Potosi, is appealing his death sentence. The Missouri Supreme Court heard oral arguments in the case in April. The court has not issued an opinion yet.

Jim Wood and Hailey’s father, Markus, testified together during April’s hearing. They sat together in the hearing room. Both men attended Thursday’s bill-signing in Governor Parson’s office in Jefferson City.

State Representative Curtis Trent, R-Springfield, will present Thursday his bill – referred to as Hailey’s Law – to a Senate committee that would require the Amber Alert oversight committee to meet at least annually. According to the Department of Public Safety, the last  committee meeting was in October 2015. The previous meeting was in March 2014.

“The goal there is to make sure that the oversight committee is functioning as intended – that it is regularly reviewing the system to try to detect any flaws or problems with the system,” says Trent. “I think the feeling is that it (the committee) could be more robust now. I’m not here to criticize them but anytime we can make something better, I think we should take the opportunity to do that.”

The formation of the committee became law in 2003. Missouri law says the primary duty of the committee is to develop Amber Alert system criteria and procedures and revise them with the Department of Public Safety to work efficiently and effectively in notifying the public.

Under current law, the panel, which is chaired by Public Safety Director Sandy Karsten, is required to meet regularly, but regularly is not defined in law.

“This is a problem we have with a lot of commissions in the state. There are a large number of them that have difficulty keeping members and meeting regularly and everything,” he says.

Trent, who has sponsored the bill for three years, says law enforcement has been a major partner in the progress of the Amber Alert system and says safety officials care about the issue.

The members of the committee have expired terms but technically still sit on the panel until their position is filled by the governor and approved by the State Senate.

The measure, known as Hailey’s Law, in response to the 2014 kidnapping, rape and killing of ten-year-old Hailey Owens in Springfield. A House committee has passed a similar Senate bill.

The Senate Transportation, Infrastructure and Public Safety committee hearing on House Bill 185 is scheduled for 8:20 a.m. Thursday in the Senate Lounge of the Missouri Capitol.

The Missouri House and Senate have approved similar bills that would require Missouri’s Amber Alert System Oversight Committee to meet at least annually.

Supporters hope to get a bill on the governor’s desk by the end of session in May. 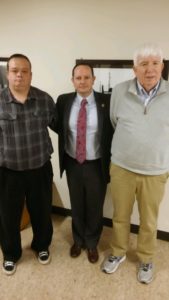 He appeared last week before the House Crime Prevention and Public Safety Committee in Jefferson City. He testifies Missouri issues about six Amber Alerts for abductions each year.

“And for those families when minutes and seconds matter, we have to have a system in place that is responsive as possible,” Burlison says.

Senator Burlison testifies he believes the system failed Hailey Owens. He says Springfield Police had to find a PDF file on the Missouri State Highway Patrol’s website, print it off and fax back a handwritten report, which then had to be recomposed by state troopers into a different system.

Burlison, who’s a software engineer, tells the House committee that was “archaic and unacceptable.” His bill requires the Amber Alert System to be integrated into the Missouri Uniform Law Enforcement System (MULES).

Craig Wood was convicted of first degree murder and has been sentenced to death for killing Owens.

Hailey’s father Markus and Craig’s dad Jim sat and testified together during last week’s Jefferson City hearing, in support of the Burlison legislation. Markus says this is about protecting children.

“You know that every second counts when an Amber Alert is issued. This bill will speed up the process to ensure Amber Alerts are more current (for the) public to search for missing kids,” Owens testifies.

Jim Wood agrees. He tells lawmakers that Hailey’s life could have been saved, if the Amber Alert was issued earlier. 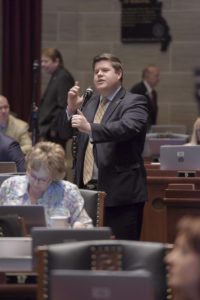 “I was within moments of Craig’s house (where Hailey Owens was killed) and I could have been to Craig’s house before Craig was there, and that is why Markus and I support Hailey’s Law,” Wood says.

State Rep. Bruce Franks, D-St. Louis, praises Mr. Owens and Mr. Wood for testifying together and for their efforts to protect other children.

“To thank you all for working together in such a hard, trying time to bring justice and to push forward on policy that could potentially save lives of others. I know how hard that is,” Franks tells them.

Representative Franks then walked down from his committee seat into the audience to shake hands with both fathers.

Burlison’s bill would also allow Missouri’s Amber Alert System Oversight Committee to include a representative from the outdoor advertising industry. He says digital highway signs can be very effective.

The House Crime Prevention Committee will vote on Burlison’s bill on Wednesday. The current House and Senate versions are virtually identical. Burlison notes one uses the word “may”, while the other says “shall.”

Craig Wood is appealing his death sentence. The Missouri Supreme Court heard oral arguments in the case earlier this month.

A series of changes to the state’s Amber Alert system could be coming that would reduce the time it takes to issue an alert by 20 to 30 minutes, according to the program’s coordinator.

One change that is expected to take place Wednesday was prompted in part by the abduction and murder of 10-year-old Hailey Owens of Springfield last month.

Captain Greg Kindle says it involves the forms that local law enforcement officers have had to print out, fill out and fax to the Patrol when a child is abducted. Those will be made available to fill out and submit online, which Kindle says will save hassle and time.

Kindle says another change could make a greater difference, but it is dependent on money being left in the state’s Fiscal Year 2015 budget to support it.

Representative Eric Burlison (R-Springfield) proposed, and the House Budget Committee adopted, $120-thousand dollars to pay for the Patrol to tie in the Amber Alert System to the Missouri Uniform Law Enforcement System (MULES).

Kindle says that would altogether eliminate the need for a local officer to fill out that form.

“When they make their MULES and (National Crime Information Center) entry … it would come straight to Troop F off that entry,” says Kindle.

Amber Alerts are administered and issued at the Patrol’s Troop F headquarters based in Jefferson City.

Kindle says if that money is included in the final budget proposal, the Patrol could move forward with tying those two systems together.

Another upgrade that has been the subject of testing with the U.S. Department of Justice since before Thanksgiving would allow one entry from the Patrol to simultaneously go to news agencies, the Amber Alert website and the Emergency Alert System. The Patrol currently has to enter each separately.

Kindle says he is optimistic that upgrade will take effect in the next month or two.

The end result of all of those upgrades could be significant.

Kindle says such a reduction in time would be “extremely important. Every minute counts when you have a true abduction like that.”

Other efforts would involve Amber Alert training for all law enforcement entities that make MULES entries. That would have other entities besides the officers at the scene considering whether a situation merits an Amber Alert.

“The officer there on the scene is dealing with witnesses and trying to get license plates and descriptions of vehicles and all that, and an Amber Alert might not be the first thing that comes to his mind,” explains Kindle. “This radio operator that’s kind of removed, we’re hoping, will think, ‘Hey, we talked about this Amber Alert thing. This looks like it may qualify.’ Again, maybe just five minutes, ten minutes saved there.”

Training will also be offered for line officers in police and sheriffs’ departments in considering when a situation merits an Amber Alert.

Authorities have issued an Amber Alert for a missing Springfield girl. 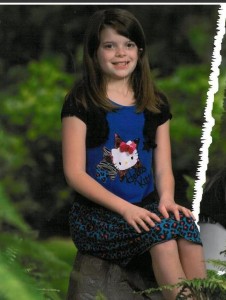 Anyone who sees Hailey Owens or the suspect vehicle is asked to call 911 immediately.