You are here: Home / Archives for group quarters

The chairperson of a committee working to ensure an accurate count of all people living in the state is pleased with Missourians’ response to the U.S. Census, which determines federal funding and congressional maps. 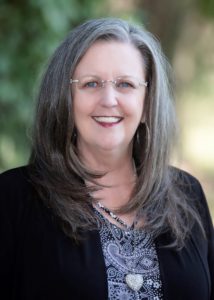 The 2020 Census aims to count every person living in the United States and five U.S. territories.

Former Mayor Best says this year’s Census has been unprecedented, because of COVID-19. She says safety has been the top priority.

“I feel we’ve done a really good job of overcoming that hurdle and that obstacle and making sure that we have the best count that we can have for Missouri, because it’s so important for funding and for representation both at the state level and the federal level,” says Best.

The complete count committee’s mission is to ensure an accurate count of everyone living in Missouri to secure federal funding and fair representation for Missourians during the next decade. She is hopeful that Missouri can keep its U.S. House representation in Washington, and someday re-gain the seat the state lost in 2010.

State Rep. Peggy McGaugh, R-Carrollton, a committee member, worries that not everyone has been counted in rural northern Missouri and in St. Louis and Kansas City.

Former Mayor Best says the committee’s goal is to submit a final report to the governor by November 30. She says there’s been a few challenges there as well, noting the committee’s liaison with Governor Mike Parson’s office has taken a job in private practice.

Click here to listen to Brian Hauswirth’s full interview with former Branson Mayor Karen Best, which was recorded on October 2, 2020: