The National Weather Service says Missouri faces above-average flood risk this spring because soil is still saturated from last spring’s flooding. About 1.2 million acres of Missouri farmland was damaged by flooding in 2019. 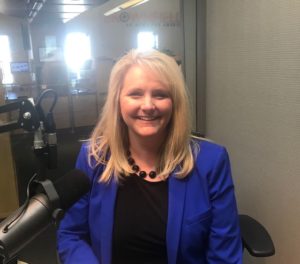 But, Missouri Agriculture Director Chris Chinn says the Governor’s Flood Advisory Task Force has received a glimmer of good news from the U.S. Army Corps of Engineers about the potential for spring flooding.

“The reservoirs up north right now have more storage capacity than they did last year at this time. So that’s a positive piece of information that we were really glad to hear,” says Chinn.

Chinn is a member of that task force. She farms in northeast Missouri’s Clarence.

“Last year at this time, we had a really deep freeze in the ground. Right now, we don’t have that,” she says. “So, we’re not going into the spring in the exact same situations that we were last year.”

Chinn says a lot of farm ground is unprotected.

“We do have a lot of levees right now that have not been able to be repaired because the water simply did not recede,” she says.