You are here: Home / Archives for Governor Mike Parson proclamation

Missouri’s governor has ordered flags at all government buildings across the state to be flown at half-staff on Monday, in honor of the late State Rep. Rebecca Roeber, R-Lee’s Summit. 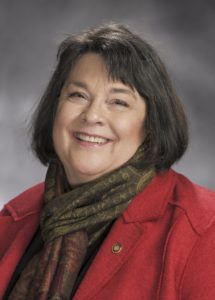 Representative Roeber, 61, died on July 30. She had suffered serious injuries in a March head-on collision on Highway 50 in west-central Missouri’s Syracuse.

Governor Mike Parson’s proclamation orders U.S. and state flags to be flown at half-staff at all government buildings in Missouri on Monday.

“We are saddened by the passing of Representative Roeber and offer our sincere condolences to her husband and family,” Parson said in a statement. “Having served five years in the Missouri House and 17 years as an educator, Rebecca was a dedicated public servant with a kind, compassionate heart. She will be truly missed, and we will always remember the difference she made in our state.”

Before being elected to the House in 2014, Roeber served as a teacher in the Raytown school district for 17 years.

She chaired the House Elementary and Secondary Education Committee.

During an interview with Missourinet after her death, House Speaker Elijah Haahr, R-Springfield, said it was a tragedy for the House to lose her.

“She will forever be remembered for being a champion for Missouri’s students,” Haahr said.