You are here: Home / Archives for Gavins Point

A Missouri congressman whose district includes the Missouri and Mississippi Rivers is worried about possible flooding again this spring. 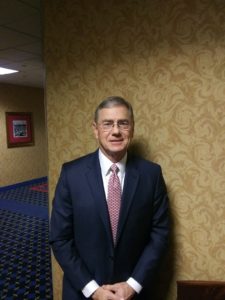 “I know they didn’t get as much water out of the reservoirs up north as they wanted, so that’s a bad combination,” Luetkemeyer says. “Too much water already is in storage.”

Luetkemeyer, who serves on the Mississippi River Flood Valley Association, says it’s time for the U.S. Army Corps of Engineers to come up with a plan for the Missouri River. He says a plan is needed, noting the state saw record flooding in 2019.

“And you start from St. Louis and go all the way back to Gavins Point, and working with the Corps to have them sit down and do the analysis of what it would take,” says Luetkemeyer.

He says a plan has been in place for 80 years involving the Mississippi River, between St. Louis and New Orleans. Luetkemeyer emphasizes that the plan works.

As for the governor, he says President Donald Trump shares his concerns about possible flooding again this spring along the Missouri River. Parson tells Missourinet that he spoke to the president about the issue a few weeks ago.

“He seemed to be engaged on that, he said that he would try to help with that, so that was very encouraging for him to be talking about that,” Parson says.

Parson and the governors of neighboring Iowa, Kansas and Nebraska have met with the Corps of Engineers three times to discuss what needs to be done differently in the future.

Click here to listen to the full interview between Missourinet’s Brian Hauswirth and U.S. Rep. Blaine Luetkemeyer, R-St. Elizabeth, which was recorded on February 17, 2020 at Jefferson City’s Capitol Plaza Hotel: