You are here: Home / Archives for Fredericktown 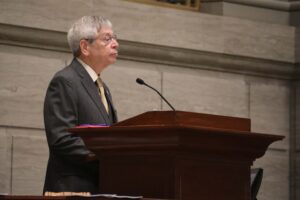 Both GOP primary candidates were elected to the Missouri House in 2012 and are finishing their eighth and final year in the chamber, due to term limits.

Cape Girardeau County, which has about 79,000 residents, is the largest county in the district.

The winner of the Rehder-Swan primary will face Marquand Democrat Donnie Owens in November.

Representative Swan is focusing her campaign on many issues, including education and workforce.

“I’ve been successful in passing over 30 different pieces of legislation regarding not only education and workforce, but parenting,” Swan says.

Swan describes education as the largest economic driver we have, to support the state itself.

She also says she’s focused on issues that have happened in Cape Girardeau. She notes she passed legislation to keep registered sex offenders out of Cape Girardeau’s Discovery Play House, which is a children’s museum.

Swan also emphasizes the importance of protecting and supporting law enforcement, and the Second Amendment. She is critical of St. Louis Circuit Attorney Kim Gardner for filing felony charges in July against Mark and Patricia McCloskey.

As for Representative Rehder, one of her top priorities is addressing Missouri’s opioid epidemic and passing prescription drug monitoring program (PDMP) legislation. Missouri is the only state in the nation without a PDMP, which is an electronic database that collects data on controlled substance prescriptions within a state.

While both the Missouri Senate and House approved PDMP this year, they passed different versions. The bill died on the final day of session in May. Rehder has sponsored the bill for eight years. She notes her daughter was an addict, but is doing well now.

In addition to getting PDMP passed, Rehder says she will focus on reducing the size of government, if elected to the Senate. She says Missouri needs a smaller government, and is opposed to tax increases.

“Push back on these things like the $18 million going to free college for adults. We have got to get back to what government is supposed to do. We need to be more efficient with our monies,” Rehder says.

Swan tells Missourinet that she has a record as a small business owner and nurse, while she says Rehder was a lobbyist for 17 years.

“She has skipped 801 votes, she skipped 29 pro-life votes, voted five times no and took money from the human cloning industry,” says Swan.

Swan notes she has been endorsed by Missouri Right to Life. She says she sponsored and co-sponsored seven abortion-related bills and passed two of them.

In response, Rehder notes all legislators miss votes, especially during Senate committee hearings on House bills. Rehder says that Swan has missed hundreds of votes, adding that Swan doesn’t have a record that southeast Missourians want.

“You have me, smaller government, lower taxes,” says Rehder. “You have her, who’s voted for every single tax increase, who sponsored the bill for $18 million going to free college for adults.”

Rehder is referring to Missouri’s “Fast Track” program. It’s primarily taught at community colleges, technical schools and colleges and universities. It is aimed at allowing Missourians to receive advanced training in high-demand areas.

Despite their differences, the two candidates have similar positions on small business, and have called for more jobs in rural Missouri.

Wayne Wallingford serves as the Missouri Senate’s Assistant Majority Floor Leader. He was elected to the Senate in 2012 and was re-elected in 2016.

He also served one term in the Missouri House, after being elected in 2010. Wallingford, who will leave the Senate in December, is running for Representative Swan’s House seat, in Tuesday’s primary.

The Missouri Court of Appeals’ Eastern District has upheld a circuit judge’s ruling that shut down a popular recreational lake in southeast Missouri that’s been the site of at least nine deaths. 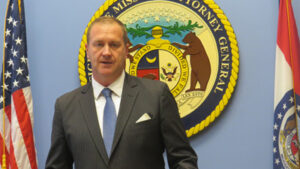 The Court of Appeals has affirmed Madison County Judge Wendy Horn’s 2019 ruling, which ordered “The Offsets” near Fredericktown to be closed until several safety measures are implemented.

Attorney General Eric Schmitt (R) praises the ruling, saying that at least nine people have died at the Offsets since the 1980’s.

“This watering hole is an old flooded lead mine,” Schmitt says. “There’s very difficult ingress and egress for people to get in and out of the water. There are no lifeguards on duty, there’s just no precautions taken.”

Former Attorney General Josh Hawley’s office filed the lawsuit against the Offsets in July 2018. Hawley described the Offsets then as a “serious danger to the public, as evidenced by the repeated tragedies that have occurred at this commercial location.”

The Court of Appeals’ Eastern District ruling says nine people have died at the Offsets since 1989. The ruling says four of the victims died while swimming in the quarry, while the other five died from injuries sustained from jumping or falling into the quarry from the bluffs above.

The Court of Appeals’ decision means the facility must remain closed, until numerous safety measures are implemented.

Schmitt describes the facility as a public nuisance. He tells Missourinet that the court’s decision will likely save lives.

“Look, over the years this has been a place where people have drowned, and not just a single tragic incident, but nine separate times,” says Schmitt.

The quarry at the Offsets is surrounded by 40-foot bluffs, where people have jumped into the lake below. The Offsets also offered swimming, scuba diving and hiking. Visitors camped there as well.

The court ruling says “upwards of hundreds of people visited the Offsets” on a given day, when it was open. It says that when guests arrived, they had to sign a waiver “notifying them of general dangers on the property and that they swim and dive at their own risk.” The court ruling also says an employee would warn guests not to jump off the high bluffs into the quarry.

In its 19-page ruling, the Court of Appeals’ decision prevents the Offsets from re-opening until they submit an emergency response plan and require all patrons jumping into the water to wear Coast Guard-approved life vests. The Offsets must also place a lifeguard in a boat to be available to rescue swimmers. And jumping would only be allowed in certain areas, with lifeguards stationed in those areas.

The owners of the facility disagreed with Judge Horn’s ruling, and filed an appeal. They argue the activity took place on private property, and that Judge Horn erred in her ruling.

In their ruling, the Missouri Court of Appeals’ Eastern District slammed that argument.

“This statement seemingly diminishes the deaths of nine people, which we find appalling, and is also somewhat inaccurate,” the court writes. Their ruling says swimming and diving at the Offsets only happens during warm seasons, which is less than half of the year.

“In reality those nine deaths occurred over a period of time closer to 16 years,” the Court of Appeals writes.

“In essence, appellants ask this court to turn a blind eye to the several deaths of members of the public that have occurred in the course of appellants’ operation of the Offsets over the last three decades. This we will not do, especially considering the substantial evidence supporting the trial court’s findings and conclusions regarding appellants’ systematic failures spanning over 30 years to sufficiently warn invited members of the public of inherently dangerous conditions present on the Hensons’ property and to adequately attempt to prevent or prepare for injury caused by those dangerous conditions,” the Court of Appeals writes.

Schmitt tells Missourinet the case is likely over. He believes the Offsets will remain closed, because he doesn’t think the owners will make the plans ordered by the court.

Click here to listen to the full four-minute interview between Missourinet’s Brian Hauswirth and Missouri Attorney General Eric Schmitt, which was recorded on April 16, 2020: 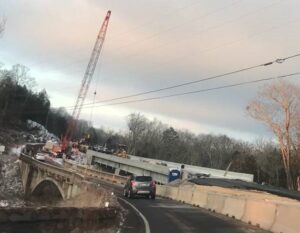 Missouri’s attorney general says a popular business and recreational lake in southeast Missouri that’s been the site of several deaths remains closed on this Fourth of July weekend. 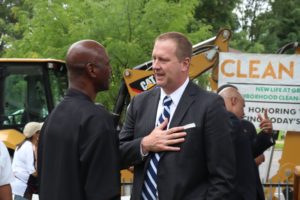 Attorney General Eric Schmitt (R) says “The Offsets” near Fredericktown is a lead mine turned swimming hole and that at least nine people have died there from drowning or falling off bluffs, since the early 1980’s.

Schmitt says “countless” others have been injured. The quarry is surrounded by 40-foot bluffs, where people have jumped into a lake.

Some of those safety measures are a detailed emergency response plan and frequent staff training, stationing trained lifeguards in specific areas where jumping would be allowed and placing an additional lifeguard in a boat in the water to be able to rescue swimmers. Judge Horn has also ordered the Offsets to require all patrons jumping off bluffs to wear U.S. Coast Guard-approved life vests.

“As Attorney General, my duty is to protect all six million Missourians, and ensuring that people can safely enjoy summer festivities falls under that duty,” Schmitt says.

“And what the common fact pattern here is that they jump from this very high point, they injure themselves upon entry into the water and then they are not able to swim because there’s no dock,” Hawley told Missourinet in a July 2018 interview.

Hawley said all nine people who have died at the quarry/lake were healthy males between the ages of 16 and 21.

The “St. Louis Post-Dispatch” has reported that 19-year-old Cole Duffell of Chesterfield died at the Offsets on the Fourth of July 2018, after jumping off a cliff into the lake.