Missouri Secretary of State Jay Ashcroft says the state’s presidential preference primary does not really matter. During a House Budget Committee hearing on Monday, Ashcroft, a Republican, says the delegates for president are determined at party caucuses – not the presidential primary.

“I just hate the idea of presiding over an election when we’re telling people to vote in the primary when I’m saying ‘No you should really vote in the caucus. That’s where your vote matters.’ Legally, the presidential primary is not required in any way to determine where the delegates are apportioned,” says Ashcroft. 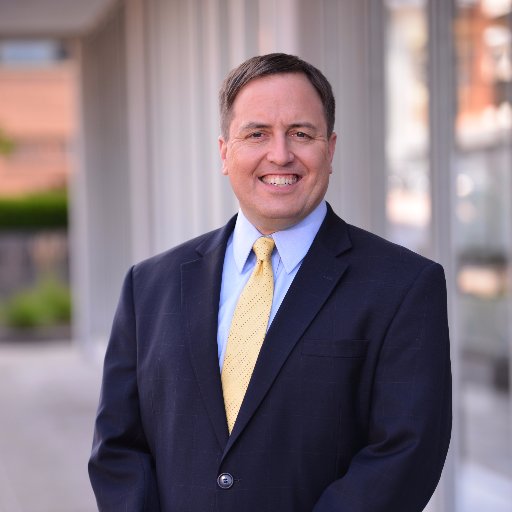 He says that election is a waste of taxpayer dollars.

“We’re spending about $8 million this year of Missouri taxpayer dollars and I just don’t think there’s a good return for the people of the state,” he says. “Now, if we weren’t going to do the caucuses and the presidential preference was what determined it, that’d be a different story.”

In 1986, the Missouri Legislature adopted a bill to hold a presidential preference primary in 1988. Some at the time said it was aimed at helping then-U.S. Rep. Richard Gephardt, D-St. Louis County, in his 1988 bid for president.

Then in 1998, the Legislature approved a bill with no expiration date that holds a presidential preference primary every four years. Senate Bill 709 was signed by then-Governor Mel Carnahan, a Democrat.

Polls will open Tuesday morning at 6 and will close at 7 p.m. statewide.

Under Missouri law, you can only choose one political party ballot at the primary: Republican, Democratic, Libertarian, Green or Constitution.

Poll workers will ask you to choose one of the five party ballots, so you will need to declare your party affiliation on Tuesday.

There are several former Democratic presidential candidates who’ve dropped out who remain on Tuesday’s ballot in Missouri, because it was too late to take them off the ballot.

Missouri’s Legislature adopted the presidential preference primary in 1986, for one PPP to be held in 1988. At the time, some said it was aimed at helping then-U.S. Rep. Richard Gephardt, D-St. Louis County, in his 1988 presidential campaign.

Congressman Gephardt ended his presidential run in March 1988, and ran again and was re-elected to his congressional seat.

Missouri used caucuses in 1992 and 1996. In 1998, the Missouri Legislature approved a PPP with no expiration date. That was Senate Bill 709, which was signed by then-Governor Mel Carnahan.

The Missouri Secretary of State’s Office encourages anyone with questions about Tuesday’s presidential preference primary to call Secretary Ashcroft’s office. That number is 1-800-669-8683.

The Secretary of State wants to do away with Missouri’s presidential preference primary (PPP), saying it would save taxpayers millions of dollars. 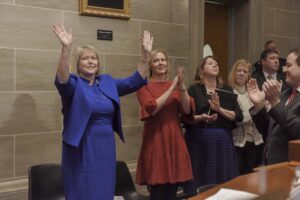 Republican Jay Ashcroft made his comments about the PPP, while testifying last week before the House Budget Committee in Jefferson City.

“An election that has really no bearing on the presidential race,” Ashcroft testifies.

He tells Budget Committee members that Missouri is using a caucus system now, to choose delegates.

“You all know that we have a presidential primary, we spend $9.1 million of taxpayer money,” says Ashcroft. “And then we ignore the results and we have a caucus that actually chooses delegates to choose who goes to the national conventions.”

If state lawmakers approve Mr. Ashcroft’s call, it would not impact this year’s PPP, which will take place on March 10 across Missouri.

None of the Budget Committee members from either party had follow-up questions for Secretary Ashcroft, about his call.

Ashcroft says doing away with the PPP would save $9.1 million ever four years, plus interest.

Missouri’s Legislature adopted the presidential preference primary in 1986, for one PPP to be held in 1988. Some at the time said it was aimed at helping then-U.S. Rep. Richard Gephardt, D-St. Louis County, in his 1988 presidential campaign. Congressman Gephardt ended his presidential run in March 1988, and ran again and was re-elected for his congressional seat.

Missouri used caucuses in 1992 and 1996. Then in 1998, the Legislature approved a PPP with no expiration date. That was Senate Bill 709, which was signed by then-Governor Mel Carnahan.

During his testimony, Secretary Ashcroft also emphasized the importance of technology, in his office and in libraries.

Ashcroft testifies his office is willing to absorb the cost of the Legislative Library, which is located at the State Capitol.

“It’s not a lot of money, but we would allow you (state lawmakers) to zero out the budget for the Legislative Library. We would absorb the cost of that into our own budget,” Ashcroft says.

Ashcroft wants to use his office’s technology trust fund to update the Legislative Library, which he says it not electronically cataloged. He tells lawmakers it would provide a better library experience for them and for their constituents who visit the Capitol.

Ashcroft’s technology trust fund is supported by business filing fees. He notes it funded a complete overhaul of what he calls an outdated Secretary of State’s office phone system. Ashcroft tells lawmakers that under the old phone system, it was difficult to transfer calls from St. Louis, Kansas City and Springfield to the Jefferson City office. Many callers were cut off, because of the old technology.

He also testifies that filing fees collected by his office added $8.8 million to general revenue in the last fiscal year.