A former Missouri lawmaker from the Ozarks who led the effort to rename Southwest Missouri State University in Springfield has died at the age of 80. 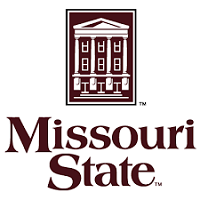 “Great guy, always up beat, never saw him in a bad mood,” U.S. Rep. Billy Long says. “And always humorous which you know I’d appreciate. Generous to a fault.”

B.J. Marsh served in the Missouri House from 1988 to 1992 and then again from 2001-2009. He filed the SMS name change bill annually, a bill to change Southwest Missouri State University’s name to Missouri State University. Then State Sen. Ken Jacob, D-Columbia, fought the bill every year. Senator Jacob, whose district included Mizzou, filibustered it several times.

The bill from Marsh and then-State Rep. Mark Wright, R-Springfield, passed in 2005, and then-Governor Matt Blunt signed it into law. The name change reflected Missouri State’s enrollment of tens of thousands of students, along with higher admission standards.

Congressman Billy Long, R-Springfield, tells Missourinet that Marsh also had the best political sign location in Springfield, and was very guarded on who he would let put up a sign. Long remembers a humorous courthouse discussion, that happened recently.

“I usually had to con him into it (putting up a sign). Last time it was in the (Greene County) Courthouse as we were both voting absentee,” says Long. “I said something like ‘Well there’s B.J. Marsh, the guy that won’t let me put up a sign.’ It was loud enough everyone heard so of course he said ‘well sure you can Billy’ then when I didn’t get it up right away he called me three days in a row wanting to know why it wasn’t up. He bugged me so bad we finally went over in a rain storm and put it up.”