You are here: Home / Archives for execution date

A May execution date has been scheduled for a convicted killer from southwest Missouri’s Ozark. The case has been working its way through the court system for almost 30 years. 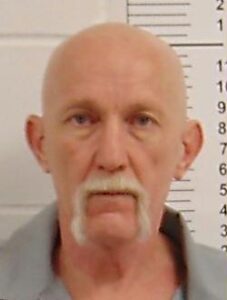 Convicted killer Walter Barton is scheduled to be executed on May 19, 2020 in Bonne Terre (undated photo courtesy of the Missouri Department of Corrections)

The Missouri Supreme Court today set a May 19th execution date for convicted killer Walter Barton, who was sentenced to death for the 1991 killing of 81-year-old Gladys Kuehler. The elderly woman managed a mobile home park in Ozark, which is south of Springfield.

Kuehler was unable to move without the assistance of a cane, according to court documents.

Court documents say she had been stabbed more than 45 times, and that her jugular vein was severed.

One of Kuehler’s eyes was also slashed, and court documents say the victim was also struck in the head with a heavy object like a baseball bat.

The 64-year-old Barton will be executed by lethal injection at the maximum-security prison in southeast Missouri’s Bonne Terre, unless a federal judge or the U.S. Supreme Court intervenes. Barton could also request clemency from Governor Mike Parson.

The “Springfield News-Leader” notes Barton was initially convicted in 1994, and ended up having five trials because two convictions were overturned on appeal.

Court documents also indicate that Barton was convicted of assaulting, with intent to kill, a convenience store clerk in 1976, before being paroled from prison in February 1984.

One month after being released from prison, prosecutors say Barton attacked, choked and threatened to kill another convenience store clerk in West Plains.