You are here: Home / Archives for Dr. Warren Lovinger

Voters in southwest Missouri’s Nevada have voted to increase their taxes to save their hospital. Tuesday’s half-cent sales tax ballot measure was approved by 89 percent of voters. 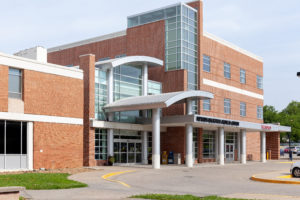 Dr. Warren Lovinger, who chairs a group called “Citizens United to Strengthen Our Hospital”, tells our Nevada affiliate KNEM (AM 1240) that the vote is a strong community mandate for Nevada Regional Medical Center (NRMC).

“I can honestly say of all the people I had the pleasure of speaking to, it was almost unanimous the support,” Lovinger says. “And in situations where people were concerned, it was a matter of communication.”

The vote will help the 71-bed NRMC pay off its debts. The tax is expected to generate about $800,000 annually, specifically for bond payments.

Nevada Regional is the only hospital between Kansas City and Joplin that delivers babies. Dr. Lovinger tells KNEM he’s ecstatic.

“We feel that the issue sells itself, that we really want to have a hospital and a strong hospital not just now but in the future,” says Lovinger.

The Missouri Farm Bureau and the Missouri Hospital Association note seven rural Missouri hospitals have closed in the past five years.

“When a rural hospital closes, it leads to a daisy chain of events- including the loss of access to hospital and other health services that result in medical deserts. That’s unacceptable,” Kuhn wrote.

State Rep. Deb Lavender, D-Kirkwood, and other House Democrats have called for Medicaid expansion, saying that would help rural hospitals and residents.