You are here: Home / Archives for Dr. Mo Dehghani

Today is a historic day for the Missouri University of Science and Technology (Missouri S&T) and the state. St. Louis businessman Fred Kummer and his wife June have donated $300 million to a foundation supporting the university he graduated from in 1955 as a civil engineer. According to a press release from the school, the gift is the largest single donation in the history of Missouri higher education. 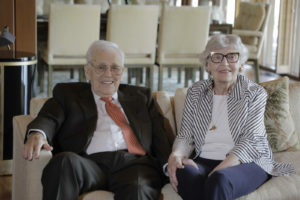 The university says it plans to use the gift to:

•Create a new school of innovation and entrepreneurship

•Launch a shuttle service between S&T and St. Louis to bring students from the metropolitan area to Rolla for camps, campus visits and other activities

•Launch a new, independent, university-affiliated research and development entity modeled after ones like the Lawrence Livermore National Laboratory in Livermore, California, and the Johns Hopkins Applied Physics Laboratory in Laurel, Maryland. Missouri S&T says four new research centers – focused on infrastructure, advanced manufacturing, artificial intelligence and autonomous systems, and environmental and resource sustainability – will stand at the heart of this endeavor.

“This gift is transformative for S&T, the Rolla region and our state,” said Dr. Mo Dehghani, Missouri S&T chancellor. “For nearly 150 years, Missouri S&T has been known as the state’s premier technological university. Now, thanks to June and Fred, S&T will have the opportunity to become one of the nation’s leading universities for innovation. At the same time, this gift will make our school a center for entrepreneurship, thereby energizing the economy of the Rolla area and the entire state of Missouri.

“With this gift, we expect to be able to dramatically increase the size of our student body, recruit outstanding new faculty, establish powerful new centers of research, and engage with the community in new and exciting ways,” Dehghani said.

Fred Kummer, 91, is the founder and chairman of St. Louis-based HBE Corp., the world’s leading design-build firm for health care. The university says the Kummers have been major donors to Missouri S&T for decades.

“I owe much of my success to the education I received at Rolla,” Fred Kummer said. “My Rolla experience taught me how to think, how to work hard and how to manage my own career. June and I believe in the mission of this great university, and that’s why we have chosen to invest in S&T’s future success. We believe that Missouri S&T’s best days are ahead.”

The Kummers’ gift will be channeled into a new not-for-profit foundation, The Kummer Institute Foundation. According to an analysis completed by the University of Missouri-Columbia, the economic impact of the foundation is expected to fuel $250 million in gross domestic product to the Missouri economy during its first five years of operation and more than $2 billion over 25 years. The study says the impact does not include the potential of spin-off corporations and subsequent job creation that the initial $300 million gift is expected to produce, or the research and development activities to be accomplished by the institute’s four research centers.

Founded in 1870, Missouri S&T is a STEM-focused research university of over 8,000 students and part of the four-campus University of Missouri System.