You are here: Home / Archives for DPS Director Sandy Karsten

During today’s press briefing, Gov. Parson and various cabinet leaders gave a brief overview of what they are doing to respond to COVID-19. They also answered questions from reporters.

Watch the press conference below: 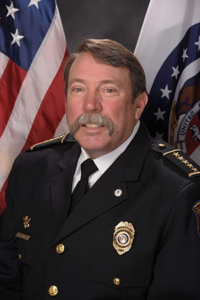 In an exclusive interview with Missourinet Cape Girardeau television partner KFVS, Juden describes the audit as a targeted attack on his reputation.

KFVS also spoke exclusively to former Governor Eric Greitens, who defended Juden during an on-camera interview, calling him “one of the best people I know.”

“Our initial review raised concerns that warranted a more in-depth examination of past public safety administration practices,” Karsten said in a November news release. “The previous state audit of the DPS Director’s office was completed nearly five years ago. A state audit is the appropriate next step to ensure the DPS Director’s office is fulfilling its obligations to the people of Missouri.”

You can find the entire KFVS report and interviews with Juden and former Governor Greitens here.