You are here: Home / Archives for Dorial Green-Beckham 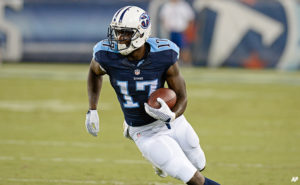 Philly.com is reporting that former Missouri wide receiver Dorial-Green Beckham has been traded by the Tennessee Titans to the Philadelphia Eagles.

DGB was traded for offensive lineman Dennis Kelly.  Green-Beckham was a second round pick of the Titans in 2015 and 32 catches for 549 yards and four touchdowns his rookie season.

Green-Beckham was a highly sought after recruit out of Springfield-Hillcrest and started and ended his college career prematurely at Mizzou.  He was dismissed after being arrested twice for marijuana and an investigation for allegedly pushing a female acquaintance down stairs, though he was not charged in any of the incidents.  He transferred to Oklahoma, and never played a game. 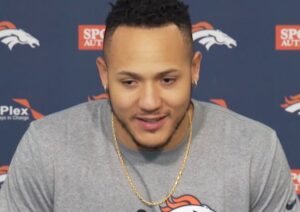 Shane Ray is happy about his new contract, but anxious to get up to full speed.

Former Mizzou star defensive end Shane Ray has a four year deal with the Denver Broncos that will pay him $9.116 million.  After watching the first week of OTA’s from the sidelines, Ray is finally back on the field, but not how he wants to play.  The Denver training staff finally feels that Ray has made enough progress from a foot injury that they cleared him for some limited participation in drills and he expects to be even more active as the offseason program continues.

During his first six days on the sideline, Ray was studying the outside linebacker position in place of on-field work, asking and listening to coaches and teammates as he hit them with questions to gain a better understanding of the defense.  Ray went through a few individual drills Monday, but he probably won’t be ready for full-speed, 11-on-11 practice until training camp in late-July.  Ray is still bothered by a toe injury he suffered in the New Year’s Day Citrus Bowl. 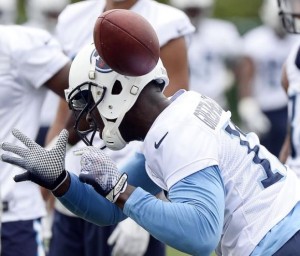 Dorial Green-Beckham drops a pass during Tennessee OTA’s last week.  My biggest concern while DGB was at Mizzou was that he didn’t have the hands to catch the ball in traffic.

The Tennessee Titans agreed to a contract with former Mizzou bust Dorial Green-Beckham, their second round pick, the 40th selection overall. In two years with Mizzou, he had 87 catches for 1,278 yards and 17 touchdowns. He spent the 2014 collegiate season practicing with the Oklahoma football team, but he wasn’t eligible to play because of NCAA transfer rules, after he was kicked off the Tigers by Gary Pinkel.

Early in 2014, he was arrested along with two men after Springfield, Missouri police found marijuana in their car. Green-Beckham was also charged in October 2012 with marijuana possession in Columbia, Missouri, and later pleaded guilty to second-degree trespassing.  The final straw at Mizzou came after a police investigation of a suspected burglary involving Green-Beckham.  The case was closed with no arrests and shortly thereafter, Green-Beckham was cut from the team. 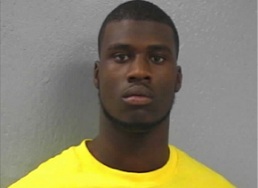 The Greene County Sheriff’s department says Green-Beckham is no longer in custody. He was arrested by the Springfield Police Department but has not been charged.

He is coming off a season in which he earned 2nd team All-Southeastern Conference honors with a team high 59 catches for 883 yards and 12 touchdowns. Green-Beckham was one of the country’s top high school recruits in the class of 2012.

He was suspended from the team for one game in October of 2012 after being arrested for misdemeanor marijuana possession. That charge was later dropped.

Green-Beckham is from Springfield and graduated from Hillcrest High School.

John E. Hoover, a writer for the Tulsa World Herald is reporting that his sources are saying that Springfield Hillcrest prized recruit, Dorial Green-Beckham, will select Missouri over Arkansas after the reception he received in and around Columbia this past weekend.

This year at Missouri games, we’ve heard the familiar MIZ-ZOU cheer. We’ve heard it changed to MIZ-SEC when the Tigers announced they were shifting conferences and late in the first half of Saturday’s basketball win over Texas Tech, the 15,000+ fans changed the chanting MIZ-DGB.

Fliers started circulating in Columbia late Friday that read, “Mizzou has brought in the #1 ranked football player in the entire COUNTRY for today’s game. … We’re changing the MIZ…ZOU chant today to MIZ…DGB. Please let Dorial feel the love and welcome him home to MIZZOU!!”

Nobody will know for sure where he is headed until he makes his announcement official Wednesday morning.