You are here: Home / Archives for Diagnostic and Correction Center

The women’s prison in northeast Missouri’s Vandalia could have about half of its housing units permanently closed. Trevor Foley, with the state Department of Corrections (DOC), says Gov. Mike Parson’s new state budget proposal would make the change. Gov. Parson’s proposed $34.1 billion budget for the fiscal year beginning in July includes about $802 million for the Department of Corrections. 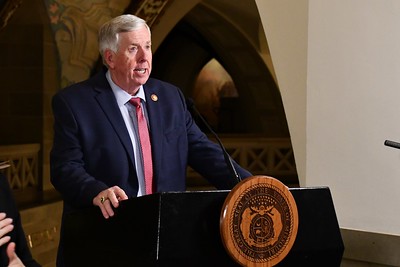 During a state House Budget Committee hearing this week, he says some of the inmates at the Women’s Eastern Reception, Diagnostic and Correctional Center in Vandalia have already been transferred to the women’s prison in northwest Missouri’s Chillicothe.

“No one has lost their jobs, there’s been no layoffs,” he says. “And we have significant capacity in our female beds. Our other female institution is probably arguably our best staffed institution in the state. So, we were able to consolidate spots into that facility and close roughly half of this one.”

Karen Pojmann, spokeswoman for the department, tells Missourinet the Vandalia prison has been battling major staffing shortages. The change makes the environment safer for staff and inmates.

Within the past year, the clothing factory at the Vandalia prison was also closed and is in the process of moving to a men’s prison in eastern Missouri’s Pacific.

“Essentially, this means Vandalia won’t house women who haven’t yet earned high school diplomas. The primary reason for this change isn’t related to cost saving; it’s driven by the difficulty in filling academic teacher positions in the Vandalia area. Because we have space at Chillicothe, it’s much more efficient to move women who need adult basic education to a location where the services are sustainable and staff are available,” says Pojmann.

The full year savings from the permanent closure of 981 general population beds at Women’s Eastern Reception, Diagnostic and Correction Center in Vandalia is $5.4 million and 95 full-time equivalent jobs. The department wants the savings, along with other savings the department has found, to be reinvested in:

• An expansion of the Division of Probation & Parole’s Officer Safety and Arrest Pilot program, including training and equipment for probation and parole officers

• Conversion of the former Crossroads Correctional Center in Cameron into a training academy, where custody staff can train in a setting similar to the setting in which they’ll be working

• An expansion of the department’s heavy equipment crew. The crew members complete construction projects within the prison system.

Pojmann says temporary housing unit closures for maintenance projects and staffing shortages may continue as needed, but she says there are no other permanent closures planned.

The Women’s Eastern Reception, Diagnostic and Correctional Center in Vandalia opened in 1998.