You are here: Home / Archives for David Dorn

The widow of a fallen retired St. Louis police captain spoke during Thursday night’s Republican National Convention. David Dorn was killed by looters in the midst of riots in June. Ann Dorn says her husband was checking on a security alarm in the middle of the night at his friend’s pawn shop and never returned home.

“I re-live that horror in my mind every single day,” she says. “My hope is that having you re-live it with me now will help shake this country from the nightmare we are witnessing in our cities and bring about positive, peaceful change.”

Dorn says the criminals livestreamed her husband’s death and their grandson watched the video in real time on Facebook not realizing he was watching his grandfather dying on a sidewalk.

She says too many young people have become so callous and indifferent towards human life. 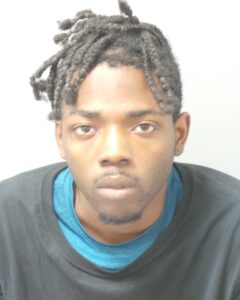 “This isn’t a video game where you can commit mayhem and then hit “reset” and bring all the characters back to life. David is never coming back. He was murdered by people who didn’t know, and didn’t care, that he would have done anything to help them,” she says.

Four police officers were shot that night in St. Louis. Dorn says at least 55 businesses were damaged, looted or set on fire.

A 24-year-old St. Louis man is accused of first-degree murder in last Tuesday’s killing of retired St. Louis police captain David Dorn. Stephan Cannon is being held without bond. Dorn, 77, was killed while protecting his friend’s pawn shop during a break-in.

Protesters have hit the streets across the world to rally against the death of George Floyd of Minneapolis. The African American man died after a white police officer pushed a knee into Floyd’s neck for more than eight minutes.

Cannon has also been charged with first-degree robbery and burglary, three counts of armed criminal action and a felon in possession of a firearm.

Dorn’s visitation is planned for Tuesday and a private funeral is scheduled for Wednesday morning in St. Louis.