You are here: Home / Archives for concussions

Football players suffering from the effects of concussions could one day benefit from new treatment methods developed thanks in part to mice. 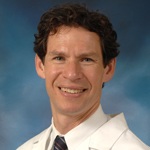 Washington University in St. Louis has received a grant of about $91,000 from NFL charities, the charitable foundation of National Football League Owners, toward studying brain injuries from multiple concussions. David Brody, MD, PhD is associate professor of neurology. He has worked clinically with retired NFL players since 2010 and says in that time he has learned that a better method is needed for assessing what happens after a concussion.

“So then we returned to the laboratory to start developing animal models of repeated concussions where we can control, now, the severity of the concussion and how much time elapses between concussions and how many concussions there are. We can’t control those things, obviously, in players.”

The work will involve giving mice concussions to see how well magnetic resonance imaging (MRI) can measure damage in the brain’s white matter after repeated incidents.

Brody says the mice provide good models of concussions as they occur in people.

“The mice are confused and they’re not thinking clearly and their memory isn’t very good and their balance is poor just like a concussed person, but it’s not fatal. If you give a single concussion to the mouse it doesn’t cause any permanent injury. The mouse recovers from this quite well after about a week. But, multiple concussions in the mouse do cause persistent abnormalities, and so we do think it’s a fairly good model.”

Brody has also studied what has happened to U.S. military personnel that have suffered blast-related brain injuries in Iraq and Afghanistan. He says those concussions have substantial differences from those suffered by players of football and other sports.

“We think that the scan type … this diffusion tensor imaging … will hopefully be very useful at both, but that’s not a sure thing by any means. We need to prove that, and so we recently have a good animal model for sports-related concussion and we’re going to test this new scan for the first time in that model.”

Brody hopes after the first year of the two-year project, if the imaging is working well in mice, planning might begin for studies on people such as current or former athletes. Scans could be done on people now, but he says the results wouldn’t be understood.

“We could see the results, and maybe we could see some abnormalities but we wouldn’t really know what they mean, whereas in mice we can really figure out what an abnormality means. That’s what we did before with the more severe injuries and we were able to use that knowledge to help us understand what the results of the blast injuries were. We’re following the trajectory that we had used in the past for more severe injuries and studying blast related injuries, and it was very successful in the past.”

As for the use of the mice, Brody notes it uses a method approved by animal studies committees that is considered ethical because the mice are under anesthesia and feel no pain.