You are here: Home / Archives for Centers for Disease Control and Prevention

Missouri’s governor says the Show-Me State is one of the states the White House is concerned about, with increasing COVID-19 cases. 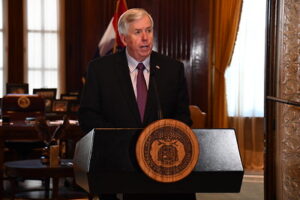 “We are grateful to both our vice president and to President Trump for their continuing support throughout this process,” Parson says.

The state Department of Health and Senior Services (DHSS) says Missouri has had 55,321 confirmed cases, up from 39,352 cases on July 24.

“So they’re basically saying we’re here, we’re going to send the CDC (the Centers for Disease Control and Prevention) in there to help, and I encourage all the help we can get in that area to make sure we curve this as soon as we can,” says Parson.

During his media briefing, Governor Parson also expressed disappointment with the viral videos of weekend parties at the Lake of the Ozarks, without social distancing.

The governor emphasizes that he and other state officials have been urging residents to practice social distancing, for months. Parson is urging you to take responsibility.

“That virus is out there, and it’s not going anywhere right now,” Parson says.

The governor has also announced that $7.5 million of the state’s coronavirus relief fund has been allocated to a cost-share program with local counties, to help schools cover costs for personal protective equipment (PPE), and cleaning and medical supplies for school buildings and buses.

Some Missouri families might be thinking about skipping trips to the public swimming pool this summer since the coronavirus continues to make waves. The CDC’s new guidelines for public swimming pools say parents should consider whether their children can stay six feet away from people they don’t live with and, if not, don’t take the kids to the pool. 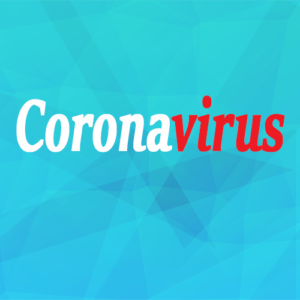 Are Missouri’s public swimming pools safe to use during COVID-19 outbreak?

Chezney Schulte, the communicable disease coordinator for the Cole County Health Department, says if people are practicing social distance and pools are properly maintained, the chances of getting the virus are low.

“It is eyes, nose and mouth transfer of droplets from an infected person. So, certainly that could occur in the pool if you’re coughing or sneezing or sputtering on someone that’s close by. But as far as the virus living in the pool, that’s not thought to be a readily mode of transmission from person to person,” she says. “It’s understood that just because of the chemical balance in the pool water, if those are maintained properly, that that would not be a high-risk environment for transmission of the virus. And so, it really is just maintaining that physical distance from others.”

Missouri does not have capacity limits for public swimming pools but some cities and counties might have stricter rules to follow.

Schulte also encourages pools to disinfect frequently-used surfaces between use or often, including concession areas, pool chairs and tables.

“It’s highly beneficial to get our kids and our families back active, especially in these outdoor environments and things like that in the summer heat but it’s good to just understand what you can do at an individual level to decrease your risk no matter what activity you might be involved in,” says Schulte.

The Lake of the Ozarks has been making national headlines for pictures and a video showing an unidentified business with people crowded into the pool and bar area over the weekend. Schulte says simple precautions go a long way in the fight against the coronavirus.

“A crowded environment at a pool or interacting with people outside your family group, people you might not know their health status of or anything like that, that becomes a more high-risk activity. So, you have so much of the control there of your risk of exposure to COVID-19,” says Schulte.

Local health departments are in charge of enforcing the statewide requirements.

St. Joseph city officials in northwest Missouri report the first death in Buchanan County from complications brought on by COVID-19; the former St. Joseph state prisoner transferred to Kansas City. The Missouri Department of Corrections made the announcement. 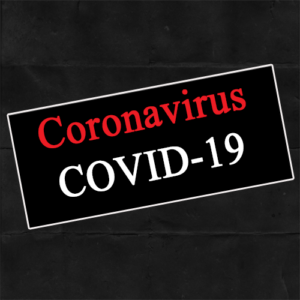 City officials say the prisoner was transferred to St. Joseph for an unrelated illness that required isolation, which the prison in Cameron could not accommodate. The prisoner was actually diagnosed with COVID-19 when transferred to a Kansas City area hospital March 19th. Though he later tested negative twice for coronavirus, he remained hospitalized for other medical conditions.

Corrections officials say he was the first prisoner diagnosed with the virus. The prisoner had been isolated in a negative airflow chamber at Western Reception, Diagnostic and Correctional Center in St. Joseph since March 4th after being monitored for a suspected respiratory condition. No other prisoner had contact with the inmate. No staff has reported symptoms.

Corrections officials say medical and custody staff followed all Centers for Disease Control and Prevention guidelines. All rooms and vehicles the offender occupied were immediately sanitized, according to the Department of Corrections. All staff who came into contact with the infected prisoner have been notified.

The Missouri Legislature is working on a more than $30 billion state budget for the fiscal year beginning in July. Lawmakers are crafting a balanced budget they are required to pass in early May. Now they are faced with the effects of COVID-19, often referred to as the coronavirus, and how it will creep its way into the current and future state budgets and state revenues.

Several events, businesses and schools in Missouri have taken precautionary steps in an effort to avoid an outbreak of COVID-19. Missouri cities hosting major college and high school basketball tournaments will take a hit for getting the games called off or limiting the number of fans allowed, not to mention the St. Louis Blues having the plug pulled on the team’s season.

Missouri will miss out on all those fans once coming through its airports, spending money to hitch a ride to the events, crashing at a hotel, shopping, eating, and drinking. Speaking of drinking, Kansas City and St. Louis have both canceled their St. Patty’s Day parades. That’s a lot of green beer sales not bringing in as much green paper.

The financial impact of these events collecting far less money than planned will trickle down to the state level. There might also be a growing state-level price tag for coronavirus response for agencies like the State Health and Human Services Department. It all depends on how the disease plays out.

During a press conference Thursday at the Missouri Capitol in Jefferson City, Majority Leader Caleb Rowden, R-Columbia, says lawmakers might have to make some tougher decisions.

“This is unchartered waters for us and so we’re going to take it as it comes,” says Rowden. “It’s probably two-fold: One, we figure out how much money we’ve got coming in and obviously what we have to spend. But also, potentially what dollars need to be utilized and resourced for the purposes of dealing with this particular issue.”

Rowden says Gov. Mike Parson and legislative budget leaders did not reach a consensus revenue estimate – an agreement on how much they project the state to earn in revenue during the upcoming state budget year. The estimate helps lawmakers shape the budget.

“At least maybe a silver lining in that, which is not something we are celebrating, but it provides Senator (Dan) Hegeman a little bit of flexibility when the House budget comes over to recognize, I think we were under the general assumption that the economy has been good. And so, we thought if anything, that we might have the chance to spend a little more money than the House did on our priorities. But if that’s reversed, based on the information that we have, based on the economic realities of the coronavirus and the backlash, we’ll have to deal with that as well,” he says.

The Missouri Constitution requires state lawmakers to approve a balanced budget by early May.

According to the Centers for Disease Control and Prevention, the United States has more than 1,200 cases of COVID-19. So far, 36 people have died from the illness. Globally, the virus has sickened more than 125,000 people and killed about 4,600. About two-thirds of the cases originate in China.

So far, Missouri has tested 73 patients for the virus and that number continues to grow.

Thursday, Gov. Parson announced the state’s second “presumptive positive” case of the respiratory illness is a Springfield patient in their 20s who recently traveled to Austria.

Tuesday, the Centers for Disease Control and Prevention confirmed a positive case involving a St. Louis County woman in her 20’s who recently studied abroad in Italy.

Missouri has its first likely case of COVID 19, known as the coronavirus. During a press conference Saturday evening at St. Louis County Executive Sam Page’s office, Gov. Mike Parson says the case involves a female in her 20s from St. Louis County, who had recently traveled to Italy.

“She is isolated at home with family members who have also been in isolation,” says Parson.

Page says the patient returned to Missouri earlier this week and tested positive for the virus today. He says the Centers for Disease Control and Prevention are expected to confirm the case the middle of next week. The woman’s parents are not showing symptoms of the disease at this time.

Page, an anesthesiologist, says the case is “highly likely” to come back confirmed as positive.

Page says the woman will be advised to remain isolated fourteen days after her symptoms are gone.

In a press release from the Governor’s Office, it says the state has tested a total of 26 individuals for the virus, including the expected positive case announced today. Three additional tests remain in progress.

The disease has infected tens of thousands of people around the world, with more than 3,000 dead.

Missouri’s health director testified Monday afternoon in Jefferson City that he’s hoping for the best and preparing for the worst regarding the coronavirus. 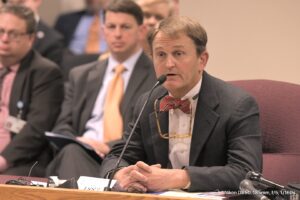 Dr. Williams testifies there have been no confirmed cases in Missouri. About 100 people have been self-monitoring, and Dr. Williams says the department has had fewer than 15 people under investigation, which includes testing.

DHSS says about 80 people in Missouri have been evaluated by epidemiologists.

Director Williams testifies that hand washing is the key thing to remember.

“When people ask me how good or bad this is, the answer I always give is I’m not going to speculate. I don’t know but I’ll tell you this,” Williams testifies. “If you will use good handwashing for 20 seconds, as described by the CDC.”

The CDC is the Centers for Disease Control and Prevention. Dr. Williams also recommends avoiding touching your eyes or mouth with unwashed hands.

“We don’t have a vaccination, so that will not be available to us. We do not have antivirals that are readily available,” says Dr. Williams.

Director Williams testifies Missouri is well-prepared, noting DHSS has held daily meetings since January 27. He emphasizes that the United States has an excellent health care system, and also praises the preparation of Missouri’s health directors and providers.

Williams is not making a supplemental budget request right now, regarding the coronavirus. He tells the committee that the federal government will be offering the money Missouri will need. Williams doesn’t think DHSS will need general revenue.

During a Statehouse press conference on Monday, House Speaker Elijah Haahr, R-Springfield, told Missourinet that the Legislature will be ready if a request comes. Haahr notes he spoke about the issue earlier on Monday, with House Budget Committee Chairman Cody Smith, R-Carthage.

“If money is needed, the ability to put that in the supplemental (budget) to get that money to the people who need it quickly,” Speaker Haahr says. “I know on the federal level, there has been quite a bit of discussion about the amount of money that’s needed. Obviously, it’s going to take some time to turn around a vaccine on this.”