Missouri corrections officials are scheduled to testify before a legislative committee in Jefferson City in September about county jail reimbursement. 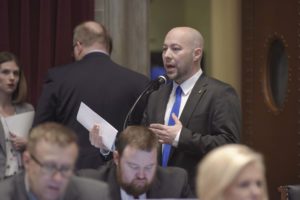 Missouri Department of Corrections (DOC) budget director Trevor Foley is set to testify before the House Budget Committee on September 10 about the county jail reimbursement program and the issue of electronic monitoring of offenders.

Missouri is the only state in the country that reimburses counties for a portion of the defendant’s entire local jail time, while the person’s case goes through the court system.

House Appropriations Subcommittee on Corrections Chairwoman Sara Walsh, R-Ashland, tweeted at Missourinet today that this is an issue that state lawmakers want to continue to explore. Walsh says the Legislature budgeted $1.75 million in the current fiscal year to all Missouri counties with unpaid jail reimbursements.

Walsh says she’s invited county commissioners and sheriffs from her mid-Missouri district to the hearing.