You are here: Home / Archives for Brian Kinkade

A House Committee on government efficiency is looking into how the Department of Social Services handles child abuse cases. 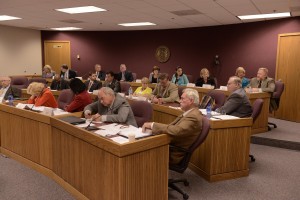 The Interm Committee on Improving Government Responsiveness and Efficiency heard from Springfield law enforcement officer Tim Bruce, who says he has been trying for years to get the Division of Family Services to investigate claims three of his grandchildren are being sexually abused.

“It was not confirmed through an investigation and through a CAC interview that my oldest grandson was, in fact, sexually molested. All of this while DFS had continually told me that there was no concern, there were no issues, and the mother to this day still has those children in her care.”

“I would contend that in the vast majority of those cases, our division, the law enforcement, our doctors, our juvenile courts are taking the actions to keep our children safe.”

The case of 4-year-old Lucas Webb of Holt gained attention when the Department refused to release information to the Kansas City Star for months. Allen asked Kinkade about the handling of that situation.

Kinkade tells her, “We are always concerned about taking an action that would jeopardize the prosecution of someone who has hurt or murdered a child, so our immediate action is always going to exercise extreme caution because if we were to do something to release information that would somehow jeopardize a situation like that, then you can’t pull that back, you can’t correct it, you can’t fix it.”

The Committee is also discussing eligibility for food stamps and temporary benefits for needy families. Its hearing continues today.

A state representative says he’s completely dissatisfied with a contract between the Department of Social Services and a Boston-based firm that he says would trap some Missourians permanently in a life of poverty. 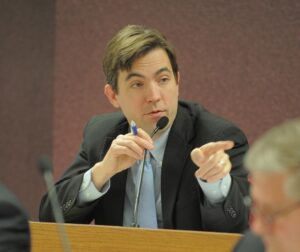 The House Committee on Government Oversight and Accountability, chaired by Representative Jay Barnes (R-Jefferson City) has heard testimony on a contract the state has with Public Consulting Group to evaluate state public assistance recipients to see if they are eligible for federal disability programs. The company says it can save Missouri up to $80 million a year. The contract would pay PCG $2300 for every Missourian moved onto disability payments from the Temporary Assistance for Needy Families (TANF) program.

Barnes says unlike on TANF, where recipients must meet certain work requirements, people on the federal program are not likely to look for work because that would hurt their eligibility for federal benefits. He says that calls into question the morality of the contract.

Barnes says PCG is looking at three categories of recipients, one of which he agrees includes people whose medical records confirm their disability status and that they will never work again.

“The second two categories are people for whom PCG is being paid to build an administrative law court case to get these disability benefits.” He adds, many of those decisions would have to go to appeal to be finalized. 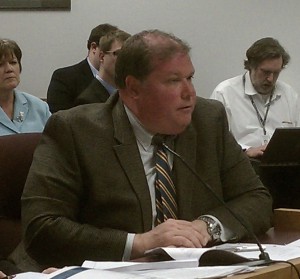 Representative Todd Richardson (R-Poplar Bluff) argues the shifts from state to federal benefits will also pile on to a program the federal government can’t afford.

“You can call it revenue maximization or getting people onto the right program. At the end of the day, if we take the spin off of it, the state is spending money to put people onto a broke federal program.”

Social Services Deputy Director Brian Kinkade says his department and the contract deal with the laws as they are written.

“I think the question is whether they are eligible for the benefit under federal law, and if they are then they should receive it.”

Barnes says following Monday’s hearing, he isn’t sure what his next action will be.