You are here: Home / Archives for Bill Reiboldt

Missourians will have a chance to decide if farmers should have a constitutional right to do what they’re doing.    The legislature has sent them the so-called “Right to Farm” amendment. 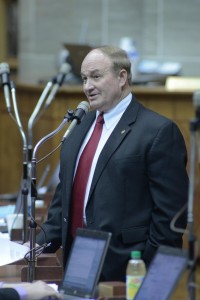 The movement to create the amendment was triggered by the “Puppy Mill” petition campaign putting limits on pet breeders.  Voters approved the puppy breeding law but the legislature immediately changed it, saying it needed to be more practical.   Regulation of pet breeders is handled by the state agriculture department.

The original proposals would have prohibited petition efforts such as Proposition B creating agricultural laws, but that idea has been removed.  St. Louis Senator Scott Sifton thinks that’s the most important change made in the three years of work on the bill.

“What’s most important to me is…that the power of the people to check the legislature on that subject matter and any other agriculture subject matter is not something I do not  want to see taken away from them,” he says.

The proposal also retains the right of local governments to pass ordinances on zoning, health, and environmental issues., The original proposal would have eliminated that local government authority.

Early versions of the proposal also dealt with the abilities of local governments to pass ordinances and laws restricting farming. The legislature finally agreed on a compromise that says the amendment would not interfere with rights afforded local governments elsewhere in the Constitution.

Desloge Representative Linda Black says what is going to voters deals more directly with the right to farm.

“We had kind of gotten bogged down in the House on petition issues, trying to put protective language in that resolution … I think that the compromise that was struck leaves out any language for petitions but it does kind of soften the ability for local municipalities and counties to implement ordinances that enforce any kind of laws that have to do with livestock or agriculture.”

The Missouri Farm Bureau is one of the groups that has pushed for a right to farm amendment. President Blake Hurst says his group was comfortable with the language dealing with local control issues being removed, but they still want the state’s initiative petition process to be addressed. 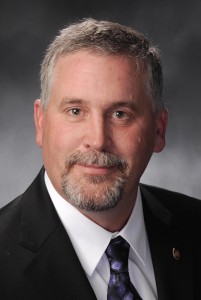 “Basically that’s what I want. I want discussion. I want people to start talking about it now. I think it’s something that is really important to rural Missouri.

The discussion in the committee was largely about opposition. Representative Linda Black (D-Desloge) was one of several lawmakers concerned that an election could result in someone being the figurehead of the state’s agriculture industry, who doesn’t have that industry’s best interests in mind.

The Missouri Farm Bureau’s Director of State and Local Governmental Affairs, Leslie Holloway, reminded the committee that just three years ago the Humane Society of the United States successfully backed an initiative to change the state’s dog breeding industry.

“We do have real concerns about what happens if you do have a vote with urban areas and what kind of money comes into the state from interests that are not supportive of Missouri agriculture.”

Missouri Soybean Association CEO Dale Ludwig likes the idea, though, and says he has “more faith” in urban voters.

“What is the likelihood of having someone elected that wouldn’t really represent Missouri agriculture? I guess after serious thought, we’re just as likely, or more likely in my opinion, to have a governor that for whatever reason appoints someone for political payoff, or whatever might be, that is more likely to be outside that realm.”

The plan is not expected to come to a vote in the committee but its chairman, Representative Bill Reiboldt (R-Neosho) says he expects the issue to keep coming up in future sessions.

A ballot issue meant to protect the rights of Missourians to farm is one step closer to reach voters. A proposed constitutional amendment has been passed out of the House that would put a so-called “right to farm” issue on the November, 2014 ballot. 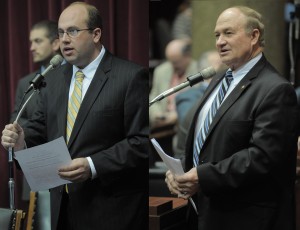 Representative Casey Guernsey (R-Bethany) says the proposal is a chance for Missourians to stand against animal rights groups like the Humane Society of the United States.

“It seems unconscionable to me that such an attack would be successful in a nation that owes its greatness to these very agrarian principles that are now under siege … a nation whose founding fathers were farmers, and they were livestock owners, and who believed farms were the building blocks of this nation.”

One of the sponsors of the proposal, Speaker Pro-Tem Jason Smith (R-Salem) says groups like HSUS are made stronger by a population that is largely generations removed from farming. He cites an example given by former legislator Tom Loehner.

Republican leadership moved to cut off debate on Thursday before any Democrats could speak on the proposal. On Wednesday, several Democrats spoke against the measure.

Representative Chris Kelly (D-Columbia) said it would undo the work of the legislature in 2011 to compromise on legislation regulating puppy breeding operations in the state.

“We settled the dog issue. We compromised on it, we worked it out. Now, included in this laudable constitutional amendment is a backdoor repeal of the protection on the breeders … we’re going right back to puppyland.”

Guernsey said the legislation was not about repealing the dog breeding compromise.  The measure passed on a bipartisan 110-41 vote.