You are here: Home / Archives for Bill Polllock Show

Thanks for listening and please subscribe to my daily podcast on Apple Podcasts, Stitcher, Sound Cloud and Facebook

The trolls come out in defense of Patrick Mahomes and attack me over just one tweet. I fight back.

Tim Newton, voice of the Boilermakers, tells us about freshman stud Rondale Moore and the Sparks vs. Sparks matchup

How much of this hurricane hype should you buy into? There’s one neighborhood in Charleston having a Florence block party!

Thanks for listening and please subscribe to my daily podcast on Apple Podcasts, Stitcher, Sound Cloud and Facebook

If this podcast teaches a lesson,  it is this.  Take time to really get to know your co-workers.  Outside of what you see on a daily basis, you’re sure to come across some interesting characters.  The stories we have to tell our fascinating.

St. Louis sports fan in general, not all, but in general suffer from this personality complex.  St. Louis fans can’t understand why fans of other teams don’t like the Cardinals or Blues.  I see and hear it all the time.  Today I give you two examples as you’ll hear from a St. Louis fan who believes NBC was out to stick it to Blues fans during the telecast of Game 5 with the Wild.

Both the Cardinals and Royals are below .500, but it’s only April.  I’ll run some numbers past you that will reassure you that the season isn’t over by May 1 if your team doesn’t have a winning record.

Some weekend warriors on the golf course have started something new…and I don’t like it! 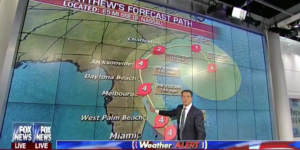 Shepard Smith of Fox News told everyone in Florida to leave so he wouldn’t miss a family wedding.

Welcome to my podcast…The Bill Pollock Show, one of the best podcasts you will listen to, because I sprinkle in news, sports and entertainment and  I don’t expect you to agree with all my opinions, but I will make you think.

I don’t produce one of these podcasts that rambles for 30, 45 or 60 minutes.  I knock this stuff out in 12 minutes.  OK, today is a minute and a half longer because as I was giving my college football predictions and I realized I picked LSU to beat Florida…and they’re not playing…so on the fly I called an audible and picked another game.

Today, I talk about hurricane news coverage…I thought Shepard Smith of Fox News gave the best reporting of Hurricane Matthew.  He was so over the top dramatic, it was like he was sticking it to his bosses who were calling for “MORE DRAMA!!!  GIVE US MORE DRAMA THAN CNN!”

Joe Buck, you either love him or hate him.  He admits hair plugs nearly cost him his career when his vocal cord was paralyzed.

Former Mizzou quarterback Blaine Gabbert was your last hope of never needing to see Colin Kaepernick play again and he screwed it up last night.  Plus, I tell you the real reason fans are not watching the NFL as much as they used to.

I’m not asking you to give up your whole lunch hour or workout to listen to me…I’m just asking you give a listen on your way to work!