You are here: Home / Archives for ATF

Gov. Mike Parson says more than 1,000 National Guard soldiers will be called up to help crack down on the violent and destructive turmoil going on around Missouri. On Saturday, the governor signed an executive order activating the National Guard to help with ongoing turbulence. 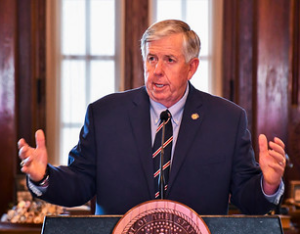 Protests have sprung up in several Missouri cities since last week’s police brutality death of George Floyd, an African-American man from Minnesota. A white police officer pressed his knee into Floyd’s neck for about eight minutes while the man was on the ground face down in handcuffs.

When night falls, the surroundings have become unruly in Kansas City and St. Louis. Four St. Louis police officers were injured during shootings Monday night and a retired officer there was killed by looters. News and police vehicles have been set on fire in both cities. Looters have broken into businesses and damaged property. Officers have been injured by flying objects. People in the crowd have been pepper spray and tear gas has been ignited.

“We’re not going to have police officers, we’re not going to have citizens of Missouri being shot in our streets in this state and we’re going to put an end to it with whatever forces I have as governor of the state of Missouri. Whether that’s every member of the Highway Patrol, whether that’s every member of the National Guard, I will call them all out to stop the violence,” says Parson.

The governor, a former Polk County sheriff, says there must be law and order in America for people to survive.

“We all need to take a little more accountability,” he says. “I don’t care whether you’re an elected official, whether you’re an everyday citizen, whether you’re a mom, whether you’re a grandma or whoever you might be. You need to start standing up and protecting one another and not engage and not trying to create chaos and commit criminal activities. They’re really trying to change a cause that definitely needs to be changed. Things need to be done different in society. We need to address issues that the African-American community have, but not through violence – not through what we’re seeing out there on the streets.”

Parson thinks the behavior is organized crime that is different from the 2014 Ferguson riots.

“When all the sudden you’ve seen pallets of bricks show up or pallets of blocks that show up, you’re having a strategy where dumpsters are where you pull them out and you set them on fire, they know to try to burn police cars because it gets more of the media coverage, and their main focus is to try to get to the police stations or the law so they can disrupt the services there. So, they have a plan of how they do sweeps, they have a plan of how they attack police officers,” says Parson.

The FBI and its SWAT team, ATF and Missouri Highway Patrol are also helping on the ground in St. Louis.

St. Louis’ Public Safety Director has announced that the FBI, ATF, the Missouri National Guard, the Missouri Highway Patrol and other agencies arrived overnight to help patrol St. Louis, and will continue to do so until further notice.

Public Safety Director Jimmie Edwards tells reporters that more than 200 people engaged in “persistent criminal activity” overnight. He says four St. Louis police officers were shot, and that a retired officer was killed by a looter. 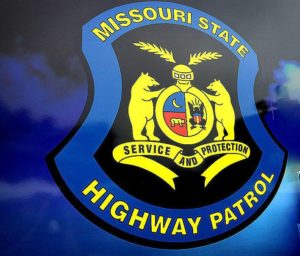 The four officers who were shot have been released from the hospital.

“To the criminals that inflicted crime on our city last night, we have your surveillance pictures,” Edwards says. “And I will use every tool available to me to count every freckle on your face until you have been identified and arrested.”

“Yesterday evening and throughout the early morning, many of the same protesters that our officers protected turned violent against them,” Edwards tells St. Louis reporters. He says they threw objects at officers and used fireworks against them.

Mayor Krewson describes what happened overnight as a riot, adding that it was “a terrible night for St. Louis.”

“What started as a very non-violent and peaceful demonstration and protest ended in looting, shooting, burning and attacks on law enforcement,” Krewson says.

She tells reporters that hundreds of vehicles were going to various locations.

As for the curfew, it takes effect tonight at 9 and goes until 6 a.m. It will continue daily until further notice.

There are exceptions to the order. They include those traveling to and from work, government employees performing work assignments, the news media and those traveling for medical treatment. The homeless are also exempt.

St. Louis Circuit Attorney Kim Gardner also spoke today, saying that while she wants peaceful protesters to continue to make their voices heard, she will use the full power of law to prosecute those who shoot and murder police officers.

Prosecutor Gardner also urged peaceful protesters to help her office “root out those whose actions work directly against justice for all.” 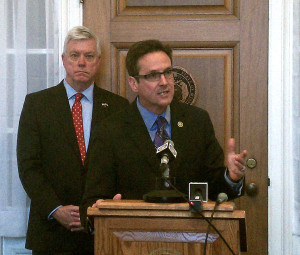 Senator Kurt Schaefer (R-Columbia) says according to an internal e-mail from the Highway Patrol, when the Social Security Administration requested a list of Missouri concealed carry permit holders, it said it was to conduct a joint investigation with the ATF.

“All I know at this point is it appears from the internal documents that the Department of Revenue, before they produced the information, knew that it was a joint request from both.”

Schaefer says, that the Revenue Department and Highway Patrol knew the ATF wanted the list is what concerns him the most.

“We’ve had a couple weeks’ worth of hearings and we have heard nothing about ATF, anyone knowing that this was going to ATF, until we actually came across it in the documents.”

The letter Schaefer is referring to on Monday was read to the House Committee on Government Oversight and Accountability by Highway Patrol Superintendent, Colonel Ron Replogle. Replogle did not state whether information was sent to the ATF.

Asked whether it is appropriate for the Bureau or the Social Security Administration, both law enforcement agencies, to have access to that information, Schaefer says it might be on an individual basis. He says to use the entire list of more than 160,000 Missourians who have CCWs is profiling.

A request has been made to have a Social Security Administration investigator testify to the Senate Appropriations Committee, and the Senator says he plans to make a similar request to the ATF to find out if it received the CCW list.

Schaefer says the documents also reveal that the second disc sent to the Social Security Administration was not encrypted, as lawmakers have been told.

“Apparently it was just on an XL protected, password protected file, and the actual password was on a piece of paper in the package with the discs.”

The development has caught the attention of Congressman Blaine Luetkemeyer. In a statement, his office says Luetkemeyer has sent a letter to the ATF asking about how involved it was in what he calls a “scandal.”