You are here: Home / Archives for Angela Gilpin

The state Supreme Court has unanimously upheld the murder conviction and death sentence in a high-profile 2009 mid-Missouri case. 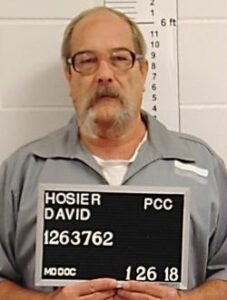 64-year-old David Hosier was convicted of first degree murder and armed criminal action for the 2009 killing of Angela Gilpin of Jefferson City.

Court documents say Hosier had been having an affair with Gilpin, who was a married woman. The court filings say the affair ended, and that Angela reconciled with her husband Rodney in August 2009.

Prosecutors say Hosier broke into Angela Gilpin’s apartment in September 2009, shooting and killing both Angela and her husband.

The Supreme Court heard oral arguments in the case in April, and Hosier’s public defender, Amy Bartholow, argued that his trial counsel was ineffective. She also said that Hosier’s trial counsel should have called a psychiatrist at trial to testify about a stroke and brain damage that Hosier had suffered.

Bartholow told the court during April’s oral arguments that Hosier’s “brain is dead in places.”

“Trial counsel, guilt phase trial counsel had over 150 trials worth of experience over many years in both Texas and Missouri,” Barnes told the Supreme Court in April.

Barnes also questioned whether Hosier had a stroke, telling the court in April that the stroke “didn’t explain the 1986 assault on his wife or his threat to kill multiple law enforcement officers or to kidnap his kids and take them to Mexico during that time.”

In a unanimous 7-0 decision written by Judge Paul Wilson, the Missouri Supreme Court today unanimously affirmed Hosier’s convictions, which means he remains under a death sentence.

While Hosier is suspected of killing Rodney Gilpin, he was never charged for the second murder.

Court documents say Hosier was captured in Oklahoma after the 2009 Jefferson City murders, after urging Oklahoma police officers to shoot him “and get it over with.” The court filings say a STEN submachine gun was used to kill Angela and Rodney Gilpin, and that Oklahoma authorities found it in Hosier’s vehicle. They also found 15 firearms, ammunition, a bulletproof vest, crowbar, latex gloves and a knife.

The court documents also say that Jefferson City Police found an application for a protective order against Hosier, in Angela Gilpin’s purse, after the murders. The court filings also say there was a document in her purse, stating that she was afraid Hosier might shoot her and her husband.