You are here: Home / Archives for American Rescue Plan of 2021

Legislation aimed at preventing waste or fraud of federal stimulus dollars will be heard Monday afternoon by the Missouri House Budget Committee in Jefferson City. 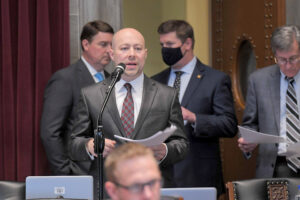 The bill from Budget Chairman Cody Smith (R-Carthage) establishes the Committee on Local Recovery Accountability and Transparency to conduct oversight of stimulus money.

“This is counties and cities, namely. They’re about to receive hundreds of millions, if not billions, of direct federal aid from Congress, through the American Rescue Plan,” Smith says.

“Ultimately what we’re trying to do here is avoid any waste, fraud and abuse that takes place at times when we’re seeing a tremendous amount of stimulus spending will be going around the state,” says Smith.

Click here to listen to the full interview between Missourinet’s Brian Hauswirth and Missouri House Budget Committee Chairman Cody Smith (R-Carthage), which was recorded on April 23, 2021:

Legislation creating a new fund for the billions of dollars Missouri is expected to receive from a new federal stimulus package will be unveiled Monday afternoon in Jefferson City. 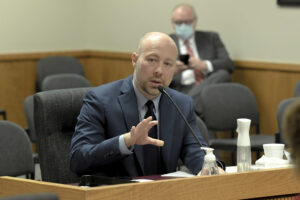 House Budget Committee Chairman Cody Smith (R-Carthage) tells Missourinet that any money from the “American Rescue Plan of 2021” and any future stimulus money would go into the new fund.

“And the intent there is to set up the fund to receive those funds from this next round of federal stimulus, and keep them separate from all of the other funds that we have in the state treasury for transparency purposes, for management purposes,” Smith says.

Smith says it would also assist with planning purposes.

The U.S. Senate and House have approved different versions of the $1.9 trillion stimulus package. CNBC reports the U.S. House will have to sign off on the Senate’s changes, before the bill can be signed by President Joe Biden (D).

As for Chairman Smith, he says it’s unclear yet how much money specifically will be coming to Missouri. But he notes it will be in the billions.

“It’s generally agreed upon and thought that Missouri will receive billions of dollars with this next round of stimulus for various purposes. And so while we don’t know exactly how much, we do anticipate that it will be a lot of money,” says Smith.

Smith will present his two-page bill on Monday afternoon, to the Budget Committee in Jefferson City. Under House Bill 1236, State Treasurer Scott Fitzpatrick would be the new fund’s custodian.