You are here: Home / Archives for Sports / High School Sports

The longtime owner of Missourinet Chillicothe affiliate KCHI Radio (AM 1010 and FM 102.5) has died. 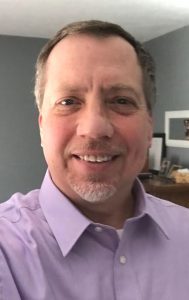 He bought the radio station in April 1996, placing a strong emphasis on local news and local and high school sports coverage.

Veteran KCHI news director Tom Tingerthal tells Missourinet Leatherman “knew the value of small town and small market radio and the importance of the station to the community.”

KCHI has written a story, focusing on Leatherman’s emphasis on the community.

Their story noted that he loved small town radio and believed in the value of radio to the local community.

“If it’s important to the local community, cover it and tell them what they need to know,” KCHI’s story quotes Leatherman as saying frequently.

Leatherman was well-known in radio across the state, as well as in the northwest Missouri business community.

He served at one time as the Chillicothe Area Chamber of Commerce President, and also served on the Hedrick Medical Center Board.

Funeral services have been scheduled for Leatherman.

KCHI reports a parish rosary is scheduled for Wednesday afternoon at 4 at Heritage Funeral Home in Chillicothe, with visitation to follow until 8 p.m.

Funeral services are scheduled for Thursday morning at 10 at St. Columban Catholic Church in Chillicothe.

This is the second death in 2018 involving a prominent media member in Chillicothe.

Longtime Chillicothe Mayor Chuck Haney died in May at the age of 81.

Haney and Leatherman were friends. Haney was a Missouri Press Association Hall of Famer, spending years as a reporter, newspaper publisher and radio broadcaster, primarily in northwest Missouri.

“We are pleased to welcome Coach Earleywine home – to the JCPS family,” said Gary Verslues, assistant superintendent of secondary education for Jefferson City Public Schools. “Ehren brings a wealth of experience as a collegiate coach, a parent, an athlete and a former Jaybird. He has many professional connections at the regional, state and national levels that will be extremely beneficial to our district. He is a winner.”

“I am excited for the opportunity to help elevate JCPS toward becoming the premier district in Missouri once again,” said Ehren Earleywine. ” I look forward to working with the entire JCPS team of administrators, directors and coaches to make it happen. For me personally, it’s a beautiful thing that my career and my passion come together in the city and at the school I love most.”

END_OF_DOCUMENT_TOKEN_TO_BE_REPLACED

MSHSAA’s state championship football games will be back at Mizzou for both weekends starting in 2018. MSHSAA selected the University of Missouri’s Memorial Stadium as the championship venue for the next five years.

Jason West of MSHSAA told me that in the event the Mizzou-Arkansas game ever moves back to Saturday after Thanksgiving, MSHSAA will have to move their championship venue to another location such as Columbia’s Hickman High School.  MSHSAA would not be able to play the Friday before due to walk-throughs and game day prep.

The first weekend for high school football is the weekend of August 24th and 25th.

MSHSAA also signed a three-year extension to continue the volleyball championships on the campus of SEMO in Cape Girardeau through 2020.

Chris Hentges is the back as the Helias football coach.  A teacher for 25 years at the school, and a coach for all but three, he took those years off to watch his son Hale play football at Alabama. Hentges is a tight end for the national champs.

Chris was an All-American for the Crusaders in the 1980s, playing for his father, Ray.  The Crusaders won 50 games under Hentges, including district titles the past four seasons. Helias was the Class 4 runner-up in 2008 and 2009.

“Helias football has been an important part of my life and I’ve truly missed being involved with the program the last three years. When the position came open I spent time in prayer and discussion with my family. I am grateful the administration is entrusting the program to me. My expectation is for both players and coaches to represent Helias with honor and class; and my goal is to make Helias football the best program in the state.”d.”

This morning at a press conference at the school, Chris talked about discussing the opportunity with his son.