You are here: Home / Archives for Missourinet Contributor

Missouri voters did something Tuesday that was done only once before in the state’s 200-year history.  Historian Bob Priddy explains that Governor Mike Parson was not running for reelection. He was Lieutenant Governor when Eric Greitens resigned, moving him into the big office. This was the first time Missourians were faced with a sitting governor running for election since Lilburn Boggs, who as lieutenant governor replaced Daniel Dunklin, who resigned after becoming Surveyor General of Missouri and Illinois.

Boggs, who is best known for issuing the extermination order against the Mormons, was elected to a full term in 1836.

The extermination order said, the Mormons must be treated as enemies and must be exterminated or driven from the State if necessary for the public peace,” which led Joseph Smith and the Mormons to flee to Nauvoo, Illinois.  The order remained on the books until Governor Christopher Bond canceled it in 1976.

Boggs also is remembered for the “Honey War” for almost going to war with the state of Iowa, a boundary line dispute. 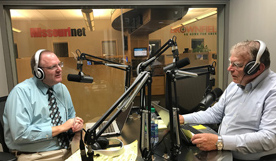 by Bob Priddy for Missourinet

A proposal on the November 3 ballot further limits Missourians’ abilities to vote for incumbents they like.

Amendment 1 extends the two-term limit for Lieutenant Governor, Secretary of State, Attorney General, and State auditor. The governor and the state treasurer already are term-limited.

But history shows Missourians might have a hypocritical streak on this issue.

When given a chance to vote for more terms for candidates, Missouri voters have a propensity to do it. It’s how Peter Kinder served three terms as lieutenant governor; Jay Nixon served sixteen as state attorney general; Forest Smith served four terms as state auditor. One of his successors, Haskell Holman, served 18 years.

Missourians limited their opportunities to vote when they supported term limits in 1992, with limits kicking in with the 1994 election—at which time many legislators who already had served eight or more years were elected for even more. 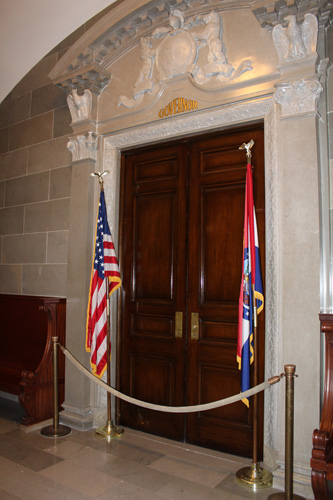 Missourians are voting in a unique election this year because five statewide officeholders are trying to keep a job nobody elected them to hold four years ago. 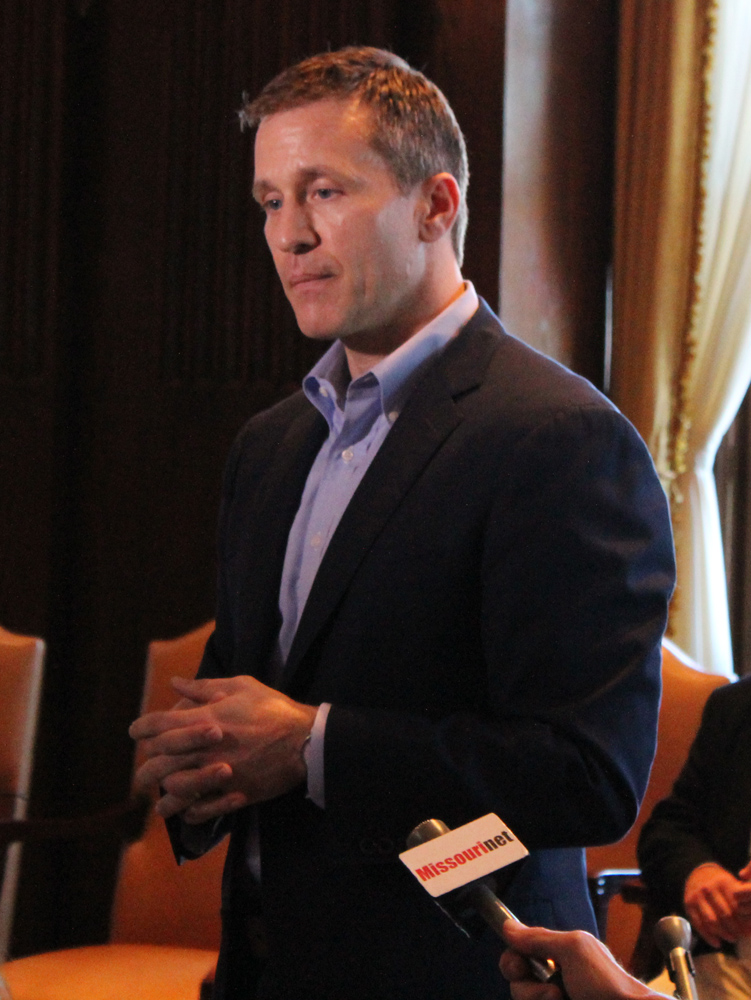 The resignation of Governor Eric Greitens created a jobs shuffle at the top of state government.

In 2016, Parson was elected Lieutenant Governor. Schmitt was elected State treasurer. Kehoe was headed back to private life as a term-limited senator and Fitzpatrick was facing ouster from the House because of term limits. Parson moved up with the resignation of Governor Eric Greitens and promptly appointed Kehoe as Lieutenant Governor. Schmitt was elected State Treasurer then was appointed Attorney General when Josh Hawley ended Claire McCaskill’s U.S. Senate career.  Fitzpatrick, House Budget Committee chair, was appointed by Parson as Schmitt’s successor as Treasurer.

The only statewide officeholder who is running for reelection, not just election this year, is Secretary of State Jay Ashcroft, who has stayed where voters put him four years ago.

They all have opponents who hope to short-circuit their historic bids on election day.

According to court documents, the AC is a violent, race‑based organization that operates inside federal prisons across the country and outside prisons in states including Texas, Arkansas, Louisiana, and Missouri.  The group was originally a spin-off of the prison-based Aryan Brotherhood of Texas. According to federal prosecutors, the AC’s structure and influence have expanded outside of prisons to rural and suburban areas in various states.

These indictments are part of “Operation Noble Virtue,” a larger investigation into AC leadership that has resulted in seventeen federal convictions in six jurisdictions to date.

Court records further indicate that the AC enforces its rules and promotes discipline among its members, prospects, and associates through murder, attempted murder, assault, and threats against those who violate the rules or pose a threat to the organization. 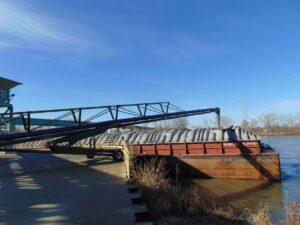 “The flood of 2019 also, along with devastating a lot of levees along the river, created about $200 million in damages to navigation structures,” Hannan tells Missourinet affiliate KFEQ in St. Joseph. “And so, what has happened in the last three weeks is the river levels have returned to normal, they’re not low, they’re just normal service levels that we would see, but because of all that damage to navigation structures, it’s creating shallow spots in the navigation channel on the river.”

While the Corps estimates the damage at $200 million, it has only $20 million in its budget to make repairs.

The Corps says all that water rushing down the Missouri River the last three years, including the widespread flooding of last year, damaged half to three-quarters of the 7,000 river training structures on the lower Missouri River.

Money isn’t the only problem. It takes time to fully scour the Missouri River channel and return it to its authorized nine-foot by 300-foot condition.

Hannan isn’t looking to Congress for more money. He points out Congress has already made its allocation to repair damage done by disasters throughout the country last year, including the devastation Missouri River flooding did to the Midwest last year.

“We are now trying to find every piece of money we can in the Corps of Engineers to see if we can apply some more resources to fix some of these problems on the river,” Hannan says.

He says Corps crews as well as contractor crews are doing their best to guide barges away from the damaged areas of the navigation channel while awaiting repair.

“We are doing absolutely everything we can to not let the barge traffic stop, because we know the agricultural community is really dependent to move their goods and the fall harvest here,” Hannan says. “So, we’re going to give 100% effort in the Corps of Engineers to do everything we can to keep that traffic moving.”

By Brent Martin of KFEQ in St. Joseph

“They can choose to teach from home using a video conferencing method. If they’re not comfortable coming in, they can go ahead and use their sick leave to come in,” she says. “Or if they are comfortable showing no symptoms – totally asymptomatic – they can come in, wear a mask, do some extra social distancing, and still be able to conduct and teach their classes.”

When the district surveyed teachers, they said they wanted to keep classes going and students in school if possible.

“One of our biggest fears was that we would have to shut down school because our teachers would be quarantined and unable to teach – not necessarily because they had tested positive but just because they had been listed as a close contact,” she says.

Banner says so far, the district has had a couple of students quarantined before the school year started, but for now, every student is in class.

Buchanan County Clerk Mary Baack-Garvey says the county received ballots with the original language for Amendment Three, which has been rewritten by the courts.

“One of our voters and citizens here in Buchanan County noticed it, absolutely appreciate the fact that they did, because I can’t image if this happened on Election Day,” Baack-Garvey tells Missourinet affiliate KFEQ in St. Joseph. “So, I do commend that person for citing that error. That way all we have to do is 17-Hundred and not, let’s say, 55,000 on Election Day.”

Because they took ballots to vote absentee, the voters can be easily identified. Baack-Garvey says every voter given the incorrect ballot will be sent a new one.

“We had 27 people come here and vote in person. We have the list of their names and we’re going to mail them an absentee ballot to make sure that if they want to change the way they voted on Amendment Three, they can,” Baack-Garvey says. “On the 1,700 absentee voters, we’re sending them a brand new ballot.”

Amendment Three is a largely Republican-backed effort passed by the Missouri Legislature and placed on the November ballot. It asks voters to change the redistricting rules adopted as part of the Clean Missouri initiative two years ago.

Baack-Garvey says the county received the incorrect ballots from a vendor who had not corrected the Amendment Three language thrown out by the courts.

Brent Martin of Missourinet affiliate KFEQ contributed to this story. 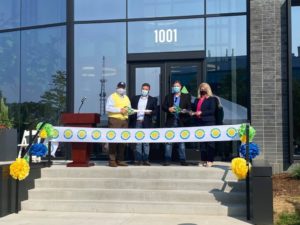 Perdue said the work of Benson Hill will go a long way in helping feed the estimated 9 billion people on the planet by 2050.

“The kind of things we know about different genes and genomes and germplasm today based on what companies like Benson Hill do, and what they will know more in the future about affecting the palatability, the flavor and nutritional qualities will go a long way,” he said.

Chinn said the 39 North Innovation District in St. Louis is the perfect location for Benson Hill. 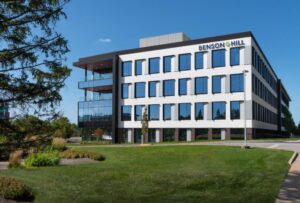 “The culture of ag innovation and ag business in Missouri is thriving and it’s strong. St. Louis has more plant scientists than any other place in the world, so this is a great fit for Benson Hill,” said Chinn.

The 160,000 square foot building will be the home Benson Hill’s team of experts in plant biology, agronomy, data analytics, machine learning and food science all focused on the innovation of better food and ingredient options from plant to plate.