The Missouri Tigers shocked the SEC by knocking off the 11th ranked Auburn Tigers Saturday evening in Columbia by a final score of 85-73.

Mizzou kept their distance despite Auburn attempting 16 more free throws than Mizzou, going just 30-of-46. Meanwhile the Tigers were 22-of-29 and finished 15-of-18 around the rim. 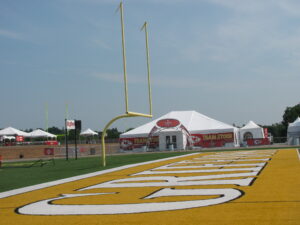 The Super Bowl Champion Kansas City Chiefs are returning to their summer home in St. Joseph, Missouri.  The team reached a three-year deal that would make Missouri Western State University  the home of Chiefs training camp through the 2022 season. The agreement includes an option to extend the partnership an additional two years after 2022.

“We are thrilled to announce that we will return to Missouri Western State University and the St. Joseph community this summer, and that we will remain there for the foreseeable future,” Chiefs President Mark Donovan said. “Our team researched and reviewed a number of viable options over the past six months.  Through those meetings and discussions, we unanimously decided to return to St. Joseph.”St. Joe has been a popular site for fans in the Kansas City area and the state to watch Chiefs practices.

To accommodate the team and the increase in the number of fans, Missouri Western is making updates to their facilities. This includes the development of a new seating area on the north end of the existing practice fields to better accommodate Chiefs fans who are viewing practices. These improvements are already underway and are being completed through a collaboration with the city of St. Joseph and Buchanan County. In addition, the university is taking steps and working with others to renovate Scanlon Hall in preparation for housing Chiefs players, coaches and staff. These updates will benefit both the club and university students.

The Chiefs have held training camp on the campus of Missouri Western State University every year since 2010, when the club returned its training camp to the state of Missouri for the first time in 20 years. The 2020 edition of Chiefs training camp will mark the 11th-consecutive year at the home of the Griffons. Of the five total training camp sites used throughout franchise history, the 11-year tenure in St. Joseph is the third-longest at any one location.

Dates and additional details for 2020 Chiefs training camp will be announced on www.chiefs.com in mid-June.

Contradicting his own statements and at first failing to man up and say his ball club cheated, Crane, along with current players Alex Bregman and Jose Altuve did nothing to help their cause at a press conference on Thursday morning to answer questions about the sign-stealing scandal. 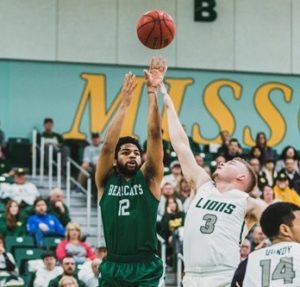 The No. 1-ranked Northwest Missouri State men’s basketball team extended its win streak to 15 in a row with a 96-75 road win over the No. 14-ranked Missouri Southern Lions on Thursday.
Northwest moved its season mark to 23-1 overall and 13-1 in MIAA play. It was the third straight 20-point plus victory margin for the Bearcats. Missouri Southern dropped to 18-5 overall and 11-3 in league play.

Redshirt freshman Luke Waters did not miss a shot and scored a career-high 19 points. Waters went 8-of-8 from the field, including a trio of three-pointers. Sophomore Trevor Hudgins led all scorers with 33 points on 10-of-19 shooting. Hudgins knocked in 7-of-13 three-pointers and was 6-of-7 at the free throw line. Northwest has made at least 10 three-pointers in six straight games

Ryan Welty and Tyler Dougherty moved their career marks to 123-6 and moved to within four of the Northwest win record of 127 set by Dray Starzl. Northwest will return to action Saturday at Pittsburg State. Tip is set for 3:30 p.m. in Pittsburg, Kansas. 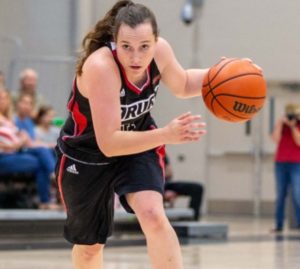 The Drury Lady Panthers topped 100 points for the third straight game and for the fourth time in their last five contests with a 103-60 victory over the Rockhurst Hawks in Kansas City, Missouri, on Thursday. The number one ranked Lady Panthers kept their record perfect moving to 24-0 and 15-0 in the Great Lakes Valley Conference. Rockhurst dropped to 9-14 and 3-12 in the league.

Payton Richards from West Plains scored a career-high 20 points going 8 for 10 from the field and 4 for 6 from three-point range. Drury’s bench scored 62 of the team’s 103 points.

“Payton came in and hit a couple of shots. We could sense she had a hot hand, and that was really helpful,” said Lady Panthers head coach Molly Miller. “Azia (Lynch) gave us a lift. Brooke (Stanfield) and Kelsey (Winfrey) are really playing well. It’s nice to have a group that can come in make a run for us.”

Drury is now averaging 108 points per game in their last five outings, and their win on Thursday was their 61st consecutive regular season victory. The Lady Panthers continue their road trip on Saturday when they play at William Jewell for a 1 pm game in Liberty, Missouri. 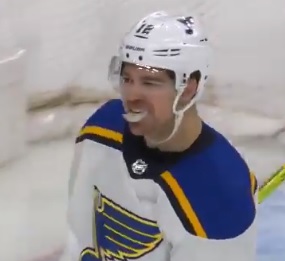 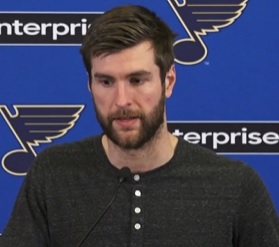 The Central Division-leading St. Louis Blues complete what was
supposed to be a fun Dad’s Trip to Southern California and Las
Vegas when they face the Vegas Golden Knights on Thursday night.

The first game of the trip on Tuesday night in Anaheim was
postponed with 7:50 remaining in the first period after veteran
defenseman Jay Bouwmeester collapsed on the bench during a
television timeout and sustained what the team reported was a
“cardiac episode.”

After several Blues players frantically waived for medical
personnel to come to the bench, the 36-year-old Bouwmeester left
the arena on a stretcher along with his father Dan for further
tests at UC Irvine Medical Center. He was reported to be alert and
moving all extremities despite being unresponsive on the bench
before being revived with a defibrillator.

The Blues, scheduled to fly a charter to Las Vegas immediately
after the game (which was tied 1-1 at the time of the incident),
instead remained in Orange County overnight before flying to Nevada
on Wednesday afternoon.

“It’s hard to even explain,” Blues captain Alex Pietrangelo said
when asked how stunning the incident was. “It happened so fast. It
felt like it was an eternity for us. We just reacted as fast as we
could. Everybody seemed like they wanted to help and do something.

New Cardinals hitting coach Jeff Albert was under the microscope as the media asked about his knowing of the cheating scandal while on the Houston Astros staff.

Our baseball expert explains why the new MLB playoff ideas are horrible. 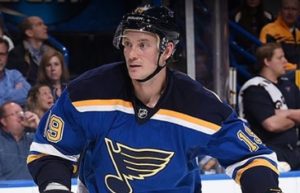 Blues defenseman Jay Bouwmeester is in the hospital after collapsing during last night’s game against the Ducks in Anaheim. General Manager Doug Armstrong says Bouwmeester suffered a cardiac episode and collapsed on the team bench after completing a shift. Bouwmeester was conscious and alert as he underwent testing by Anaheim’s physicians. The game was tied 1-1 at the time. The game has been postponed and will be made up at a later date.

An update on Bouwmeester’s condition will be given on Wednesday.

Doug Armstrong has issued a statement about the condition of Jay Bouwmeester. https://t.co/Kdmo2YAZnP #stlblues