You are here: Home / Search for "Mamtek"

The former chief executive officer of the failed Mamtek project in northern Missouri’s Moberly has been paroled from state prison. 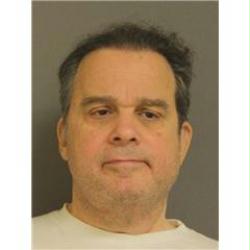 Former Mamtek CEO Bruce Cole pleaded guilty in September 2014 to one count of theft and two counts of securities fraud, and he was sentenced to seven years in state prison.

Cole held a 2010 press conference at Moberly Area Community College, where he promised then-Governor Jay Nixon, Moberly leaders and about a dozen reporters that he would bring 600 jobs to the struggling Moberly area.

The issue divided the community, and more than 20 lawsuits were filed in state and federal courts involving Mamtek.

Cole’s case was moved from Randolph to St. Charles County in 2014 on a change of venue, because of extensive media coverage in northern and central Missouri.

Fusselman has noted it was a complex case, because some of the bank records were in China.

The DOC website indicates Cole is being supervised in another state, under the Probation and Parole Interstate Compact.

The former CEO of the failed Mamtek project in northern Missouri’s Moberly will be paroled next year. 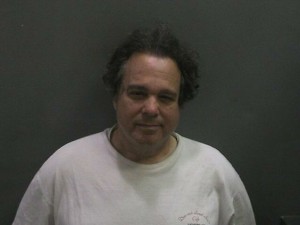 Former Mamtek CEO Bruce Cole pleaded guilty in September 2014 to one count of theft and two counts of securities fraud, and he was sentenced to seven years in state prison.

The case was moved from Randolph to St. Charles County on a change of venue, because of extensive news coverage.

Missouri’s Probation and Parole Board has approved Cole’s parole. Department of Corrections spokesman David Owen tells Missourinet Cole is scheduled to be paroled on June 4, 2018.

Cole is currently incarcerated at the Tipton Correctional Center, west of Jefferson City.

In 2010, former Governor Jay Nixon and Cole held an event at Moberly Area Community College, where Cole promised to bring 600 jobs to the struggling Moberly area. There were about a dozen reporters and television camera crews at that event.

Moberly officials agreed to issue $39 million in bonds, through the city’s Industrial Development Authority. The state authorized $17 million in tax credits, which were never issued.

Construction on the site, which is near Highway 63, ended in 2011. Mamtek ended in bankruptcy.

More than 20 lawsuits were filed in state and federal courts, involving Mamtek.

Koster joined Fusselman in Cole’s prosecution and Koster was in the St. Charles County Circuit courtroom when Cole pleaded guilty in 2014, before Judge Daniel Pelikan.

The Mamtek facility at the north end of Moberly.

A settlement has ended the civil case against investment banker Morgan Keegan and its legal advisor, Armstrong Teasdale, in the failed Mamtek project at Moberly.

The Columbia Daily Tribune reports the details of the settlement have not been released.

The two firms were accused of misleading potential investors and failing to adequately investigate the project before offering it.

Mamtek’s former CEO, Bruce Cole, is serving a seven-year prison sentence after pleading guilty to securities fraud and for stealing as much as 1.3-million dollars from the Moberly Industrial Development Authority’s 39-million dollar bond fund.

The man who scammed Moberly, the state, and investors out of millions of dollars over a promised artificial sweetener plant has been sentenced to seven years in prison.

Former CEO of Mamtek Bruce Cole pleaded guilty in September to one count of theft and two counts of securities fraud. Seven years was the maximum Cole could be sentenced to under the plea deal. He had been facing 55 years in prison.

Cole had promised to bring some 600 jobs to Moberly to produce sucralose in a process he claimed was patented and had been used in the company’s plant in China as well as $8 million in private capital. In fact, Mamtek had no patents, the factory it had an interest in, in China, had not produced sucralose on a commercial scale, and the plant that was partially built in Moberly did not meet safety or environmental standards. Construction on that site ended in August 2011.

After Governor Jay Nixon and former Governor Bob Holden joined Cole in announcing the Mamtek plant in 2010, Moberly officials agreed to issue $39-million in bonds through the city’s Industrial Development Authority and the state promised $17.6 million in tax credits and incentives.

Investment banking firm Morgan Keegan underwrote the bonds. It is now faced with a class-action lawsuit on behalf of the investors who bought those bonds.

Some of the money that was supposed to have gone Ramwell Industrial, which turned out to be a fake engineering firm, went to make a payment on the $6-million home Cole shared with his wife in Beverly Hills, California.

The former CEO of Mamtek, Bruce Cole, will serve between five and seven years in prison after pleading guilty to three counts for convincing investors to purchase $39-million in bonds for a sweetener factory in Moberly that was never completed.

The Columbia Daily Tribune reports Cole pleaded guilty Tuesday to two counts of securities fraud and one count of theft. He avoids the trial that was set to begin in December. He will be sentenced November 3.

With the Mamtek project, Cole promised to bring up to 600 jobs to Moberly. City officials agreed to issue $39-million in bonds and the state promised more than $17-million in tax credits and other incentives. Governor Jay Nixon and former governor Bob Holden, now chairman of the Midwest U.S.-China Association, appeared in Moberly when the project was announced.

Cole claimed Mamtek already had a factory in China, as well as private capital of $8-million and the ability to have the factory in production within six months. It also claimed to have a patented process for making sucralose.

Mamtek actually owned no patents and owned interest in a factory in China that never produced sucralose on a commercial scale.

Construction on the factory halted in August, 2011 when the bond funds ran out. Mamtek went into bankruptcy in December 2011.

The sale of what was to be the site of a sugar refinery in Moberly has been approved by a federal bankruptcy judge.

The former Mamtek, International property has been bought by Columbia-based MFA Oil, a farmer-owned cooperative with more than 40-thousand members. It includes 33 acres of land and the uncompleted shell of what was to have been an artificial sweetener plant.

The former president and CEO of Mamtek is charged with multiple counts of fraud and theft for stealing money from the 39-million dollars in bond funds borrowed by the City of Moberly to back the plant. Cole remains on house arrest in his home in the State of California.

The investment banker that backed the bonds, Morgan Keegan, and 10 of its employees, have been sued by the state Securities Commissioner for $30-million in restitution, fines and penalties.

The Office of Secretary of State Jason Kander has filed a civil enforcement action against Memphis, Tennessee-based Morgan Keegan and against 10 of its employees who worked on the sale of 39-million in bonds for the scrapped Mamtek sugar refinery at Moberly.

Morgan Keegan issued $39 million in bonds for the project. Kander is seeking $6.7 million in restitution for Missouri investors and $15 million in civil penalties.

“If not for Morgan Keegan’s failure to satisfy basic due diligence standards, we wouldn’t be here today,” Kander tells Missourinet. “Had they done that it would have revealed to Missouri investors that Mamtek’s promises were false, and so in addition to failing to perform adequate due diligence during their underwriting of the bonds … Morgan Keegan exclusively sold the bonds in and out of Missouri and misrepresented the facts, and provided false information about the offerings.”

Secretary of State’s Office Communications Director Laura Swinford says the petition alleges Morgan Keegan failed to independently verify material facts, such as, “Mamtek’s financial ability to contribute to the construction of the sucralose facility, the existence of patents on the sucralose producing technology and the purported sucralose facility in China.”

The civil enforcement action was filed in Boone County Circuit Court, where the largest single bondholder is located.

Kander’s office also seeks to have Morgan Keegan barred from underwriting any more bond issues in Missouri until it hires an independent consultant to review its due diligence policies.

When Kander was in the House, he was a member of the Special Standing Committee on Government Oversight and Accountability, that investigated the Mamtek project as it had been in line for more than $17-million in state subsidies.

The Chairman of that Committee, Jay Barnes (R-Jefferson City), says he is, “pleased to see actions to hold those accountable responsible.”

Former Mamtek chairman and CEO Bruce Cole is on his way back to Missouri.

Cole appeared today in court in California, where he waived extradition and surrendered to the Governor’s warrant. The Randolph County Sheriff’s Office will arrange for his transport back to Missouri, where he faces five felony charges.

The Attorney General and Randolph County Prosecutor have charged Cole with one count of stealing and four counts of securities fraud in relation to the failed deal to bring a sugar refinery to Moberly.

The former chairman and CEO of Mamtek is fighting extradition.

Bruce Cole appeared today in front of a California judge and did not consent to extradition to Missouri, where he faces a stealing charge and four counts of securities fraud, all felonies. California Governor Jerry Brown must now request the court to order extradition.

Cole’s next court appearance has been set for Wednesday. He is being held on $500,000 bond and is being represented by a public defender.

The former chairman and CEO of the failed Mamtek sugar refining plant at Moberly, Bruce Cole, is in custody in Orange County, California. This morning, the Attorney General’s Office along with Randolph County Prosecutor Mike Fussellman, filed five charges in Randolph County against him related to the $39 million dollar deal.

Former chairman and CEO of Mamtek, Bruce Cole, was arrested at his home in Dana Point, California this morning.

Those felony charges are: one count of stealing with a punishment of 5 to 15 years in prison and four counts of criminal securities fraud, that each carry up to 10 years imprisonment and up to a $1 million dollar fine. Attorney General Chris Koster would not comment on whether prosecutors would seek the maximum penalties.

See the complaint and the probable cause statement.

The charges allege Cole took at least $700,000 from the $39 million in bond money for personal use. According to the probable cause statement, Cole had an invoice created that appeared to come from “Ramwell Industrial, Inc,” requesting payment of over $4 million for Ramwell’s services, though that company never existed.

The next day, Cole had a Mamtek bookkeeper wire $700,000 to Cole’s wife, Nanette. She then made a mortgage payment of over $243,000 to stop foreclosure proceedings on the Cole’s home in Beverly Hills, California.

Koster says Cole “misrepresented or failed to disclose important facts related to the construction project.” That includes claiming that the sucralose manufacturing process to have been conducted at the Moberly plant would have created no hazardous materials, when in fact it would have. 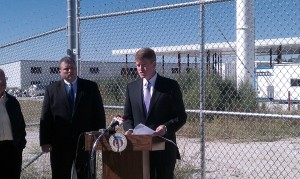 The charges filed today also allege that Cole told Moberly that Mamtek had a fully operational sucralose plant in China when it did not, and only four to six months would be needed to build the Moberly facility when Cole believed it would take longer.

Koster says the process begins today to extradite Cole to Missouri to face the charges. Cole is being held on $500,000 bond in Orange County, California.  Koster would not comment on whether additional charges might be filed or whether more people could face charges, but says the investigation is continuing.

Koster says these criminal charges have little to do with any money being recouped from the Mamtek deal, but adds, “I think that the likelihood of financial recuperation coming out of this still remains less than likely. The bankruptcy proceeding will determine that.”

The site of the Mamtek plant and all equipment there is scheduled to be auctioned off at 10:00, October 24.