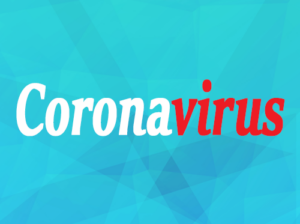 A new variant is beginning to spread across the northeastern part of the United States. XBB.1.5 is nicknamed Kraken and it’s spreading quickly. While the CDC’s COVID-19 guidance remains the same about how people can best protect themselves from serious illness, some health professionals express concern that it could bypass immunity as well as vaccines. Others, like the Missouri Department of Health and Senior Services’ Nathan Koffarnus, say that there’s a lot of uncertainty.

“We just don’t know yet how serious that one’s going to be, but I will say that XBB is the one that we’re tracking the most closely,” according to Koffarnus. “It seems to be a U.S. specific variant at this time. It seems to be locally grown, so-to-speak. It doesn’t seem to be something that’s blown up in a different country and is now making its way here, but, we might find more later. It’s something like 70% of the cases up in the northeast right now. In Missouri, the highest percentage we’ve had for XBB so far is something like 4% in sequencing.”

On the bright side, Missouri is having a pretty mild winter in terms of COVID case numbers, tempering expectations for cases rising following the holidays. The Central, Northeast, and Southeast parts of Missouri are considered in the ‘low’ level for COVID-19 community level, while the other parts of the state are in the medium category. The numbers for COVID in Missouri currently are about half of what they were at the tail-end of December.

“Every variant that’s come along or subvariant that’s come along has been better at transmission than the previous one,” explains Koffarnus. “Some have maybe caused more severe illness than previous ones. The last one that I can recall that really was both more transmissible than the variants that came before it and seemed to cause more severe illness was Delta that was back in like mid-2021. You know, since then, we’ve seen somewhat milder variants, but that are just better at spreading. Everyone that comes along is going to be better at spreading because that’s how it beats out the prior versions.”

Koffarnus says XBB is a subvariant of the Omicron variant of COVID.

Click here for the latest COVID numbers from the Missouri Department of Health.