Missouri’s special session bills have been signed into law. Gov. Mike Parson has signed off today on an income tax cut package and an extension of some agriculture tax credits.

Parson called the Missouri Legislature back to the state Capitol to pass the measures. 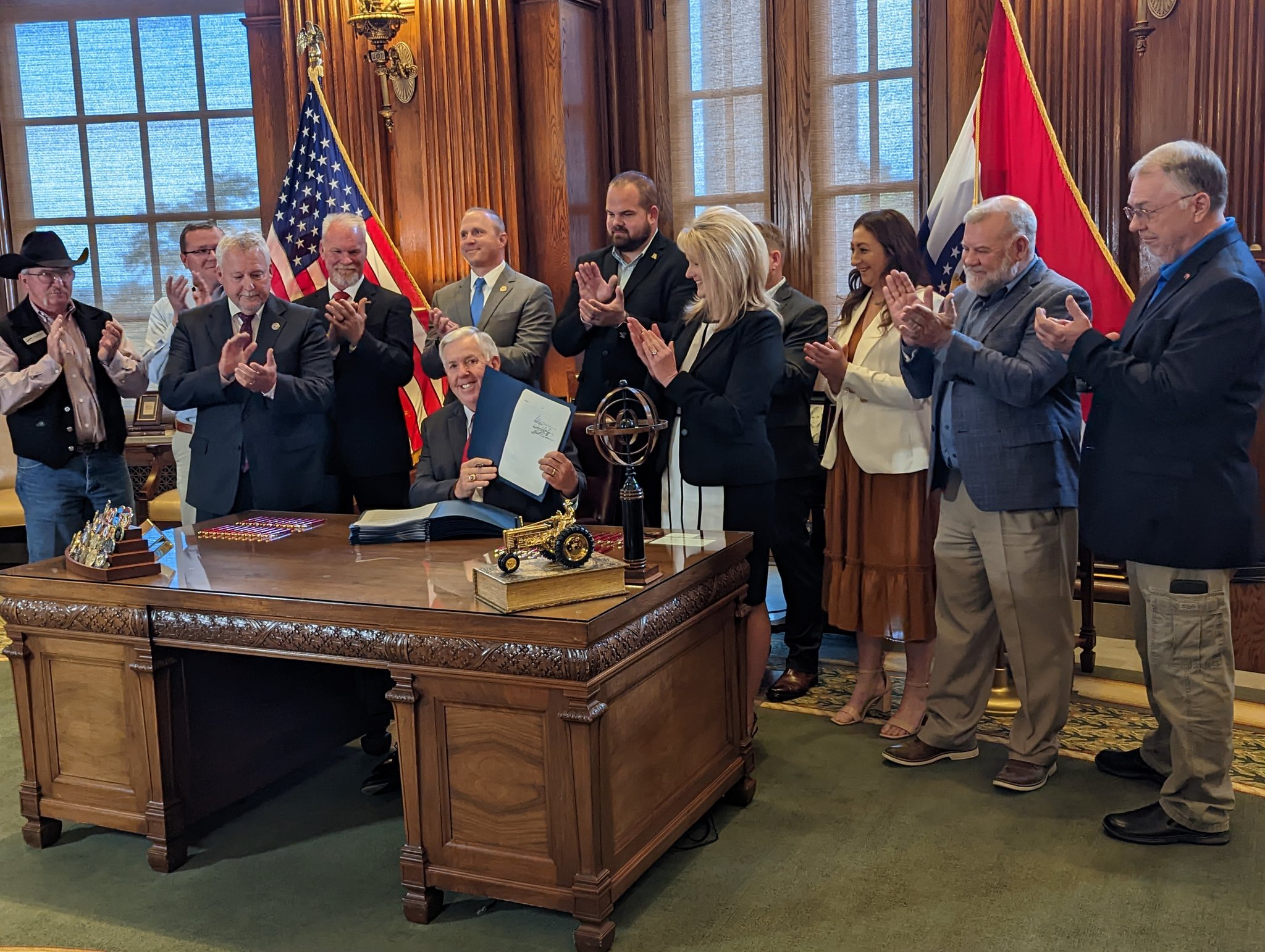 “Two years was simply not enough time for programs to remain effective, business plans to be crafted, or let alone projects to be completed. Missouri agriculture should not be treated differently than any other business or any other industry and today is a huge win for agriculture,” said the governor.

Under the legislation, Missouri gas stations selling a 15% blend of corn-based ethanol would get a five-cents-per-gallon credit annually, with the maximum annual credit of $5 million. Biodiesel producers who make soybean oil-based fuel would get a two-cent-per-gallon annual credit.

Meat processors with fewer than 500 workers could get a credit of up to 25% of the cost of expanding their Missouri sites.

Beginning in January, Missouri’s income tax rate will gradually lower from the current 5.3% to 4.5% over several years – if Missouri brings in enough cash.

The $1 billion package will also eliminate the lowest tax bracket for Missourians who earn less than $14,000 annually, which means they will not owe state income taxes.