The Columbia-based Roots N Blues Festival is a month away and it will feature Grammy Award-winning artists Wilco, Chaka Khan, Bleachers, Tanya Tucker, Old Crow Medicine Show, and Academy Award and Grammy winner Jon Batiste. Batiste won the Album of the Year at the 2022 Grammy Awards.

The festival is Friday, October 7 – Sunday, October 9, 2022 at Stephens Lake Park in Columbia. Festival passes and single-day tickets are on sale  HERE.

Festival organizer and co-owner Tracy Lane spoke with Show Me Today this summer about the coming festival. (LISTEN 12:16)

“We’re continuing to expand on what we started in 2021 by exploring all corners of American Roots Music – moving away from a narrow definition and adopting a broader view of what roots music is,”  Shay Jasper, Co-owner of Roots N Blues said.

The festival will honor Grammy Award-winning performer and produced Jeff Tweedy of Wilco with the 2022 Missouri Roots Songbook honor onstage on October 7. The award is for artists who have had an impact on music and Missouri.

“Jeff Tweedy’s talent and passion in his Uncle Tupelo performances and the early days of Wilco garnered national attention that shined a spotlight on Missouri clubs like The Blue Note and Mississippi Nights,” said Lane. “I’m one of the extremely fortunate people who witnessed the magic of Uncle Tupelo evolve into the genius of Wilco.” 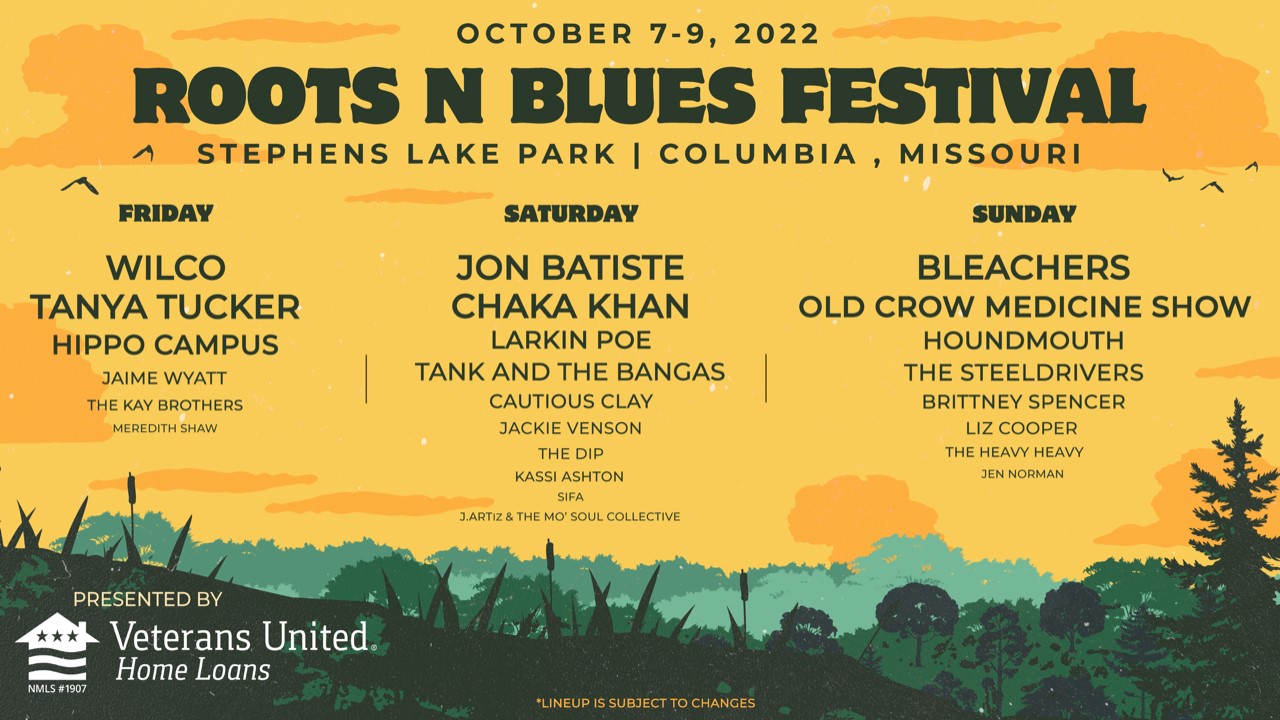 Previous Post: « Owner and Executive Chef of Q39 discuss why Kansas City stays on top (LISTEN)
Next Post: Find out the treasured activities that hide in Columbia (LISTEN) »