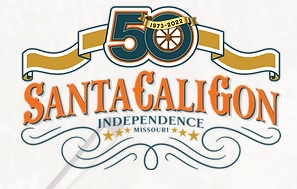 If you’re finalizing plans for Labor Day Weekend, consider heading to Independence, Missouri for one of the biggest FREE festivals in the country…SantaCalGon Days. The first SantaCaliGon Days Festival was held in 1940 to celebrate the unique heritage of the City of Independence as the starting point of the Santa Fe, California, and Oregon Trails. A second celebration was held after World War II in 1947. The Festival was not held again until 1973.

The festival, then called Three Trails Days, featured a beard and mustache contest, the Miss Independence pageant and a pioneer costume contest. In 1974 the festival was renamed Santa-Cali-Gon Days, a name originally penned by Velma Katschkowsky in a 1940 contest to name the festival. In 50 years, the Festival has evolved into one of the nations premier festivals, drawing more than 300,000 people.

Tom Lesnak, president of the Independence Chamber of Commerce, talks about the history and fun planned for this year’s event.

Previous Post: « Missouri military organization has helped 1,300 suicidal people – not one has died by suicide
Next Post: Top aerobatic pilot ready to wow the crowd over Kansas City skies (LISTEN) »