State Senator Holly Thompson Rehder, R-Scott City, grew up on the other side of the tracks. She couch surfed, lived in mobile home parks and witnessed things that no child should – drug addiction, domestic violence and sexual violence. She was sexually abused by her grandfather – a person she looked up to and trusted. 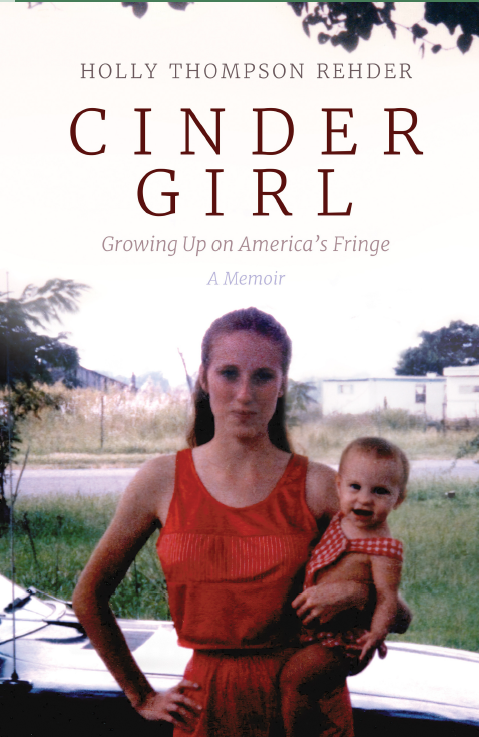 Thompson Rehder dropped out of high school to take care of her family. She had her first child at 16 years old.

Her trials and tribulations are spelled out in a memoir she has penned, “Cinder Girl: Growing Up on America’s Fringe”. Thompson Rehder said she hopes the book will inspire and educate people.

“I want people who grew up like I did to know that there is hope – to know that there is a way out, there is a way out of poverty. Your background does not define you. It doesn’t matter what you’ve gone through, where you’ve come from, or even the mistakes that you’ve made yourself – not just the mistakes that your family made raising you. I want people who grew up like me to understand that you can get out – this doesn’t have to be your life. I see that when I go speak at high schools and groups of at-risk kids. They marvel in their eyes when they see me tell stories of my childhood, because they connect so much with that. They need to see that you can be a state senator, but you have to work for it. It’s not going to be handed to you. And yeah, you are starting from a different block than say, a good portion of people, but you still have opportunity in America. We are Americans. I mean, that’s a blessing just to be born in this country,” she said.

During her ten years in the Missouri Legislature, Thompson Rehder said she has worked hard to educate other members on what her life was like growing up.

“People don’t know what they don’t know,” she said. “The majority of folks are raised in a vacuum. I’ve moved over 30 times between the end of my third grade to the beginning of my 10th grade when I had to quit school. And so, I saw a lot of different cultures, I can have empathy for others because I’ve seen what others have gone through – much worse than me. But a lot of the folks, my colleagues, they haven’t. And so, it’s mine to educate them. I want people to get a true picture of what many, many people growing up like me are living in, have lived through and the roadblocks that we have are different from the roadblocks that say my children had because I provided them a better life.”

She said the book is raw, with some good times and some bad times. Thompson Rehder said she has been writing the book for about the past six years.

“For many years in the corporate world, we would just be telling stories. I was having lunch with some folks and people were talking about where their first kiss was when mine was on the back of a Greyhound bus at 11 years old, some teenager that I had no clue who he was and never met him again. Everybody’s like, ‘Whoa, you need to write a book someday with all these things you pop off with.’ My daddy would tell me for years, ‘Holly, you should write a book.’ About six or maybe seven years ago, I just really felt it in my spirit and I just started writing.”

The title of the book comes from her all-time favorite movie, Ever After. The 1998 film starred Drew Barrymore.

“The reason that is as my favorite movie of all time is because she goes through some really big, big traumatic hardships as a child, but fights her way out. She’s empathetic. She’s compassionate. Her rough upbringing didn’t make her cold – it made her more sympathetic, more understanding. And, as she got herself out, a prince didn’t come save her. I just really resonate with that with my life,” she said.

At the beginning of the movie, an elderly woman talks about the true Cinderella story – the little Cinder girl.

“Coals after they’ve been burned, they’re quite dark and intense, different colored because of their intense journey, but they’re still not out. They’re still hot, there’s still a fire inside. And you know, that’s how I feel. Life didn’t take me out,” said Thompson Rehder.

Her book is available on Amazon and at Barnes and Noble.

Previous Post: « Missourians are about to get up close with INDYCAR racers
Next Post: Missouri’s top educator stresses teamwork in upcoming school year »