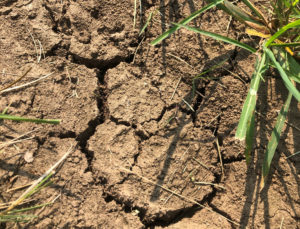 Dry weather is worsening in Missouri, especially the southern half of the state, according to mapping by the U.S. Drought Monitor out of the University of Nebraska. State climatologist Pat Guinan reports “June was overall a hotter-than-average-month for Missouri, averaging about 2 degrees above normal, and it was also a dry month for most locations.”

Guinan, who works for University of Missouri Extension said parts of central and southern Missouri have received less than 0.50 inches of rain since early June– evidenced by brown lawns and stressed crops, gardens and pastures.

Guinan says though it’s a holiday, he hopes projected rains will happen over the weekend “Because it’s so dry, we’ll take it whenever we can get it.” 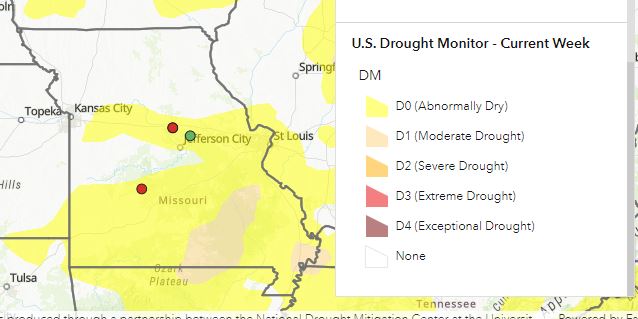 Previous Post: « Missouri Higher Education & Workforce Development Commissioner to begin new chapter (LISTEN)
Next Post: Captain Bob says hire someone to cruise you and your family around the lake (LISTEN) »