The nation’s top spellers are in Washington, D.C. for what could be considered the super bowl of spelling. Eight Missouri students are among the 234 young people who competed today in the Scripps National Spelling Bee – an annual American tradition that was born almost 100 years ago. 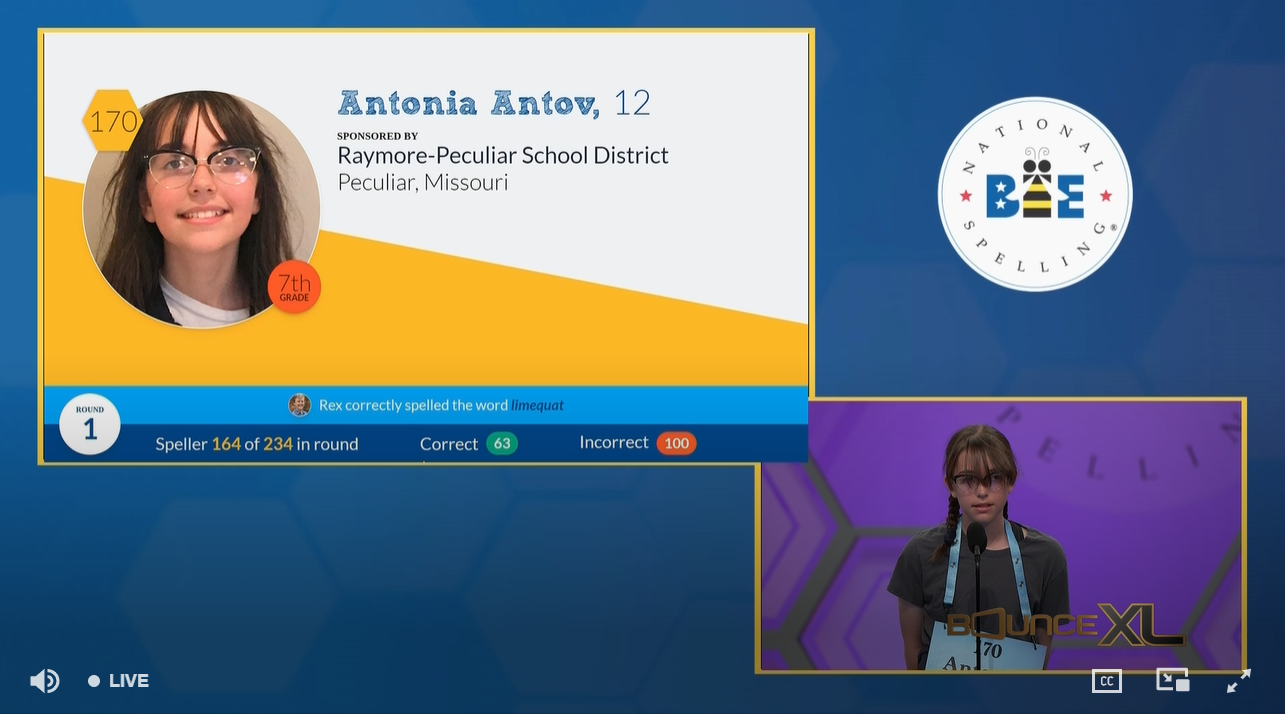 Missourians making it to today’s preliminary round were Aanya Shetty of Columbia, Yash Shelar of St. Charles, Mya Maijala of Doniphan, Makayla McGuire of Savannah, Brooklyn Stewart of Independence, Ben Rozema of Rolla and Kaiwen Soo of Park Hill. They were required to correctly spell two words and select the meaning of another word to advance to the next round. 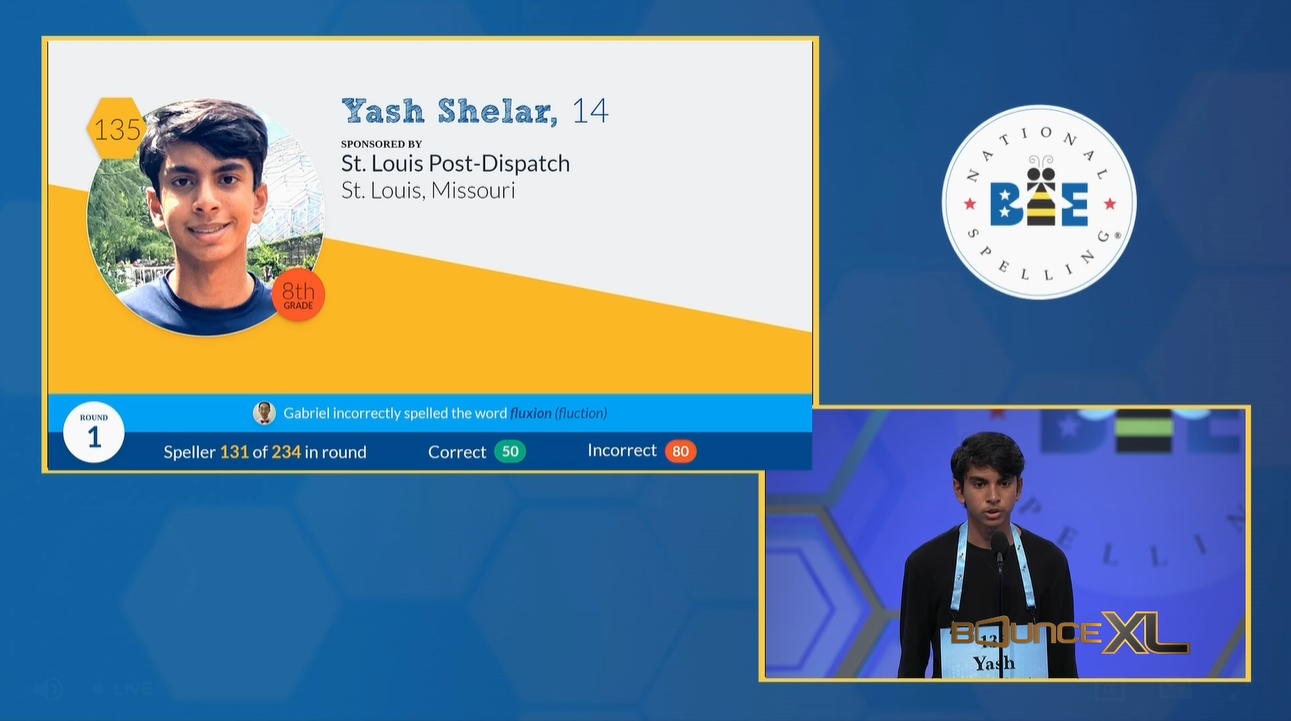 The high-stakes bee was not a breeze. Students spelled words such as sumpsimus, excrescential and funori. The meaning round included words like vaudeville, epistolary and surreptitious.

Wednesday’s quarterfinals include 88 competitors. Three Missouri students qualified for the round – Shetty, Shelar and Antov. 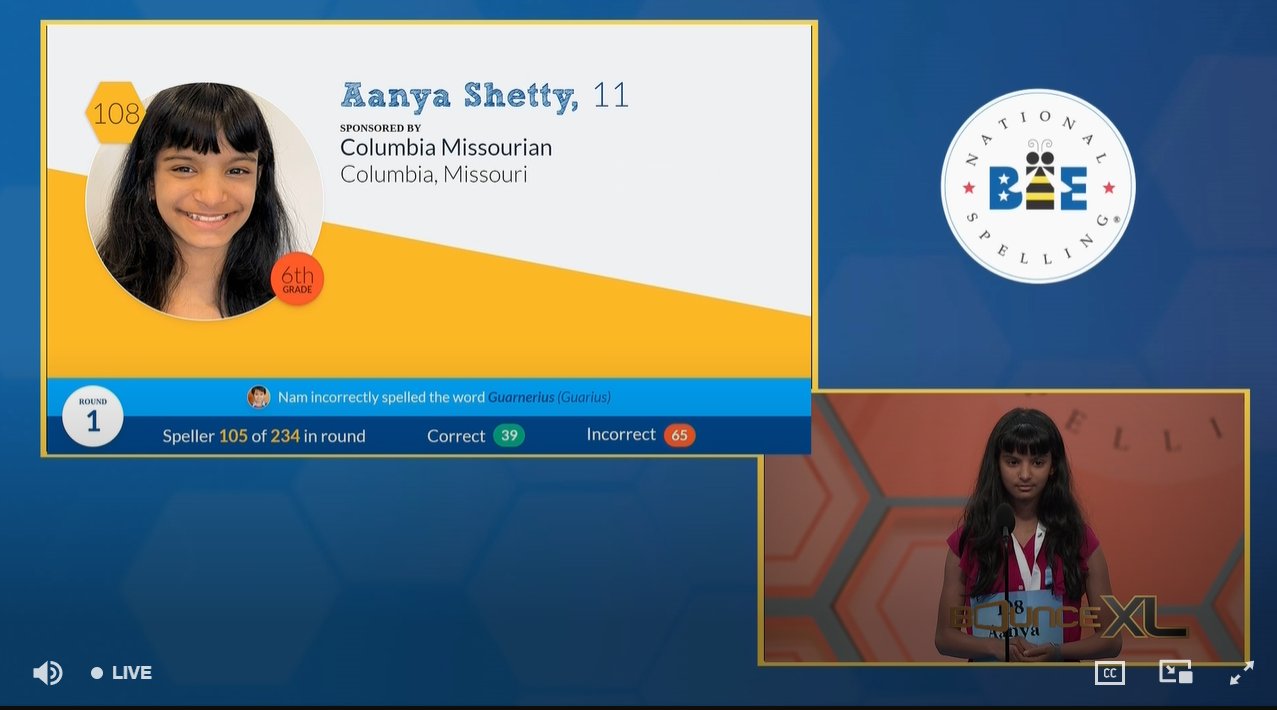 The students are competing for the treasured Scripps Cup, a $50,000 cash prize, a commemorative medal, among other things.

Get the caffeine ready. Wednesday’s quarterfinals begin at 7 a.m. CST.