After years of trying to block an energy company’s ability to take power over private property rights, the Missouri Legislature passed a compromise bill to allow the expansion of Grain Belt Express wind energy lines in Missouri.  The high-powered transmission lines will cross northern Missouri to deliver power from Kansas to Illinois, while providing reduced-rate electricity to areas of rural Missouri. 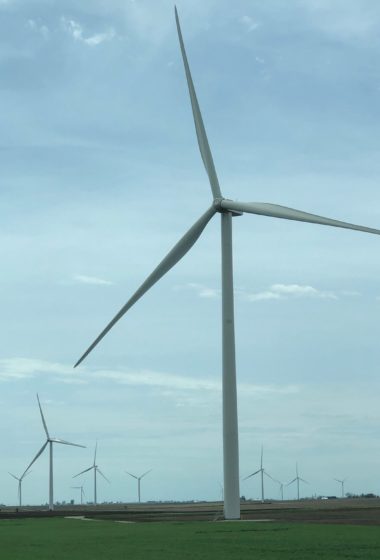 Farmers and landowners had been resisting power line placement on their properties after the state Public Service Commission ruled Invenergy Transmission can use eminent domain power to cross private property. The compromise allows Grain Belt Express to continue but puts restrictions on future transmission projects, including paying landowners 150 percent of the value of the land plus other restrictions. Summary of bill.

Some Democrats opposed the bill because it does not address the power of eminent domain used in cities or against poor communities.

As Tracy McCreery of St. Louis County argued, “There are folks on my side of the aisle very passionate about true eminent domain but reform which this is not it. There are folks that live within a few miles of many of us who had their homes taken not way less than 150 percent of value for Walmarts and shopping centers to be built. And there’s no community public benefit of that.”

Bill sponsor Mike Haffner, R- Cass, has worked on the issue for the past four years.

“Absolutely and that’s one of the things we’re setting up the schedule right now in a joint committee on agriculture which meets a couple of times over the summer and that’s part of the discussion that we’re going to have because you’re right this is a small part of a much bigger picture that we need to address,” Haffner replied.

McCreery says other clean energy power must clear too many legal hurdles to build in Missouri.

“This legislation, although it allows for Greenbelt to move forward, it won’t allow in the future for other things like that to be built unless they hit all of these very specific criteria that are in this bill that’s about to pass. When experts in the field of energy, look at what’s coming. We’re going to need more of these electric transmission lines,” McCreery said

“Make sure that the eminent domain touches not just rural areas, but some of these urban areas have some of the things that may you’ve been talking about over the last couple of years.”

“My commitment still remains consistent with you,” Rep. Haffner promised. “I will continue to work with you on this. I know it’s something that we have to address. And I am more than willing as we go through the offseason to take a look at some of these topics. And as we get into the next legislative session to work with you on correcting them.”

“The legislation will provide at least $12 million in annual energy savings to Missourians across the state, while strengthening America’s energy independence by connecting millions of consumers to domestically produced, affordable and reliable power. All delivered by Grain Belt Express, Missouri’s largest energy infrastructure project.”

Previous Post: « Missouri K-12 education package is close to the finish line
Next Post: That’s a wrap: What bills passed and what bills died this year in the Missouri Legislature »