“Skipper, you’ve got to get back into the squadron,” an enlisted U.S. Navy member said to state Representative Mike Haffner.

They were at Naval Air Station Oceana in Virginia Beach, Virginia on the morning of September 11, 2001. Haffner booked it to a room to be briefed on what was going on.

That’s when Haffner found out terrorists slammed two planes into the World Trade Center, another into the Pentagon, and a field in Shanksville, Pennsylvania – killing 2,996 people.

Haffner, who served his country for 20 years, was the commanding officer of an F/A-18 Hornet Squadron. Eight fighter jets took off from his squadron at Virginia Beach. He led the combat air patrols up and down the entire east coast as they flew to New York City.

“I’ve got goosebumps on it this many years later,” Haffner tells Missourinet. “Anything that flew, we intercepted. We were looking also across the Atlantic Ocean.”

Then came a dilemma. According to Haffner, there was an aircraft coming across the Atlantic Ocean that air traffic control could not make contact with. 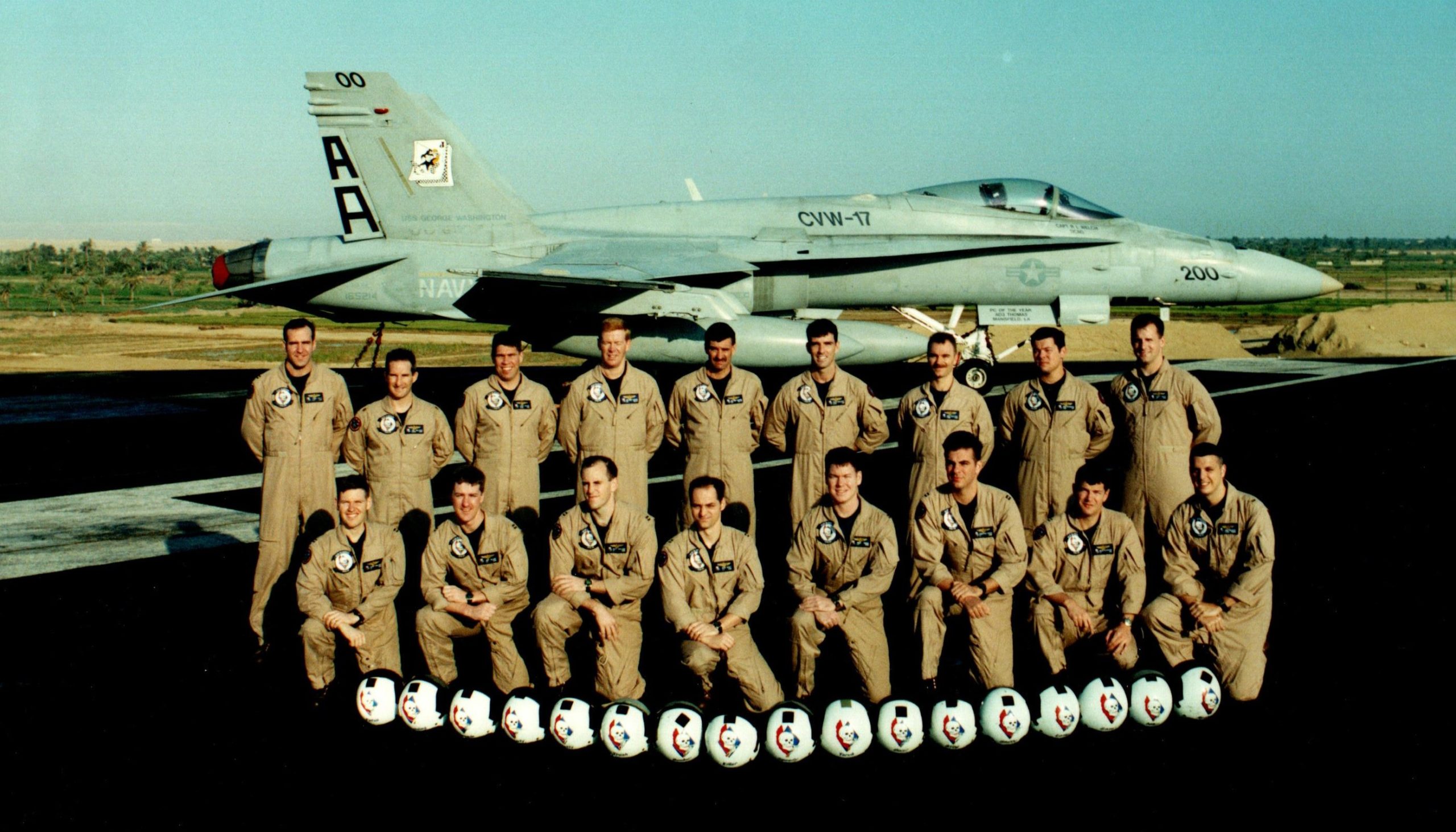 “We were going faster than mach – coming to him head-on. We were doing what was called an intercept,” says Haffner.

“That is the type of thing that folks in the military are facing on a day-to-day basis,” he says. “What civilians don’t understand is there are men and women overseas that have to make decisions based upon the rules of engagement as to what they are going to confront and what they are not. Sometimes that’s very easy. Sometimes it’s extremely difficult, but no different than 9/11 because the face of evil – because we can’t tell who the enemy combatants are – the military makes very hard choices and the civilian population needs to remember that.”

Haffner says on a normal day, air traffic control chatter is jam packed and it is hard to get a word in. Following the attacks, the airwaves were dead silent.

“Blaster, it is me and you,” said the air traffic control operator. “Nobody else is airborne. You are cleared.”

Haffner and his wingman were the only fighter pilots in the sky over the New York City harbor quadrant at that time. The pilots on the other six planes were prepping for patrols.

“Even from 28,000 feet, I could see the horrific devastation that had taken place and that paled in comparison to the death and destruction at ground level,” he says. “That was an attack of evil. That was the face of evil and we are still facing that battle today. It hasn’t changed. We’re still fighting that.”

Following the attacks of the Twin Towers, he looked another young pilot directly in the eyes and asked him a serious question.

“We may be asked to go out there and kill Americans by the hundreds to be able to save them by the thousands. Can you do that,” asked Haffner.

The man took a very deep breath. He looked at the ground and he paused for about ten seconds.

“Skipper, I can do that,” the pilot said.

He says the 9/11 attacks are what define him the most from a political standpoint.

Haffner, a Cleveland native, was awarded several medals throughout his career, including the Distinguished Flying Cross. The DFC is America’s highest award for extraordinary aerial achievement.

He earned that medal for what he describes as his most difficult day in the military. It was 30 years ago. Haffner was in the Persian Gulf flying an A-6 Intruder fighter jet.

An emergency broadcast call came from an Air Force controller saying a gun ship was shot down with seven survivors on the ground near the Kuwait International Airport.

“I was not outfitted for low altitude weapons. I was expected to be going and hunting ships at a high altitude,” Haffner says. “My day was about over and I immediately came up and responded, ‘I’m available.’ But I knew I had high altitude weapons and I knew the circumstances were not going to allow me to go in at high altitude.”

As Haffner crossed the coastline, he says he was flying so low to the ground that he had to make his jet climb up over a telephone pole.

“Where I was given the intel as to where the crash took place, it wasn’t there. The reason I was at low altitude is because Sadam (Hussein) was turning all of the oil wells – he was burning them – to reduce the visibility, to make us, the U.S. war machine, less effective. So I had to go in low,” says Haffner.

He was going at full power the entire time and also burning gas.

“I’m desperately searching for these seven Americans that I think are fighting off the Iraqis on the ground,” says Haffner.

As he looked up, a large Iraqi convoy was coming at him. They were headed to another town to attack U.S. Marines.

“I saw this convoy. I couldn’t attack the convoy because I was still hopeful of being able to help those seven Americans that were sighted on the ground.”

He went over the convoy. According to Haffner, they were shocked to see a fighter jet flying that low.

“They were bailing out of their vehicles, into the ditches. Of course, they were raising their rifles – they were shooting at me. I was being shot at by radar missiles, by heat-seeking missiles, by guns, anti-aircraft artillery. But I will never forget seeing one of the soldiers jump out of a vehicle, get into the ditch, and I was flying so low, I could make eye contact with him.”

He continued on toward Kuwait International Airport because he was running low on fuel. Haffner was being shot at by a heat-seeking missile.

“There’s no earthly reason that I am sitting here today,” he says. “I was inside what they call the no escape region. A heat-seeking missile was sighted. We knew we were targeted.”

Those missiles are 3-5 times faster than a jet.

“We knew we were dead but for some reason it didn’t go up the tailpipes and explode right into the engines. It didn’t hit the airplane,” says Haffner.

He went back to attack the convoy and then headed back to the USS Theodore Roosevelt aircraft carrier.

What happened to those seven Americans?

“A very unfortunate circumstance. We call it the fog of war. Bad intelligence – bad information. It happens all the time,” says Haffner.

The individual who sighted the crash site saw a fire.

“I saw the fire below 100 feet. It was not a crash. That gun ship crashed at sea and all seven Americans died on impact,” he says.

Haffner says he does not talk about his military days very often.

“But it is a very important part of my life, especially in this area where emotion has a tendency to take control of a lot of things. We need to be grounded,” he says. “Our forefathers were very ground. The foundational documents of the Constitution and the Declaration of Independence – that’s were the fight is. Look past some of the emotion. Let’s get past some of the grandstanding and let’s do some good work for the people of Missouri and the people of the United States of America.”

Previous Post: « Rep. Wagner on Ukraine border mission: One of the most consequential trips I’ve ever made (LISTEN)
Next Post: Missouri attorney general sues school board nonprofit for records »