A convoy of tractor-trailers and dump trucks came to Jefferson City Monday, not for a protest, but a procession. They offered a funeral procession for a 13-year-old boy who followed around dad and uncle who own Frank Boys Trucking. He polished the Peterbilts and learned how they worked firsthand from the drivers.

The 150 or so rigs that escorted his grieving family to the graveside were truckers who responded to a call to grant Dalton’s well-known wish, a man nicknamed “Buck” from Eldon explained to Missourinet.

“He always wanted to be part of a convoy and this is what his uncle said, we’ll send him out loud and proud. This is his convoy.”

A Franks Boys company driver, who wished not to be named, said that “trucking is a brotherhood” and the call went out to show up for one of their own.

“I haven’t seen anything like it around here, not here in Jefferson City. I was in a convoy so I couldn’t see them all. That was an amazing thing.  I’m glad this happened for Dalton, I think he’d be truly happy.”

The convoy was escorted by the Missouri Highway Patrol from Eugene to Jefferson City. 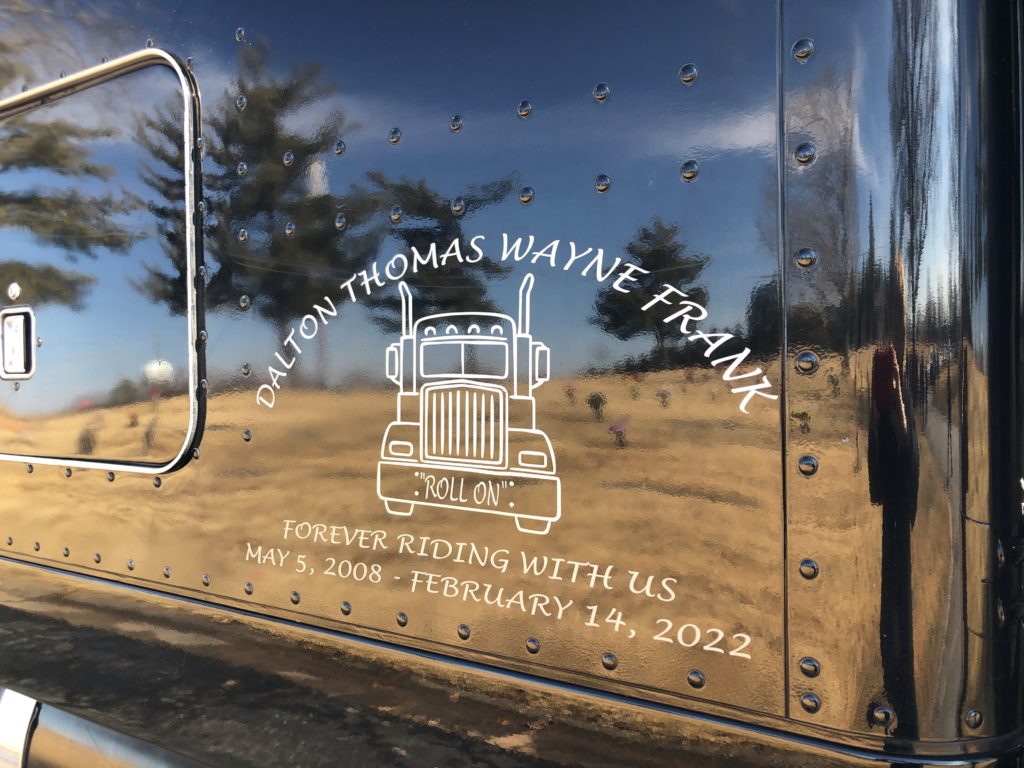 Previous Post: « How much abandoned property does Missouri have? State task force could find out (LISTEN)
Next Post: Missouri could require high schoolers to fill out FAFSA before graduating »