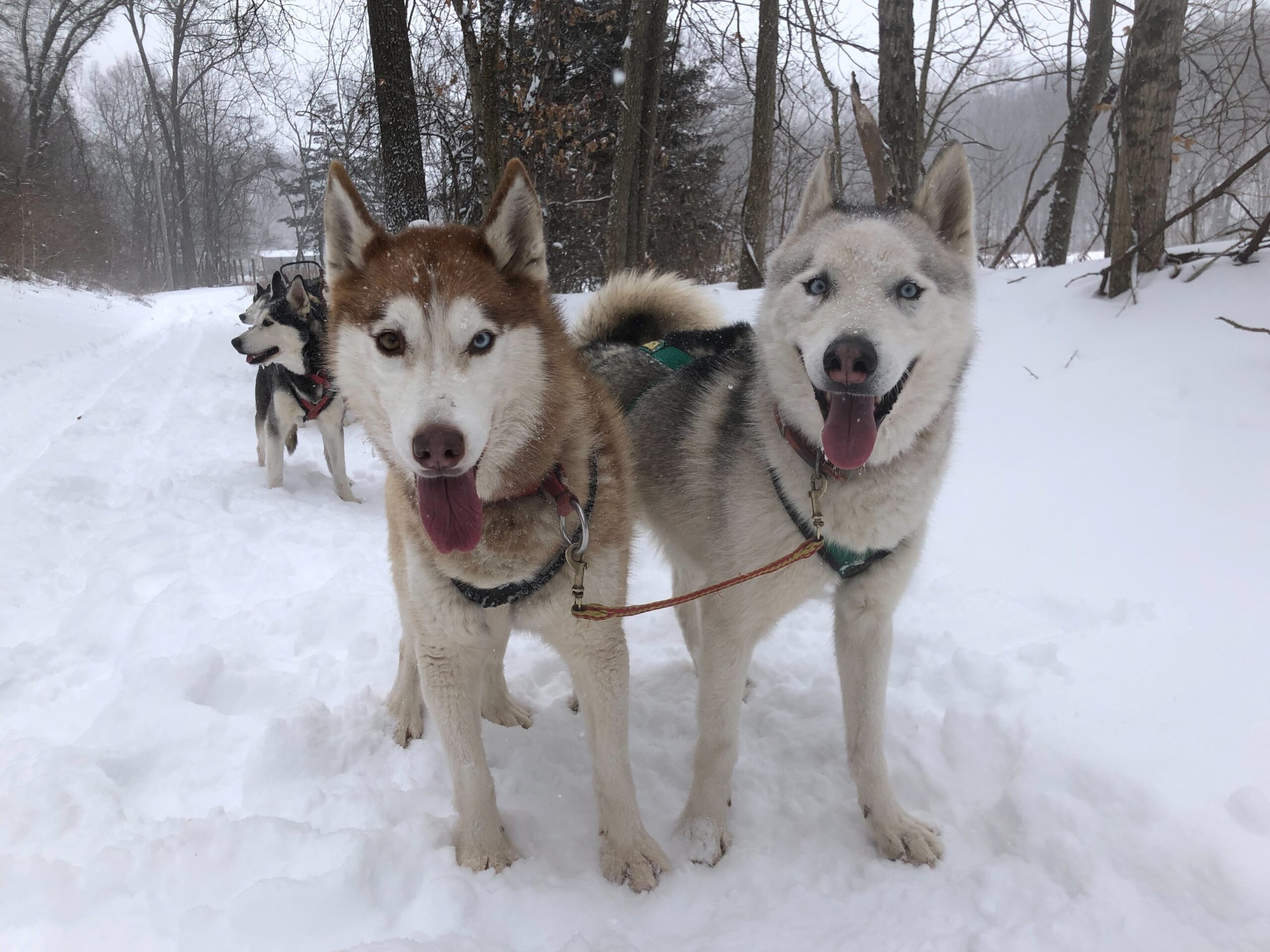 “They’re doing circles and it’s like trying to wrestle a bull to try to get these harnesses on because they’re so excited to go. These guys, they absolutely love it. They live for it,” he says. “When we leave Missouri and it’s 40 degrees and sunny and no snow and we get up north and Michigan it’s five degrees outside and there’s snow up over our heads and stuff, it’s awesome and the dogs just go nuts with it.”

His team is called Breakaway Siberians. Camden says his dogs have come a long way since their first race about ten years ago.

He says he will never forget pulling up to the starting shoot for their first race. There were about 4,000 to 5,000 people there to watch the race.

“My lead dog, Koivu, as we got up to the start shoot, he turned around and looked at me and his eyes were like, ‘What in the world did you sign us up for?’ In my head, I’m like, ‘Don’t even look at me this way. Because this whole thing was your idea. Like I did this for you.’” 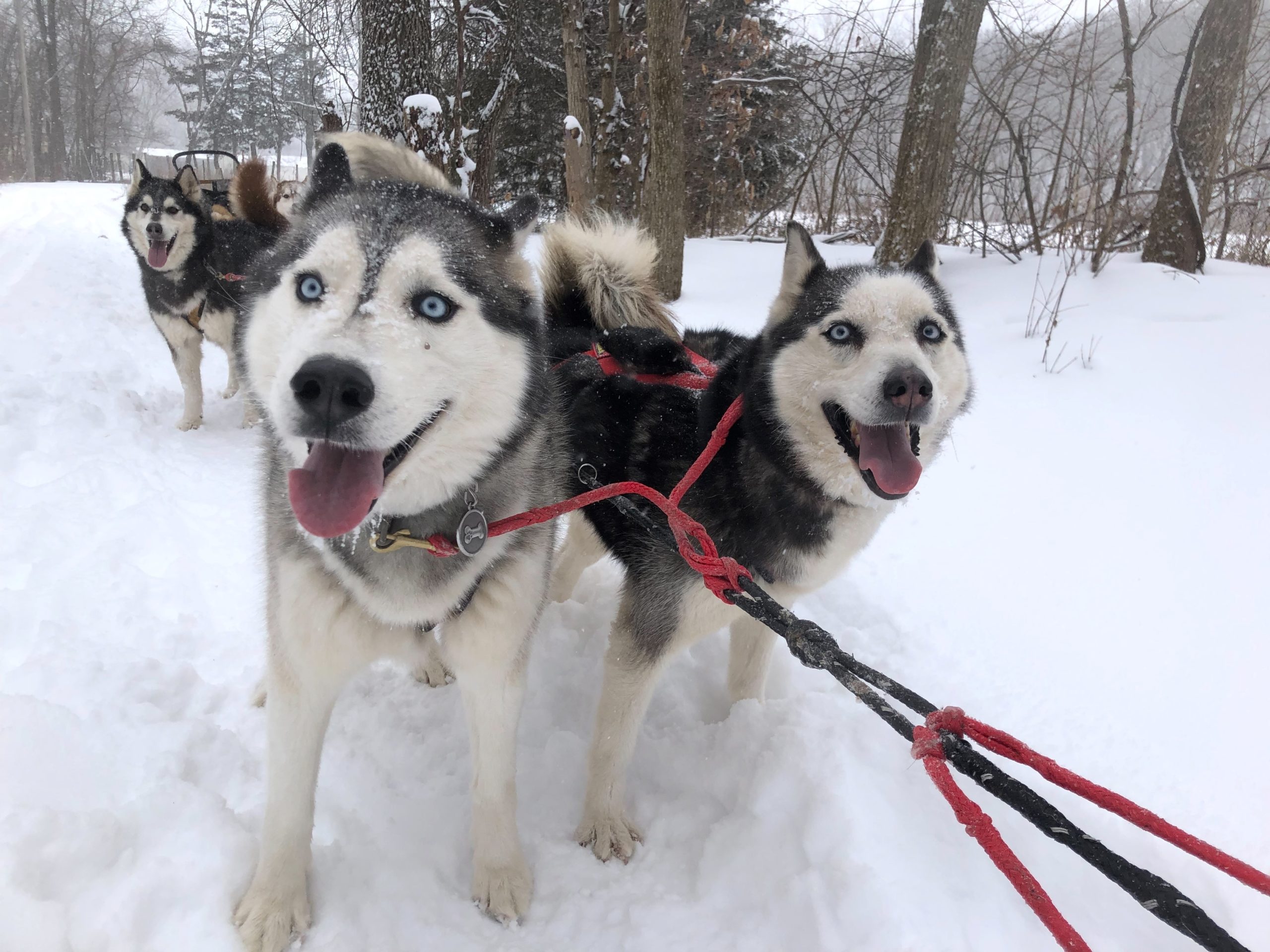 “We had no idea what we were getting into. It was actually a professional race. It was 90 miles long. We were the only team with six dogs trying to do the race. Everyone else had eight dogs.”

So did they run?

“Our dogs just like slowly start walking like I’m just taking them out for a walk in the neighborhood,” says Camden. “We made it probably 30 feet into the race before Koivu decided to take the team up into the crowd. He saw a big group of kids and just wanted to be pet. All these fans are coming over and pet my team, you know, then we made it another 20 feet before we were back up in the crowd again to get more attention.”

After the dogs got enough TLC from the crowd, they jumped into the running mood.

“Luckily, the race officials were like super cool about it. So anyway, long story short, we ended up switching to a smaller race the next day. It was 26 miles, I think. We ended up doing that race and we finished in last place. We set a record for this slowest finish in the history of that race. So the first one was definitely the most memorable,” he says.

But he didn’t give up on them. Camden says his sled dogs, which are all from rescue organizations, have competed in 17 races over the past ten years.

“I continue because of the dogs. I knew they still wanted to run. They don’t care whether they’re racing or not,” says Camden. “Racing is more to try to get them on a trail around other dogs. It’s just they have more fun running on snow and so that’s why I continued with the racing. So we switched down to like the smaller races, the less competitive ones.” 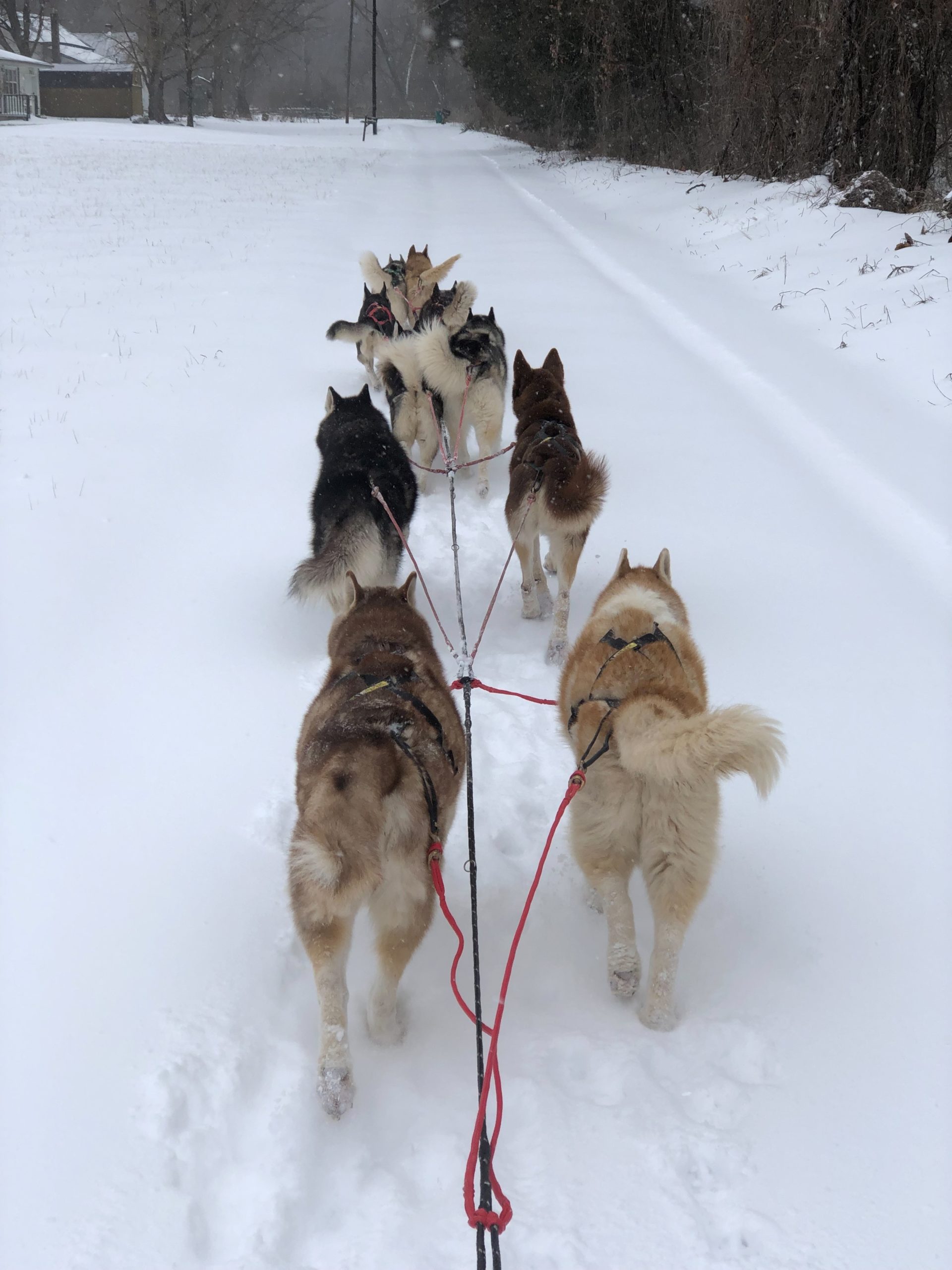 His team’s top speed is about 19-miles-per-hour.

Feeding his pack of dogs is not cheap. Camden says during full sled dog training season in the winter, his 14 dogs go through a 40-pound of dog food every three days.

If you are not familiar with the Husky breed, they are full of personality. They like to have a good time and articulate with quite the howl.

Camden and his wife adopt the troublemakers – the ones who will have a tougher time finding a home. Those make the perfect sled dogs.

So which dog is the naughtiest?

“If you ask my wife, she would tell you Marleau is naughtiest. She is probably also the most spoiled. She’s kind of a daddy’s girl. She pretty much has me wrapped around her paw. But naughtiest one? Gosh, it depends when it comes to like, I always rank the naughtiest for the dogs that are escaping our yard. We have a 7’ or 8’ high fence. We have concrete buried underneath the fence and still every now and then one of our dogs, named Kaiya, is able to somehow escape our yard and run around our neighborhood. So she is probably our naughtiest, I would have to say,” he chuckles.

Camden and his wife figured out why Kaiya would make a break for it.

“Every time sled dog season would end, they’re conditioned to run like roughly 30-40 miles by the end of sled dog season. And here in Missouri, it’s not like gradual weather like 31 one week. Then it’s 40. Then it’s 50 or 60. You know, it’s like 31 week and then the next week, it’s 105 with humidity. And so, our seasons always end very abruptly. But our dogs, you know, going from being exercised to run 30 something miles, they still need to expel their energy. And so, we started to realize when these escapes are always happening was right at the end of sled dog season. So Kaiya was always breaking out. There were a few other times some of the dogs followed her out. And the biggest escape that we had was four dogs got out at the same time and they stayed together in pairs,” he says.

Who gets the title of biggest drama queen?

“Yeah, that’s not even a competition. Our biggest drama queen is my first dog, Koivu. He is so spoiled. He’s got so many ridiculous personality quirks and I’m almost embarrassed as a dog trainer that I haven’t corrected any of this stuff but he’s 13-and-a-half now. He’s set in his ways. So it’s far too late to change anything now,” says Camden.

To listen to the Show Me Today interview, click below.

Previous Post: « Feds sue Missouri to block enforcement of gun law
Next Post: Plant focused on cleaning up the environment is headed to Missouri (LISTEN) »