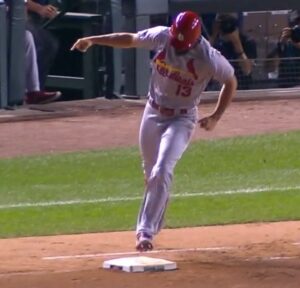 The St. Louis Cardinals opened their series in Pittsburgh wtih a 7-3 victory over the Pirates.

Matt Carpenter hit his second pinch-hit three-run home run in as many days in the sixth inning to put the Cardinals ahead 6-1 while batting for John Gant (2-2).

Gant gave up one run, three hits and five walks in five innings as St. Louis won for the sixth time in eight games.